Revolution Fibres hit the headlines during Tech Week for its collaboration with fishing company Sanford to produce an anti-wrinkle treatment made from discarded hoki skins.

But the Henderson-based nanotechnology firm is doing so much more than making beauty products.

Its flaghip actiVLayr face masks are made by electrospinning liquid collagen extracted from fish skins into nanofibre.

The collagen nanofibre is combined with bioactives such as fruit extracts which provide the cosmetic benefit. When the sheets are exposed to wet skin they dissolve rapidly, releasing the treatment deep into the pores.

“The one we’re most proud of is in the medical area, with the ability for drug compounds or medicines to be added to the actiVLayr formula.”

Applications for nanofibre technology in general are practically endless, he says. Revolution Fibres has created products that are used in everything from sound control and fishing rods to Formula 1 cars and anti-allergy bedding.

“You might think nanofibre and textiles are not relevant to your technology, but I bet I can find a use,” Hosie told a gathering at Tech Week’s Manufacturing and Design (MaD) conference.

So far the company has made nanofibre textiles from over 30 different polymers. Half are biopolymers, and a third come from recyclable material.

One of the exciting things it’s working on is using nanofibres to carry functional materials, Hosie told the conference.

“Think about aerogels, think about carbon nanotubes, think about graphene, all these materials which are incredibly useful but they’re essentially microdust, they’re very hard to put into production processes.

“But if you can embed them into a textile all of a sudden they can be a lot more useful,” he says.

Revolution Fibres has developed a platform technology which can disrupt multiple markets, he says. That then presents the challenge of how to structure a business model.

The company noticed that whatever it developed, it would always get clients seeking a customised solution. “We had to create a model that embraced that platform,” Hosie says.

While nanofibres are an extremely innovative space, there is a gap between what industry wants and what the research community is doing, he says.

Revolution Fibres is aiming to plug that. It doesn’t need a big R&D function, academia is doing that work – what it needs to do is turn the innovation into manufacturable products, he says.

“Effectively we run a non-recurring engineering business model where clients come to us, they say, ‘look I’d like a membrane for my clothing, is there any way it can achieve these objectives’, and then we can start to pick the right polymer, the right application and merge the two together.”

Through proving such partnerships early on Revolution Fibres is at the cutting edge and ready for the next wave of adoption, he says. 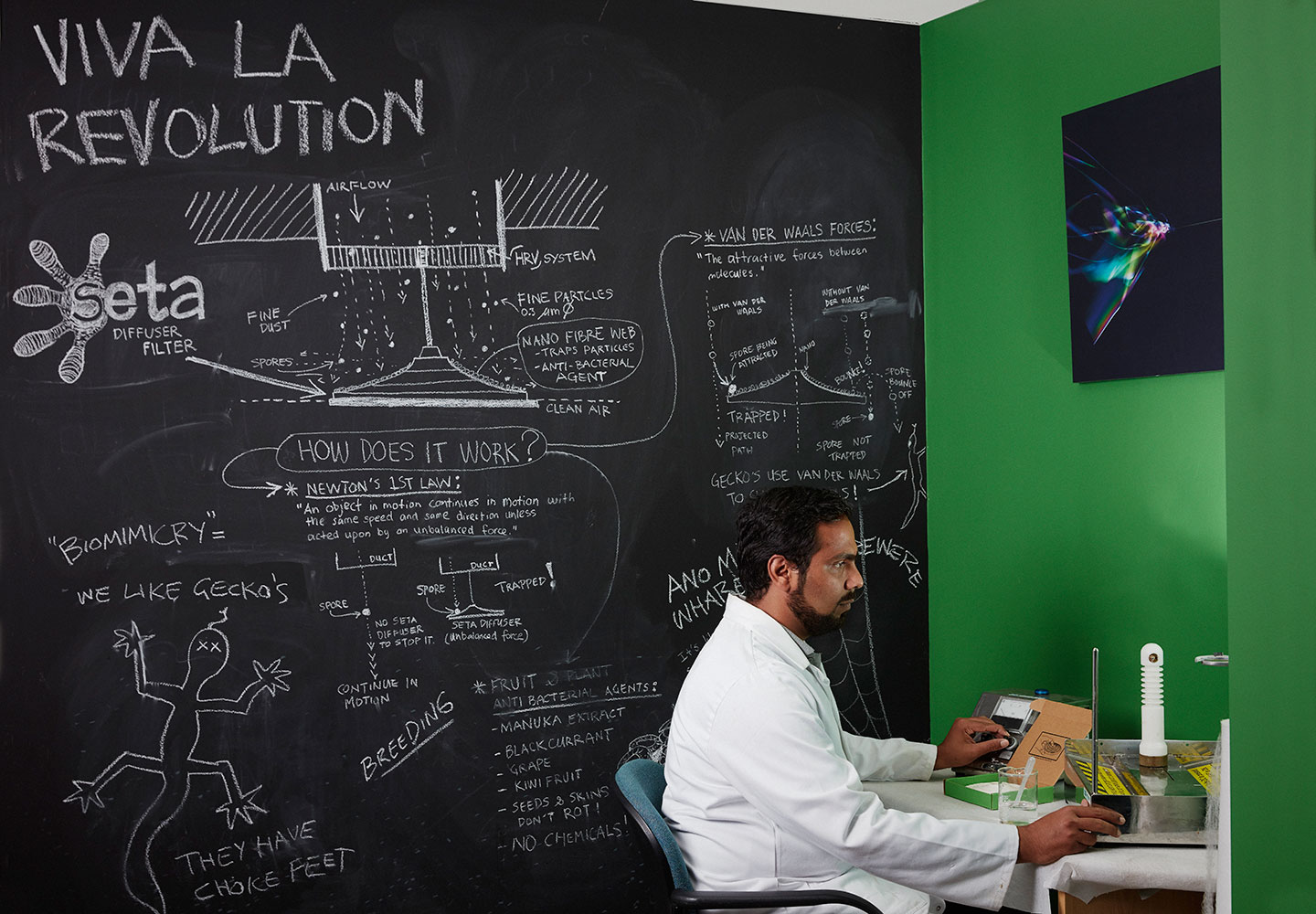 Andrew Clews, Callaghan Innovation’s Business Innovation Adviser Digital and Health, says the agency has been with Revolution Fibres along its journey, assisting with project and student grants, and providing wide-ranging advisory support.

Callaghan Innovation supported the collaboration between Revolution Fibres and Sanford, and is assisting the companies with R&D.

“We’ve worked with Revolution Fibres on both the technology and developing the machinery to deliver it,” he says.

“Our solutions have been tailored to the company’s needs, supporting them in areas as diverse as business strategy, capital raising, product performance, and preparation for engaging with offshore markets.”

This article was first published in EMA Business Plus magazine.