As training on live animals becomes less palatable Holsim is finding a ready market for its silicone stock.

When Hamilton industrial designer Mike Williams and his colleagues were asked to make an anatomically correct mannequin of a cow they thought, ‘how hard can it be?’

“It turns out it was quite hard,” Mike says.

Five years on that effort has blossomed into an international business selling animal mannequins for training veterinary staff and artificial insemination (AI) technicians.

Called Holsim, the company has customers in 10 countries and a distributor in Germany. It has even received interest from the Middle East to create a camel mannequin. “Apparently in the UAE there are a couple of very rich sheiks who have AI laboratories because they breed racing camels,” Mike says.

As it becomes less acceptable to undertake training on live animals Holsim is seeing growing global demand for its silicone herd. To date it has developed a cow, a pig and a dog, and has plans to expand into horses and sheep. 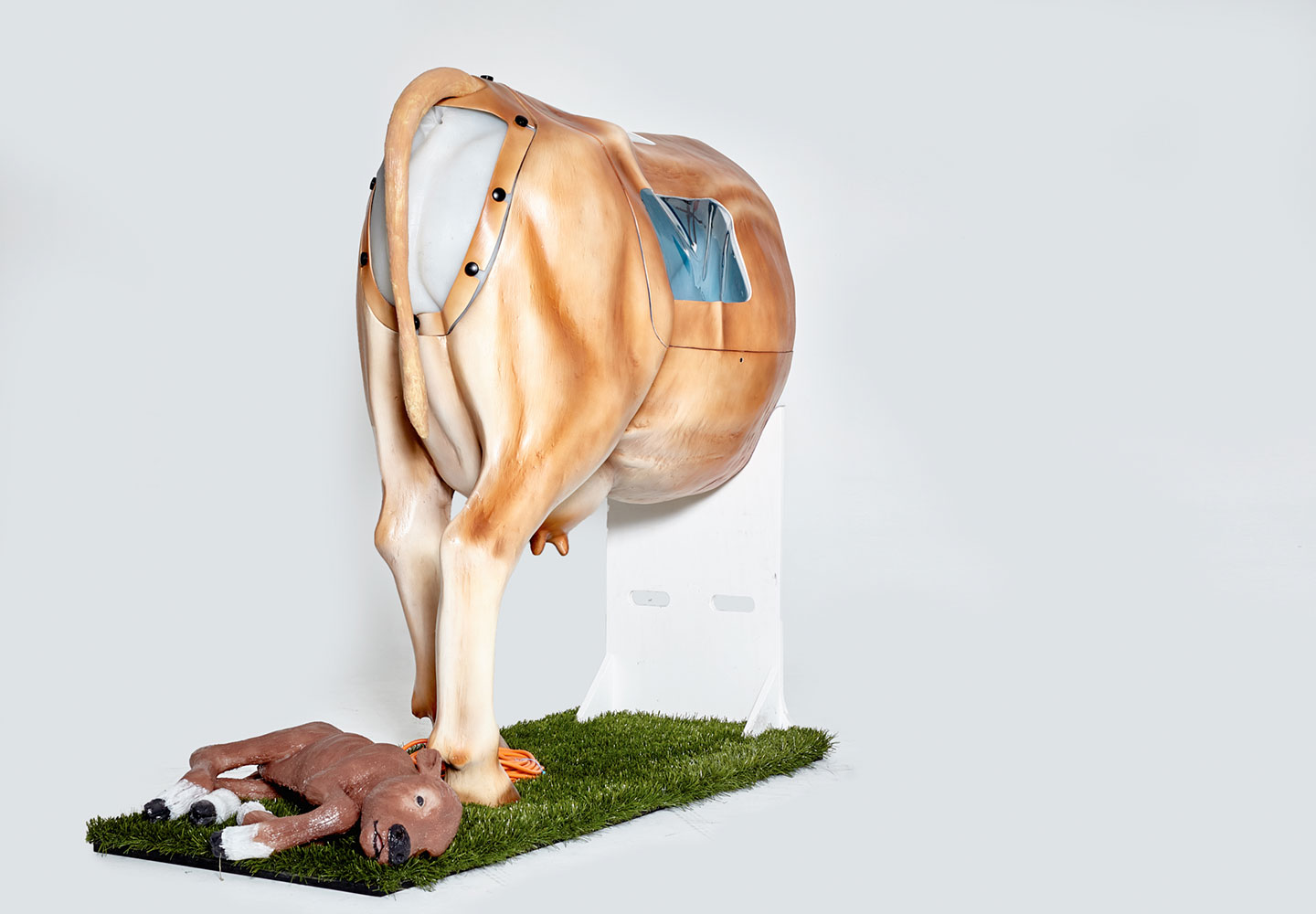 The mannequins are more lifelike than you might think. The cow, for example, comes complete with simulated poo. There is a technique students must learn to get their hand out from inside an animal without getting covered in poo, Mike says. If the trainee is taking too long to complete a procedure the instructor can push a button and they get a dousing.

“It’s all heated to body temperature, the simulated poo feels just like the real stuff,” he says.

Holsim’s founders launched their innovation as a standalone venture after going through the Sprout agritech accelerator programme.

The company won the Callaghan Innovation Partnership and Collaboration Award at this year’s Fieldays®, attracting attention for some of the other technology it’s incorporating into the offering.

It is using augmented reality to provide spatial awareness. A student learning how to birth a cow can walk around the animal model using an app on their phone to gain a better understanding of the calf’s position, and then “put their phone down and have a go”, Mike says.

Holsim’s posable dog teaches vet staff how to take x-rays by using object recognition. The trainee places the dog’s paw on a machine which compares that to a library of images. “It sees what position the dog is in, and then pulls up an appropriate x-ray out of the database that says, ‘yes, you’ve got it right’ or ‘no you haven’t’,” Mike says.

The company manufactures all its animal mannequins at its downtown Hamilton premises, and has funded growth through sales thus far. While there are competing products on the market, most have either limited clinical value or are so sophisticated and expensive they are used for demonstrations only, he says. In contrast Holsim’s models are hands-on and designed for long term use. 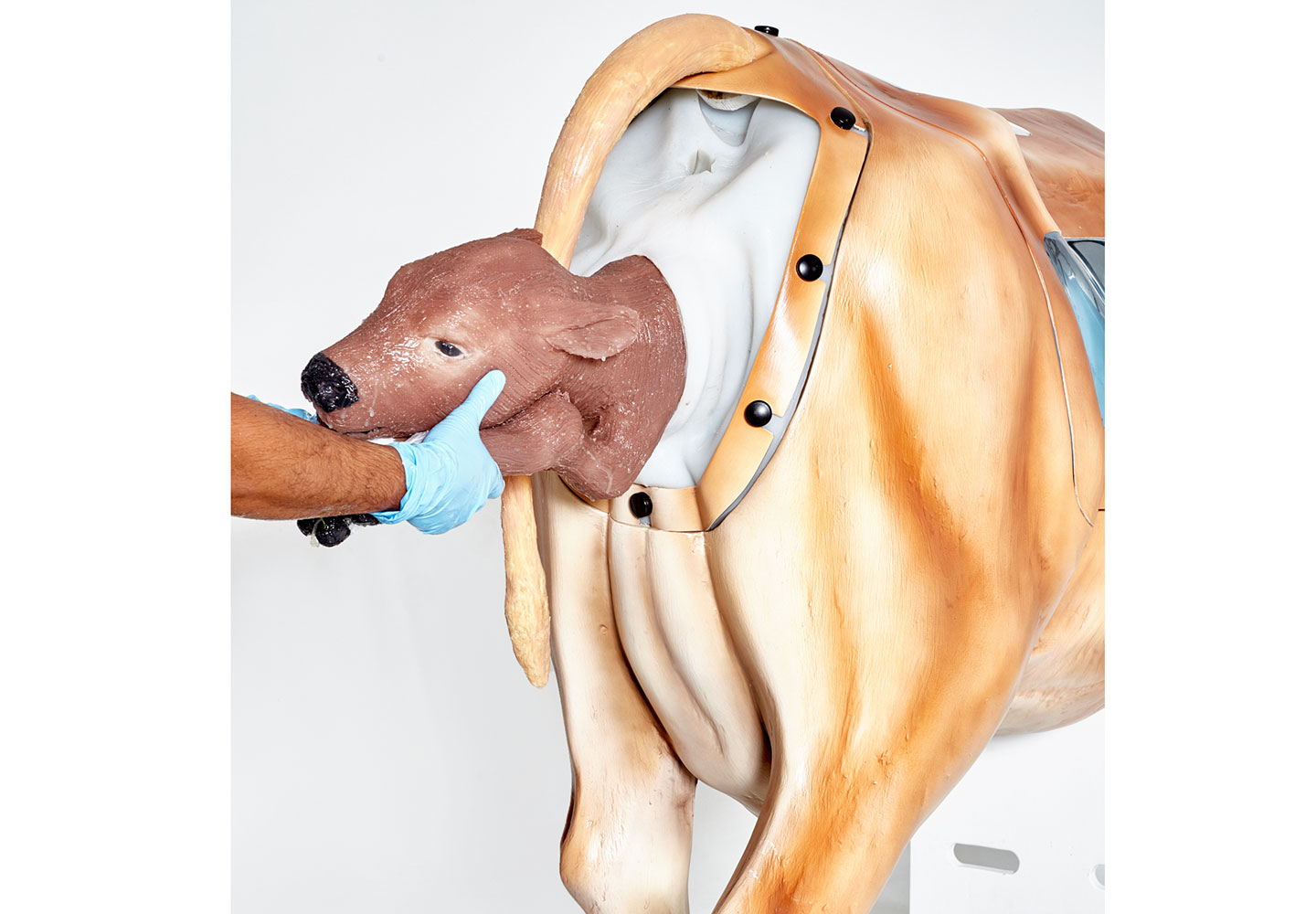 As Holsim continues to scale it is actively seeking staff and commercial partners and is working with Callaghan Innovation on a grant funding application, Mike says.

Holsim is impressive as a startup because it was global virtually from day one, Callaghan Innovation’s Group Manager Agritech Simon Yarrow says.

“They found international partners and customers at an early stage,” he says. “They are doing it more cost effectively than their competitors, and then adding a whole other level of educational technology with tools such as AR,” he says.

“We look forward to supporting Holsim as it continues on its growth journey,” he says.