Callaghan Innovation is proud to once again sponsor the NZ Hi-Tech Kamupene Māori o te Tau – Māori Company of the Year award. Ahead of the awards on 5 August, we’re checking in with the four finalists – AgriSea, Envico Technologies, Plink and Height – to find out how they’re making their mark as Māori innovators.

It’s a lot of fun to work on innovative technologies that are good for the environment according to conservation technologists Sam Vye and Cameron Baker, co-founders of Envico Technologies.

The Envico Technologies team develop some of the biggest drones in the Southern Hemisphere. Their drones play a critical role in protecting New Zealand’s native species - from kōkako birds in Taranaki, to mighty kānuka trees in Otago.

Envico’s drones can reach far into the remote corners of Kiwi bush to monitor and bait even the smallest pesky pests that decimate our native species. Powered by Envico’s own software, the drones can plant native trees at the click of a laptop button.

“Compared to manual tree planting, our drone seed pods technology can reduce the cost of native tree planting 25-fold,” says Vye. “The biggest of our drones can carry up to 200kg of seed pods, bait, and other equipment – so we can really cover a lot of ground.”

A key challenge for the conservation sector is in the hotly debated use of toxins to reduce predator populations. Existing toxins can be harmful to native species too, so Envico are working on species-specific toxins with their subsidiary research laboratory, Riuwaka Research Ltd.

“We’re working on a rat poison at the moment that a little spotted Kiwi could eat 10kg of with a bowl of cornflakes for breakfast – and it wouldn’t feel a thing. Aside from pretty full.” 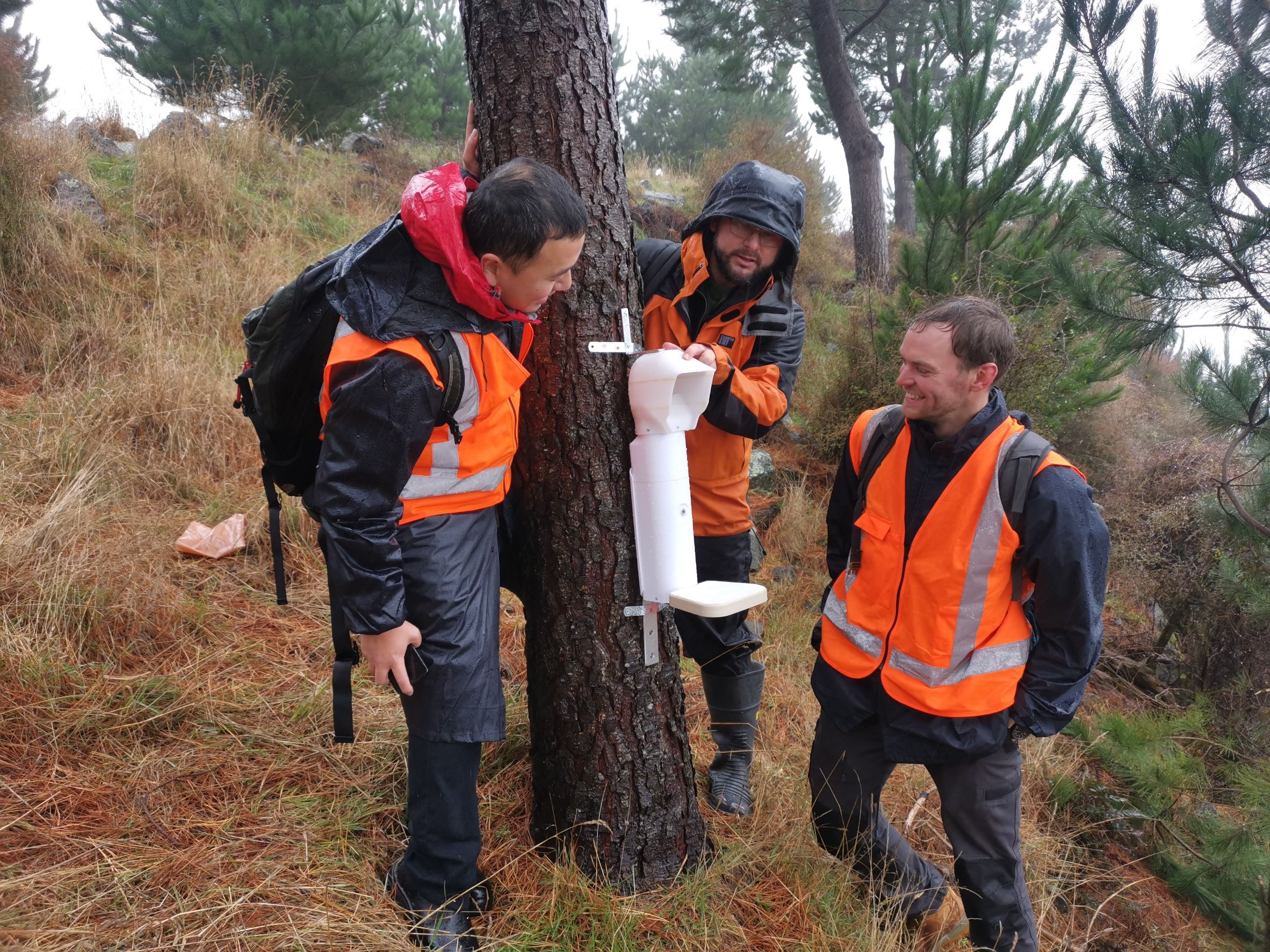 But there’s one key secret ingredient that allows Envico’s technology to really fly.

“Marrying mātauranga Māori with traditional science is the key to achieving New Zealand’s predator free goals,” says Vye. “When we’re developing products – we take existing ecological knowledge like how possums move, how native trees grow in certain areas, and then couple it up with our tech expertise to create solutions.”

Driven by this ethos, the Envico team mostly work and partner with Predator Free New Zealand, conservation groups, the Department of Conservation, and Māori organisations and iwi.

“Partnering with conservation groups allows us to contribute to a kind of ‘circular knowledge economy’ in the conservation technology sector,” says Vye. “We want to share knowledge, keep it going around, to make sure ideas can flourish. That mohiotanga – the sharing of knowledge - and connection with others is so important.”

With such sophisticated drone technology, the team often gets requests to use their drones for commercial applications such as fertilising crops. But they’ve kept the focus of Envico on the ngahere.

“The heart of what we do isn’t actually the drones. It’s in our passion for the native species of New Zealand and making sure we stay focused on innovating for the good of the environment. So, we keep pretty focused on using our tech for conservation.” 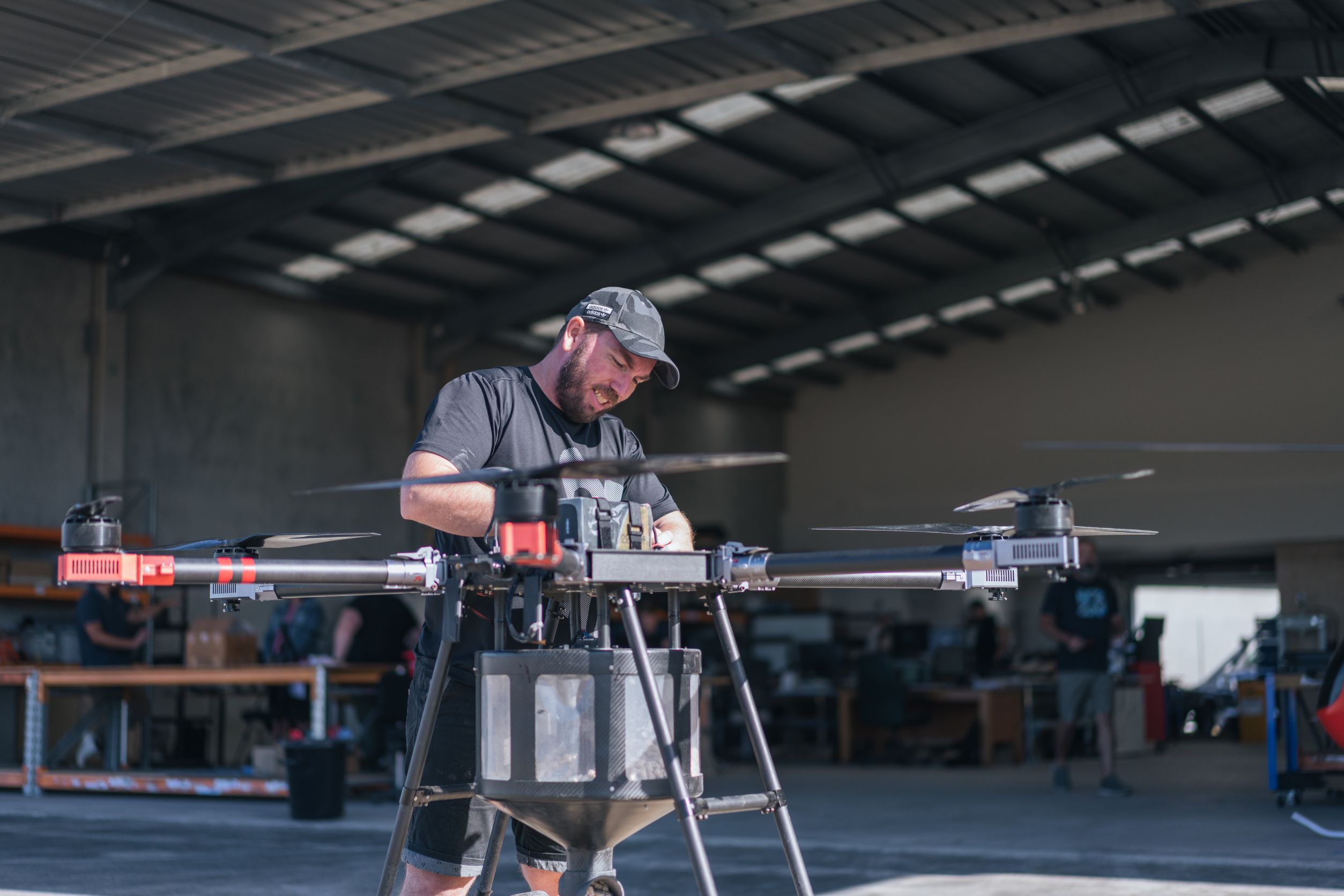 Global demand is rising for conservation technologies. The global green technology and sustainability market size was valued at $10.32 billion in 2020 and is projected to reach $74.64 billion by 2030.

And while New Zealand’s environment remains the number one priority for Envico Technologies, the team are looking to expand to Australia and the United States, with long term aspirations in Europe.

“We want to be the world leaders in biodiversity technology,” says Vye. “We’re focused on real tangible problems that you can create real tangible solutions for. It’s taken us into something that we love, instead of something that’s just profitable.”

As large companies around the world make moves to contribute to climate change solutions, Vye says that biodiversity and forest health is emerging as a priority. The Intergovernmental Panel on Climate Change (IPCC) has identified that healthy forests will be essential in mitigating the impacts of climate change.

“Forest health is inextricably linked with climate change. More regions around the world are realising this – and trillions of dollars are being spent on protecting natural ecosystems.  But there’s very little in the way of innovative solutions out there in the world to contribute to this.”

“New Zealand has always been a world leader in caring for our environment – guided by our national values around kaitiakitanga, guardianship. So, it’s natural that we lead the world in conservation technology too. That’s what’s next for us.”