This article was published on 1 December 2017

Five years ago Mike Brown broke his back, leaving him with severe spinal injuries and bladder problems. Now he and the rest of the Uri-Go team have developed award-winning technology to help those suffering from similar difficulties.

Uri-Go has created a wearable bladder sensor for people who have difficulties telling if they need to go to the bathroom. This can include those with a spinal cord injury, Parkinson’s disease or numerous other conditions.

“In my case, it can lead to embarrassment, but it also puts me at risk of contracting dangerous infections,” Mike says.

“I just dreamed up this idea of a device I could wear that would tell me when my bladder was full. Essentially something that would notify my smartphone.”

Callaghan Innovation, the government’s business innovation agency, set up C-Prize to encourage people to push the boundaries of what’s possible through technology, and solve real-world challenges.

This year’s competition focused on wearable technology to improve human performance and wellbeing.

When he found out about C-Prize Mike brought together a friend with technical expertise and a urologist, formed Uri-Go and started building prototypes.

“The user testing we've done has been phenomenal. We've proven beyond a doubt that there is a strong need. It’s comforting to know that the market really wants this innovation.”

Mike says he’s “learned tremendously” from C-Prize and the connections he has made. “This competition is fantastic in its collaborative nature.”

“It is a really great idea and a highly innovative hardware-software solution. The team has shown the talent to pull this off and generated impressive momentum in their program.” 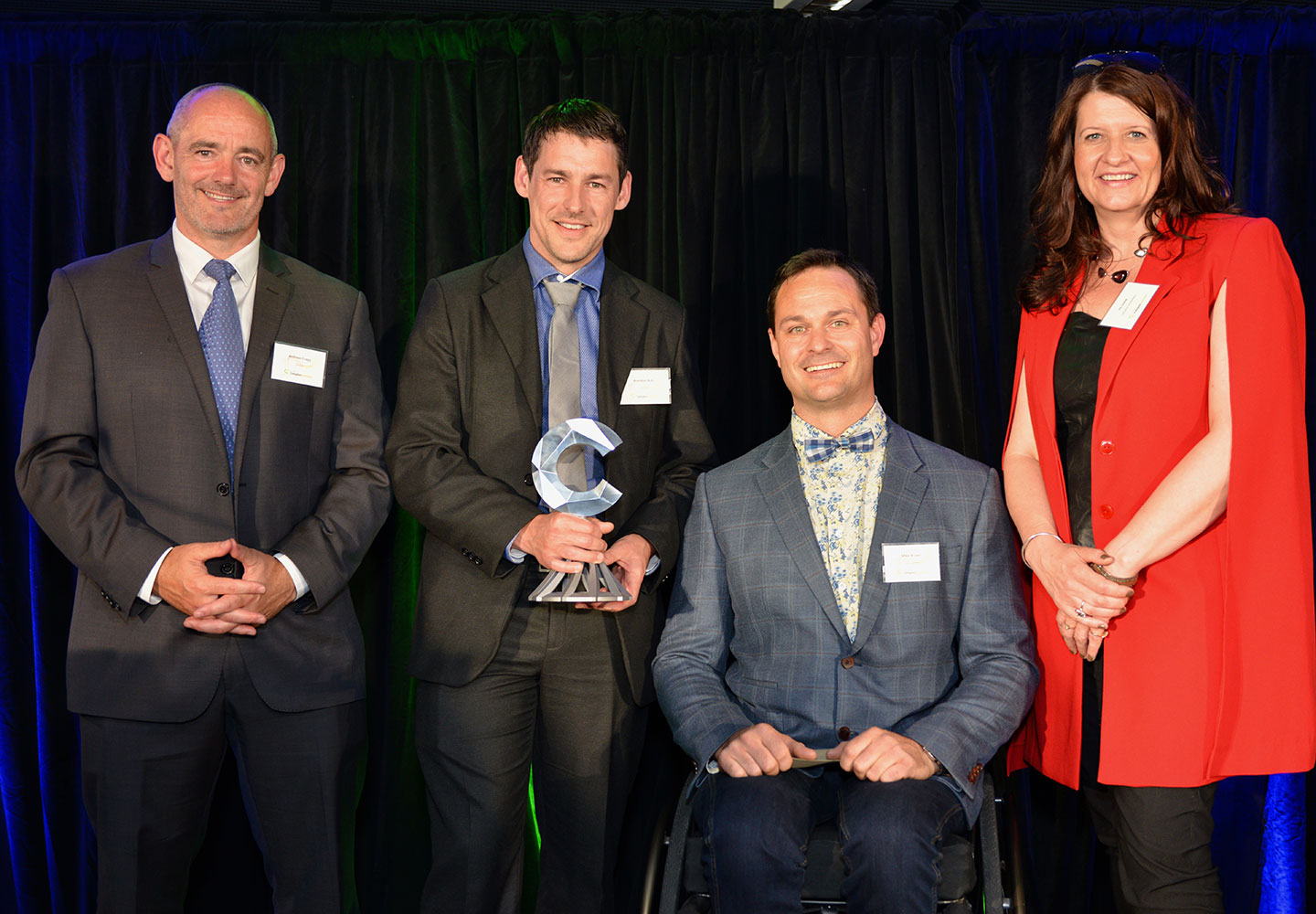 Callaghan Innovation CEO, Vic Crone, says the C-Prize helps the teams take a technology idea through to a prototype, then gives them international exposure.

“C-Prize has already led to business success, with the top two teams in the 2015 competition, Vortec and Dotterel, forming companies that have earned acclaim on the world stage.”

The 2015 C-Prize focused on drone technology for the film industry.

The C-Prize experience was “fantastic” says Vortec engineer Ryan Kurte. “In the workshops on business development we learned things we apply all the time.”

Dotterel won ‘most innovative product’ at a major US tradeshow and recently completed one of the world’s largest business accelerator programmes, Techstars. Yesterday (30 November), the company announced it had closed a funding round of AU$500,000.

“Helping that success is what Callaghan Innovation’s all about,” says Vic.

Along with Uri-Go, nine other teams made the finals of C-Prize 2017.

“Some exciting technology has been developed by these teams and we want that to turn into more successful high-tech businesses,” Vic says.

The finalists each received $10,000 and support from Callaghan Innovation and NZTE to develop their wearable technology prototypes.

The other finalists were:

Blythe Rees-Jones says all the teams can take credit for tackling very difficult problems and giving powerful presentations to the judges.

“The lengths the teams have gone to in creating innovative next-generation wearables is a testament to them and the C-Prize as a whole.”

More information about the finalists can be found on the C-Prize website.

Download the C-Prize 2017 Finalists' Journal which tells the story of the finalist teams' challenges and progress.