This article was published on 5 March 2019

There’s no denying our economy’s roots in agriculture run deep but it’s clear that our land-based industries won’t flourish without innovation. If the strength of a recent New Zealand mission of agritech specialists to Australia is anything to go by, we could in fact lead the way. 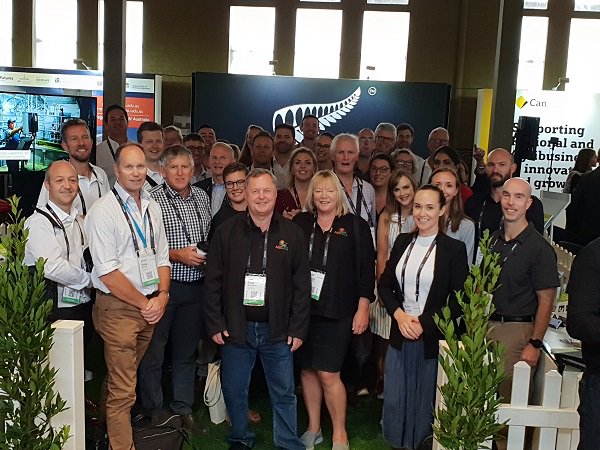 Some of the NZEvokeAg19 crew

Over 80 peole from 50 NZ organisations attended evokeAG – from startups, to corporates, to investors, and research organisations – inspired by a Callaghan Innovation-led mission to Melbourne from 18-22 February.

They were there for evokeAG – an inaugural two-day conference bringing together the agritech community across New Zealand, Australia and Asia to look at the future of farming and food. It was a chance for some of the cream of the Kiwi agritech crop to showcase their innovations, make connections and pitch for investment.

“There was real diversity among the Kiwi delegation, and more generally at the conference, and that’s what we wanted – to bring all the different pieces of the puzzle together,” says Callaghan Innovation’s Agritech Group Manager Simon Yarrow, who led the New Zealand mission.

“There was huge opportunity for cross pollination – for startups to have their business models validated, for corporates to tap into innovation, for high growth companies to pitch to investors. For everyone, it was a big learning curve.”

The agritech scene, notes Simon, is heating up. “Ten years ago there was no significant venture capital going in to agritech – it was totally unsexy – but now we’re seeing that change for two reasons: one, because there’s huge opportunity to take technology from other industries and apply them to agriculture; and two, we have this global increase in population and wealth that’s driving the need for greater food production.”

From companies using insects to minimise food-production waste, to vertical farming operations – another major focus at the conference was on using alternate technologies to address environmental concerns, says Simon.

Integration was another theme that ran through the sessions, he says. “That’s about making sure there’s better integration between new technologies and current ways of farming so farmers and consumers are both taken on the journey. There was less talk about ‘disruptive’ technologies, and more talk about solutions that are complementary to traditional ways of farming.” 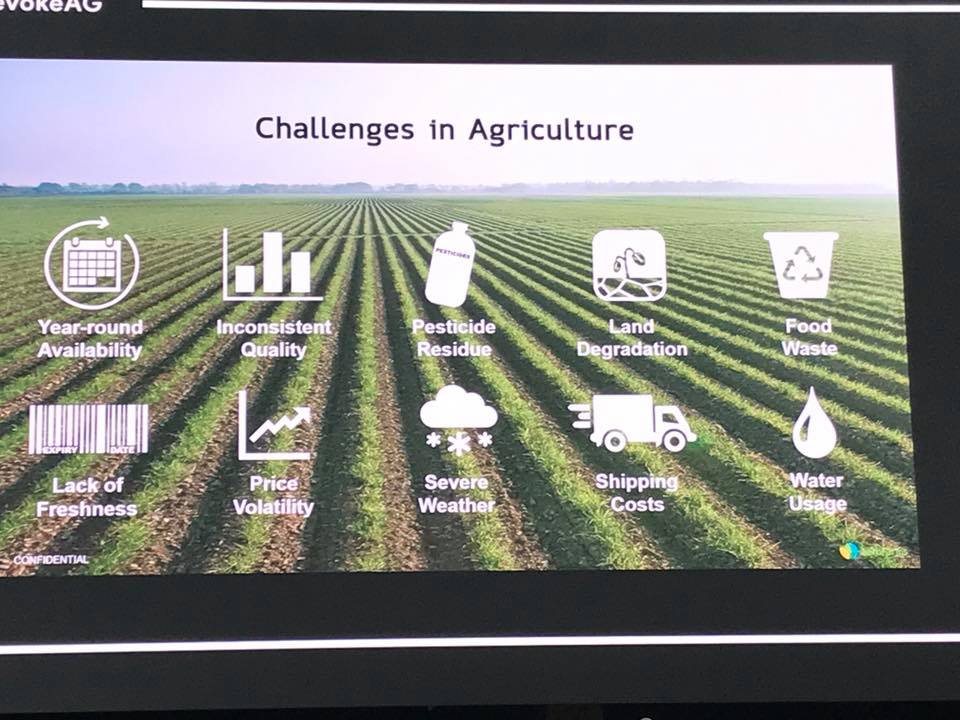 Simon says the trip typified the modern business mission, which isn’t solely about attending a conference. Delegates got together the week before flying across the ditch, for example, to meet, network and practise investment pitches. And the first day of the mission was spent on site tours, including visiting Australia’s largest family-owned glasshouse operation and a dairy research institute.

Kate Gwilliam, CEO of Palmerston North-based agritech startup Zeddy, says one of the biggest benefits of being part of the delegation was gaining an understanding of the global agritech sector.

“When you’re in New Zealand you don’t necessarily know what’s going on a lot of the time internationally. Just gaining an understanding through the site visits of the level of technology Australia is using on its farms was really eye-opening. It showed me that New Zealand definitely stacks up well.” 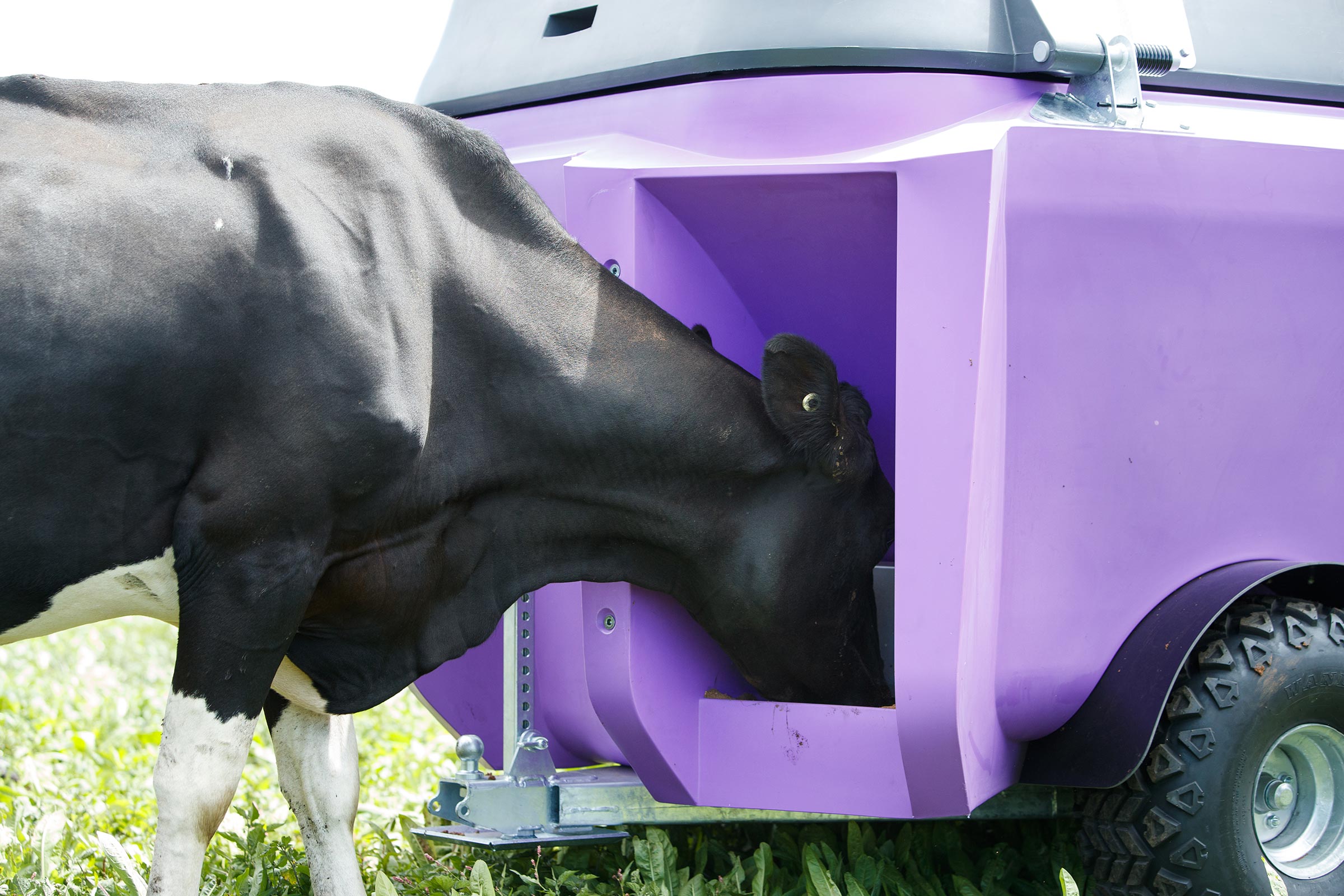 Gaining valuable international exposure to potential partners, customers and investors was another focus of the mission. Wastewater monitoring technology firm CertusBio was among a handful of Kiwi companies chosen to exhibit at evokeAG’s Startup Alley space, and it also won the Investment Ready section of the event’s pitching competition.

CertusBio CEO Matthew Jones says the opportunity to be part of Startup Alley and pitch in front of a panel of globally recognised venture capitalists was hugely beneficial for the business as it seeks capital to grow.

“VCs see pitches all the time, and to get exposure to those people with our business was fantastic. Our next step is to follow up with all the people we met during the event – probably ten investors, and contacts into five potential customers. Being able to get back in touch with those people with links to the press coverage we were able to generate through the event is going to make our next steps so much easier.”

Another big win for both Kate and Matthew was the opportunity to connect with the other Kiwis on the mission.

“I think we’re often so focused on what we’re doing when we're here at home that sometimes there are some brilliant opportunities to be made with other New Zealand companies that we just don’t see,” says Kate.

“I met a couple of people that we will absolutely look at doing business with, as well as other possible investment opportunities for the future. It’s such a key component of these trips – creating relationships within our own community.