In 2017 we visited the world’s largest industrial technology show with some of New Zealand’s future-focussed manufacturers.

From 24 to 28 April, we were at Hannover Messe  with the New Zealand Manufacturers and Exporters Association (NZMEA) and 12 very different, innovative New Zealand companies.

Hannover Messe is the world’s largest industrial technology show. Held annually in Hannover, Germany, the show this year will feature products from 6500 international companies. The theme for Hannover Messe 2017 is ‘Industry 4.0’ – networked or digitilised manufacturing. Find out more at http://www.hannovermesse.de/home

While in Germany we’ll also be visiting technology companies Bosch and Festo, and the Fraunhofer Institute for Industrial Engineering.

We’ll be updating this page daily – so keep checking in for news and posts.

On day five, our group visited the Fraunhofer Institute. Callaghan Innovation business adviser Nathan Stantiall says, "With 24,500 staff and a budget of 2.1 billion euro, the Fraunhofer Institute dwarfs anything in NZ. With some of the best gadgets money can buy, students get to experiment and develop breakthrough IoT technologies such as factory 'virtual fencing' for man and robot. You can have assembly instructions projected down at work stations and cameras that sense when wrong parts are picked."

Pictured is Daniel Scott of Aucom assembling as instructed by the red and green projections. For the more sedate, there was focus on the office with desks allowing virtual papers to be moved by swiping or dragging and 'real' papers converted to digital in seconds. 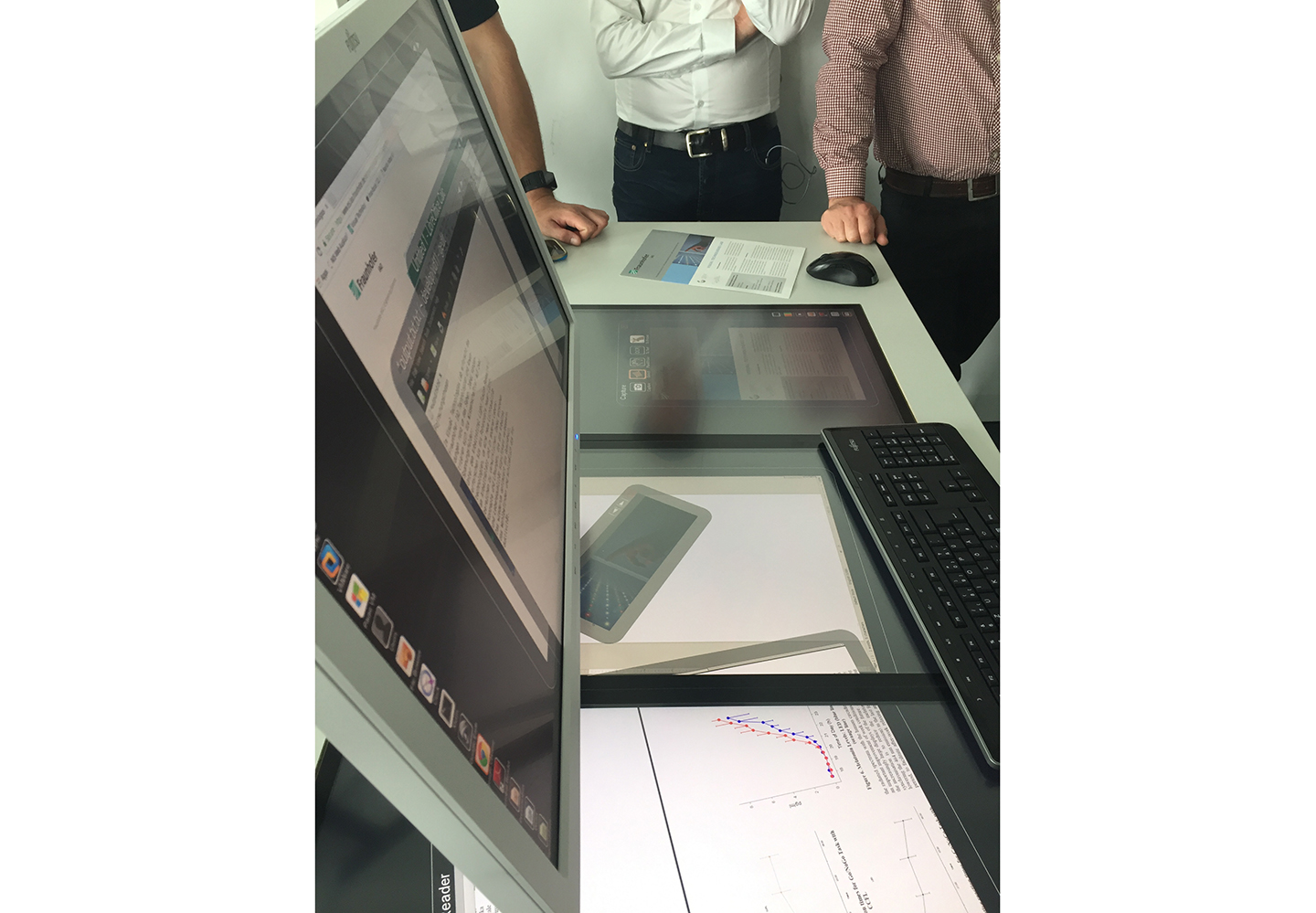 Marco Kayser from Fraunhofer gave a presentation about Germany's Industry 4.0 story. Nathan Stantiall says that the major takeaway from the presentation was that everyone in Germany is jumping on the Industry 4.0 bandwagon. "This is great but doesn't guarantee CEO and board support and sign off - you need to show that 4.0 technology is a 'must haves' not merely an 'nice to have'. One approach that is recommended to help gain buy-in is to start experimenting. Dip your toes in the water through R&D, experimentation and pilots to get a better understanding of the benefits and involve your workforce in the design process."

Report from days three and four

On day three our group focussed on 'Additive Manufacturing' (manufacturing technologies that build 3D objects by adding layer-upon-layer of material).

A tour of the Digital Factory section of the fair, brought us into contact with representatives from well-known brands like EOS, Stratasys, 3D Systems and HP who were showcasing their latest offerings. In terms of rapid prototyping, both 3D Systems and Stratasys presented highly realistic plastic prototypes enabled by multi-material and multi-colour printing. 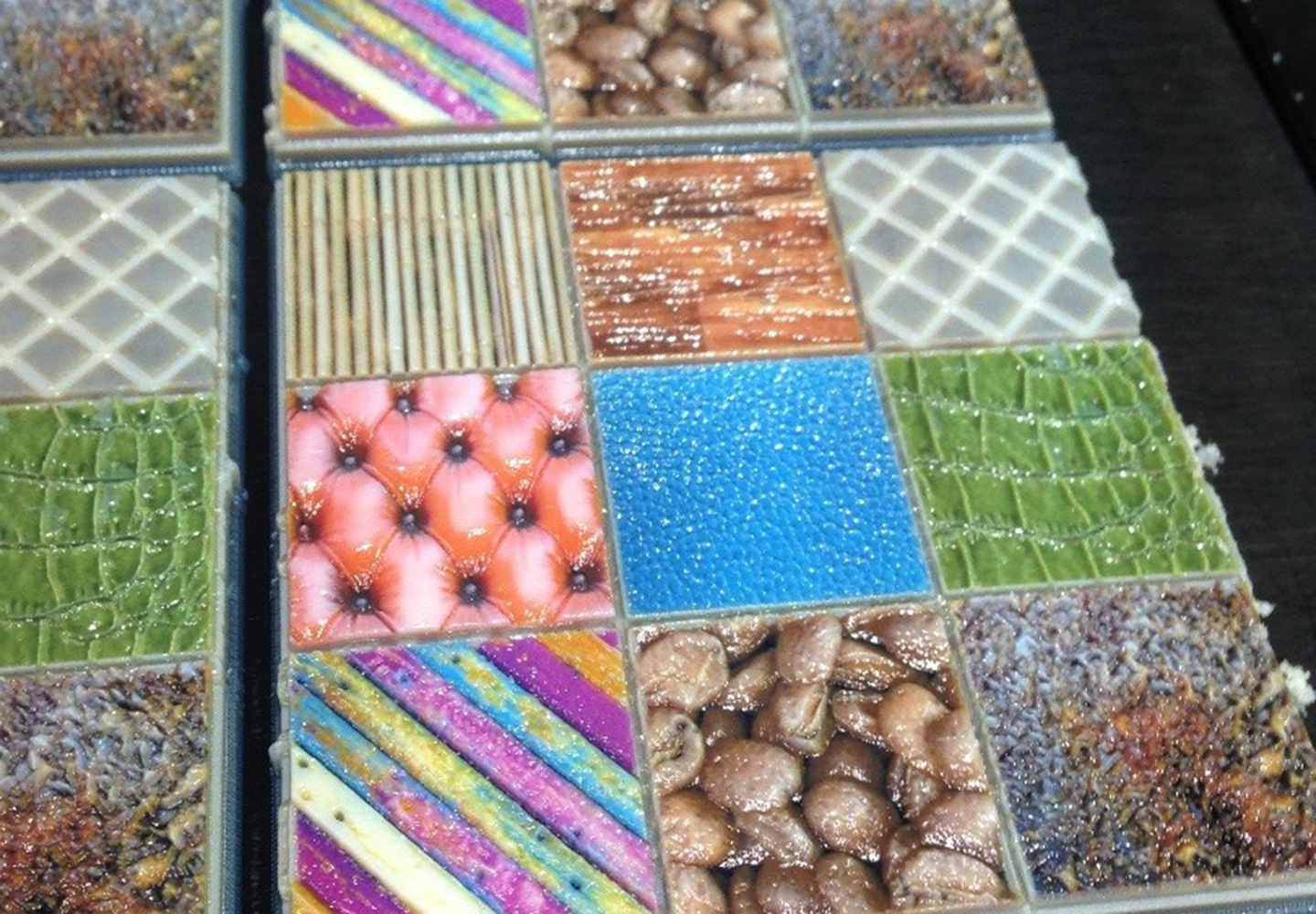 HP were presenting their Jet Fusion 3D Printing system, a hybrid technology combining binder jetting and light induced powder processing. At this stage, parts are made from black nylon. 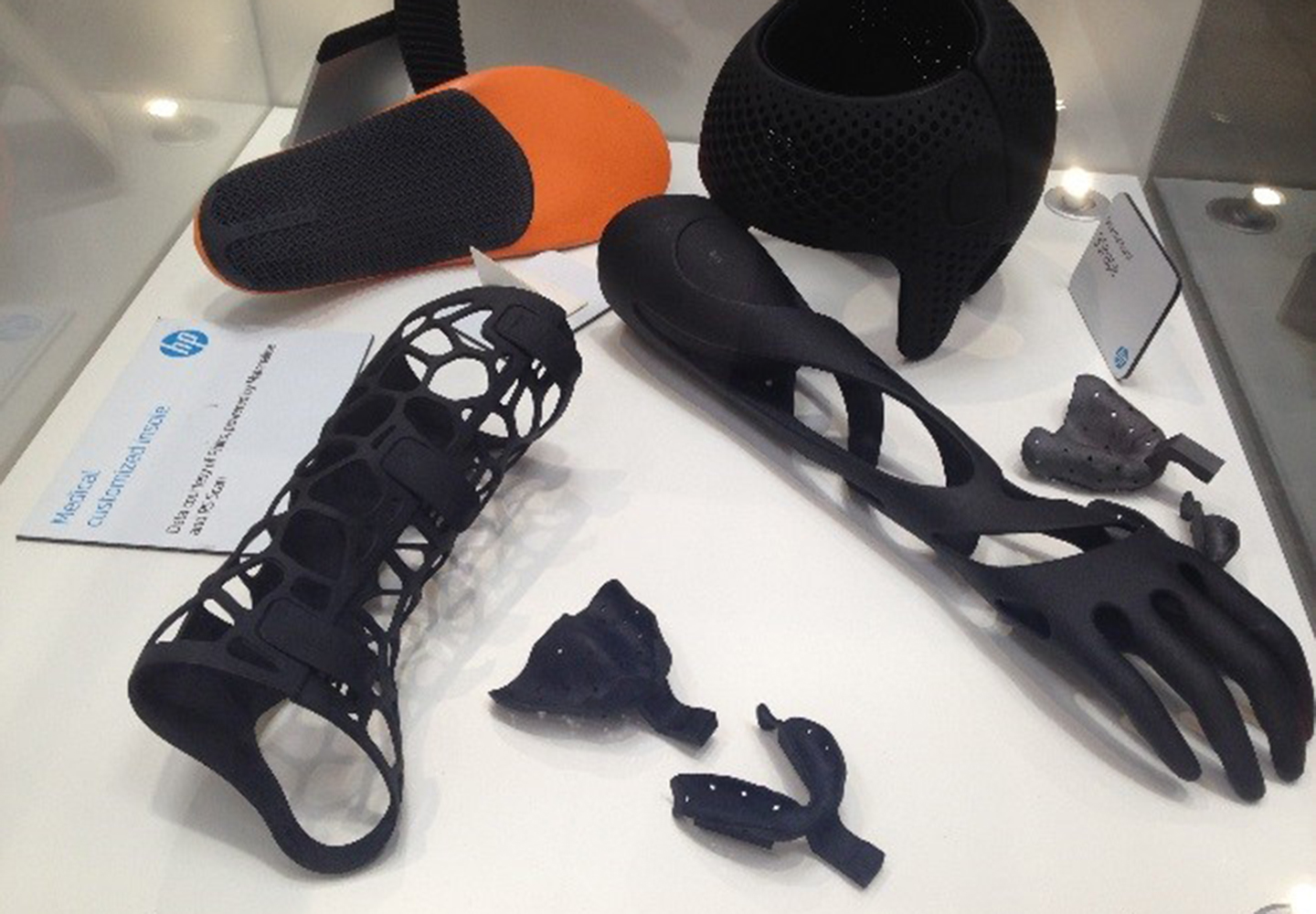 Autodesk displayed large scale printed plastic and metal parts, made by an industrial robot based printer: 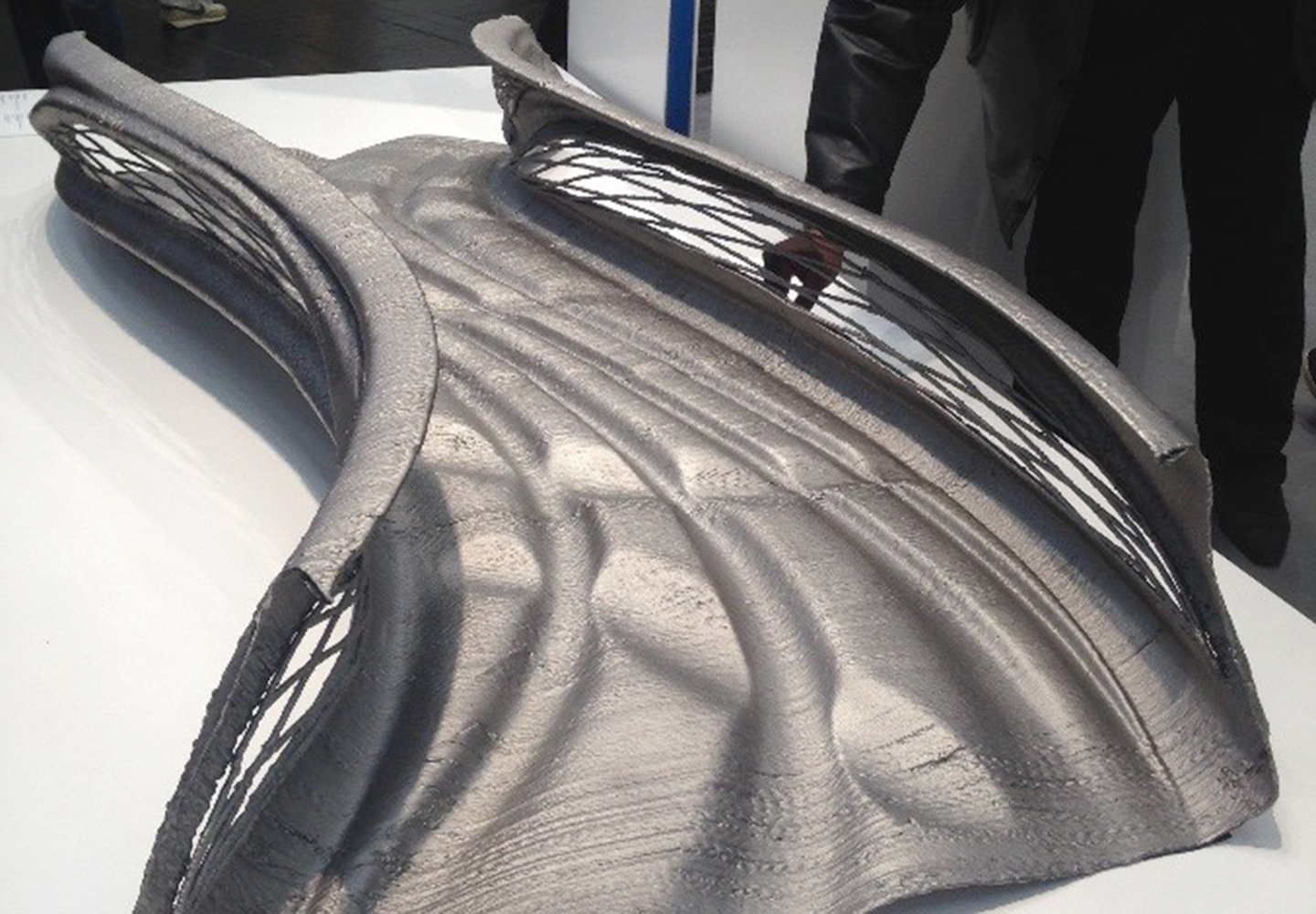 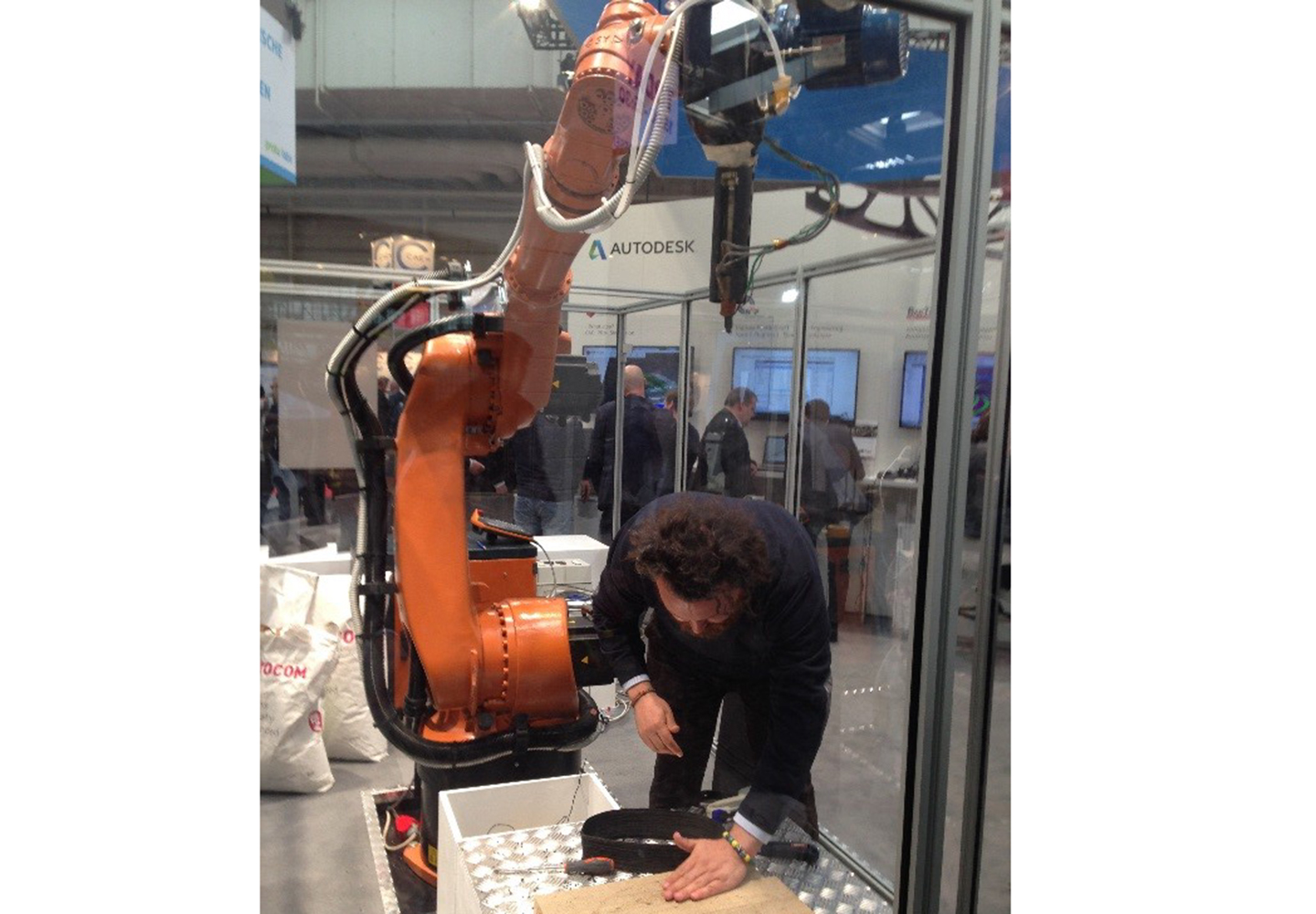 Day four was an opportunity to visit a local university to see how Germany trains the next generation of 4.0 manufacturers. We saw a training institution that was well-equipped and well-connected with industry.

Callaghan Innovation business adviser Nathan Stantiall says, "The facilities were very impressive with a fully working lab simulating the manufacture of a cell phone. This is helped by companies such as Festo providing kit that is real and current. The site included a conveyer with machining operations, board assembly and then enclosure assembly. It would be great to have some of the students we met taking up internships with New Zealand companies to give us exposure to their high level knowledge and skills." 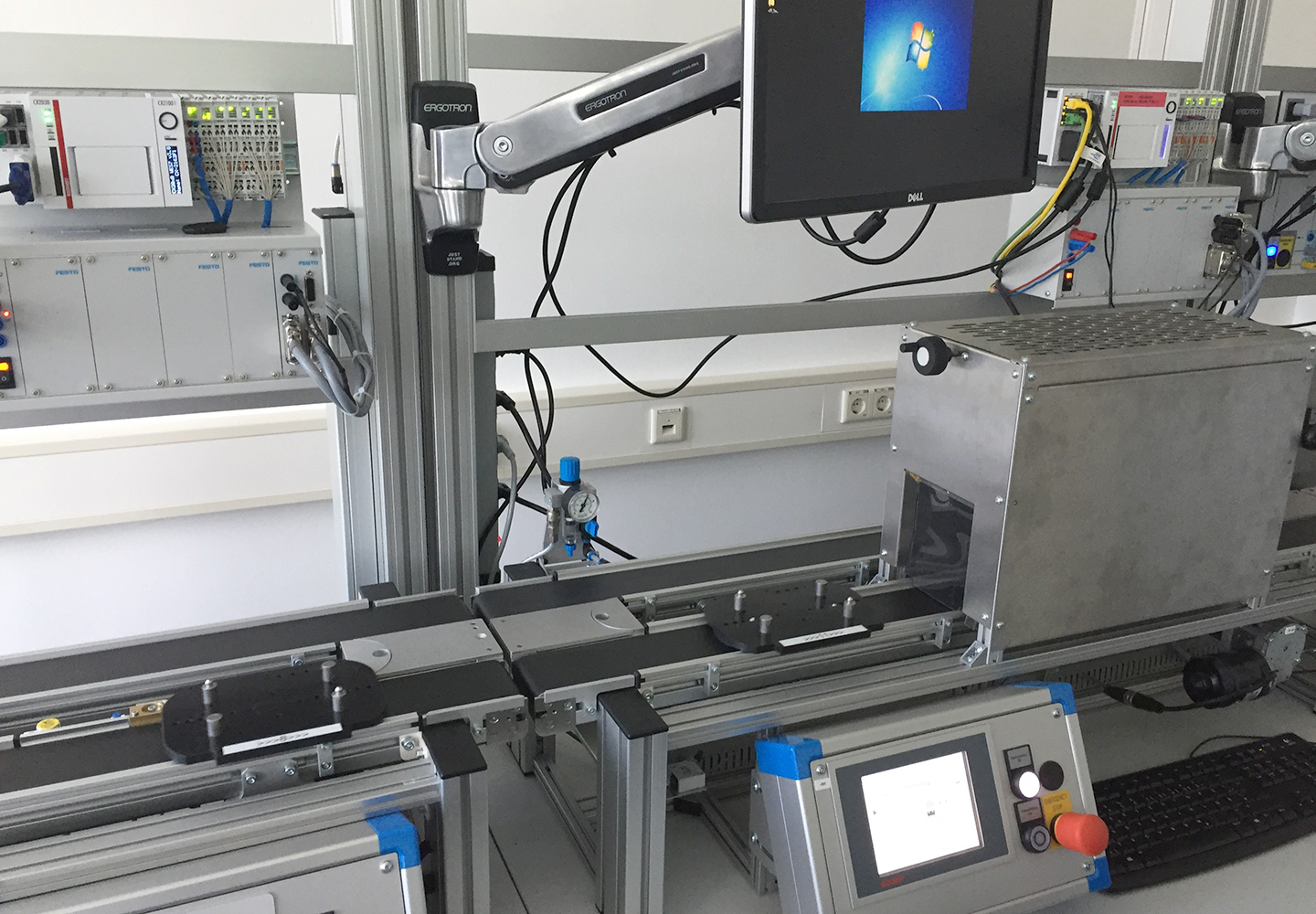 Madison Reidy is visiting Hannover Messe with Callaghan Innovation. She recently posted a story about 'Cobots' (collaborative robots that work with humans) that we think you'll like. You can read this story online at Stuff. 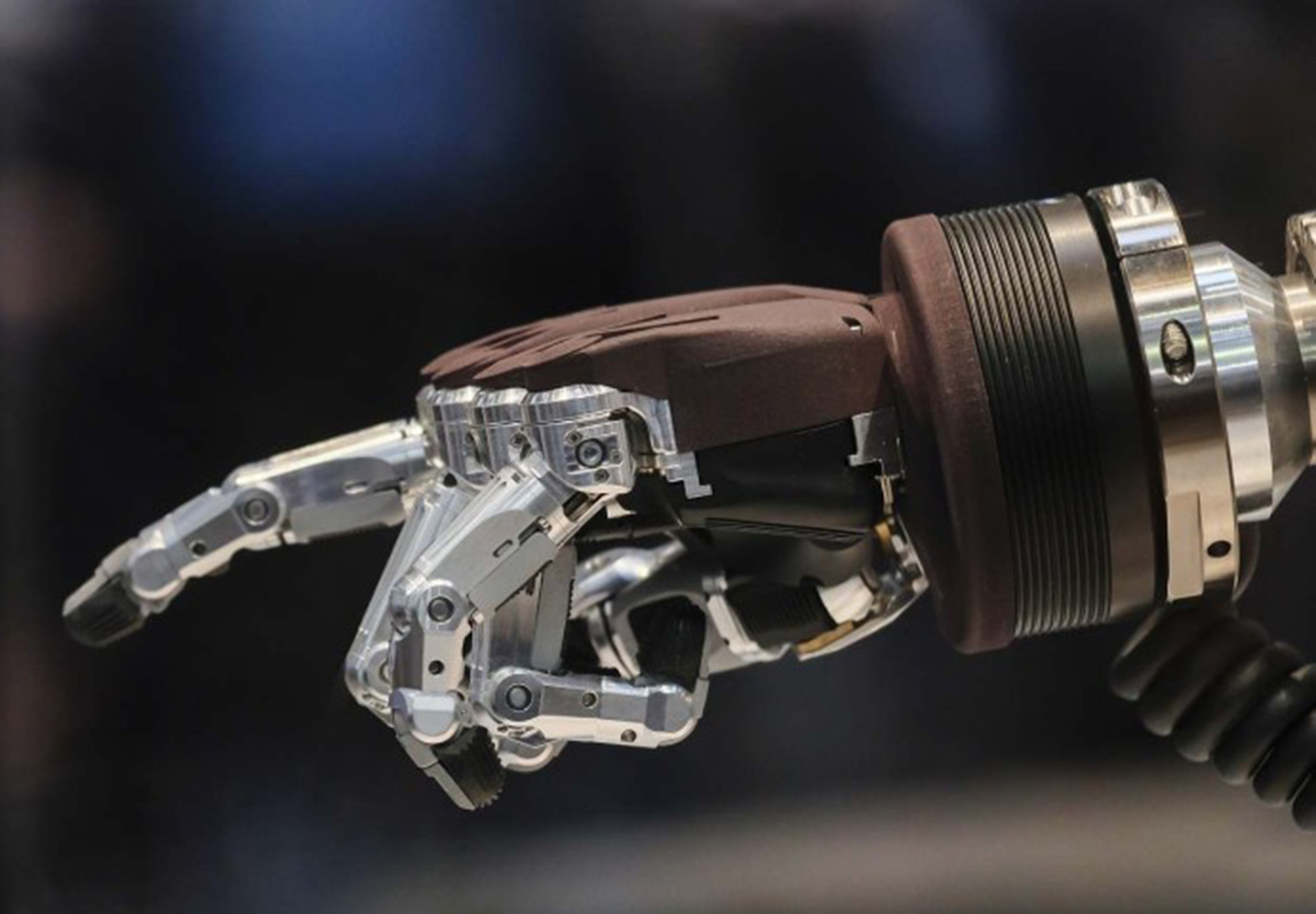 A tour of the exhibitions

Fairfax journalist, Madison Reidy is visiting Hannover Messe with Callaghan Innovation. She interviewed Daqri manager Paul Sweeney about the future of augmented reality and the ways this could change workplace training, and enable employees to work quicker and make fewer mistakes. Watch the video below, or read the story online at Stuff.

As Callaghan Innovation business adviser Nathan Stantial tweeted, the idea of connectivity and integration is not a new one for manufacturing:

Hannover Messe's exhibition spaces are all about exploring the 'near-future' of these concepts. Below are some images from the exhibitions (courtesy of Hannover Messe) that give of taste of what the future of manufacturing holds. 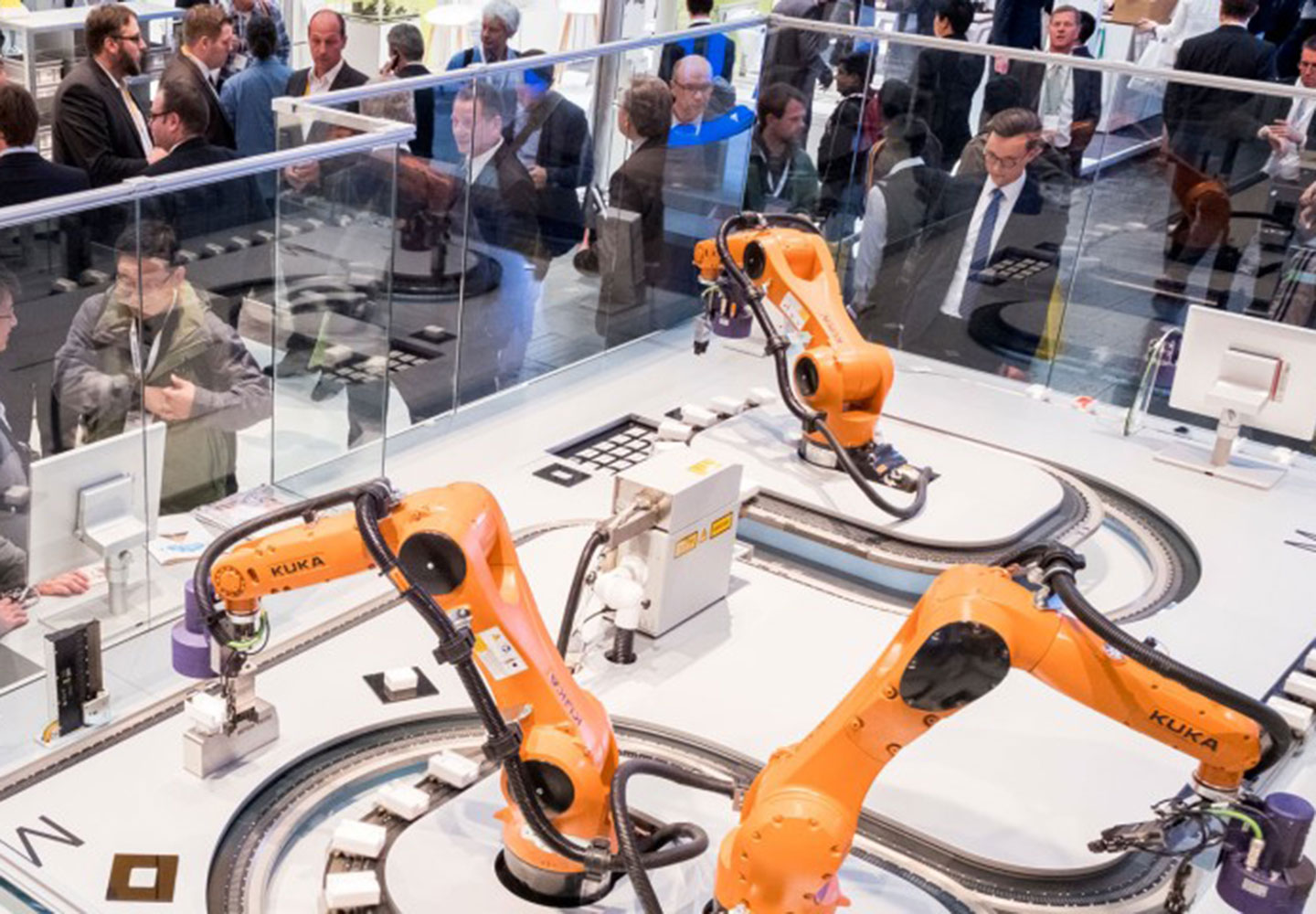 Industrial automation
Modern automation technologies and the transition to the 'smart factory'. 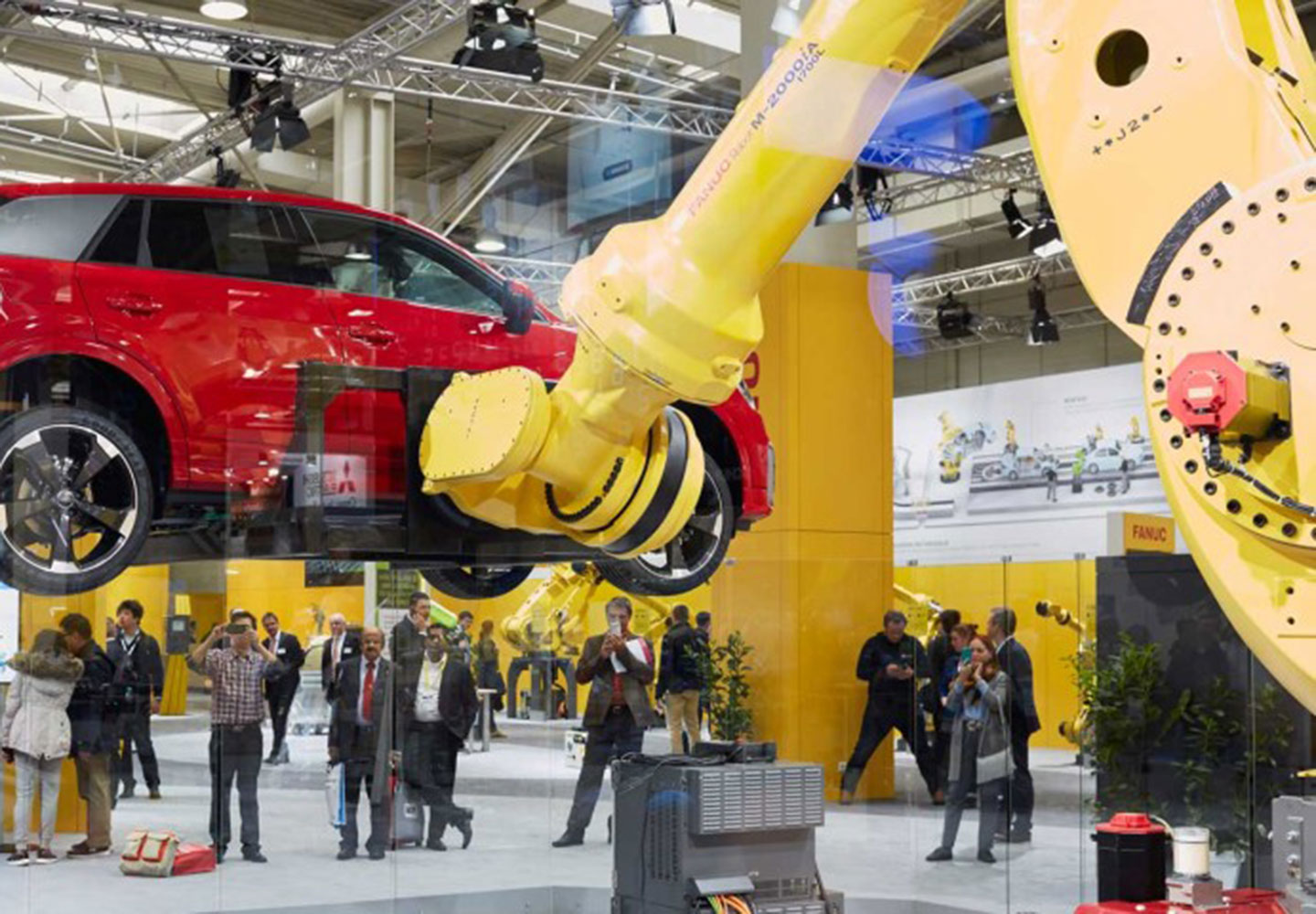 Research and Technology
Science and industry collaborating to create visionary products and applications. 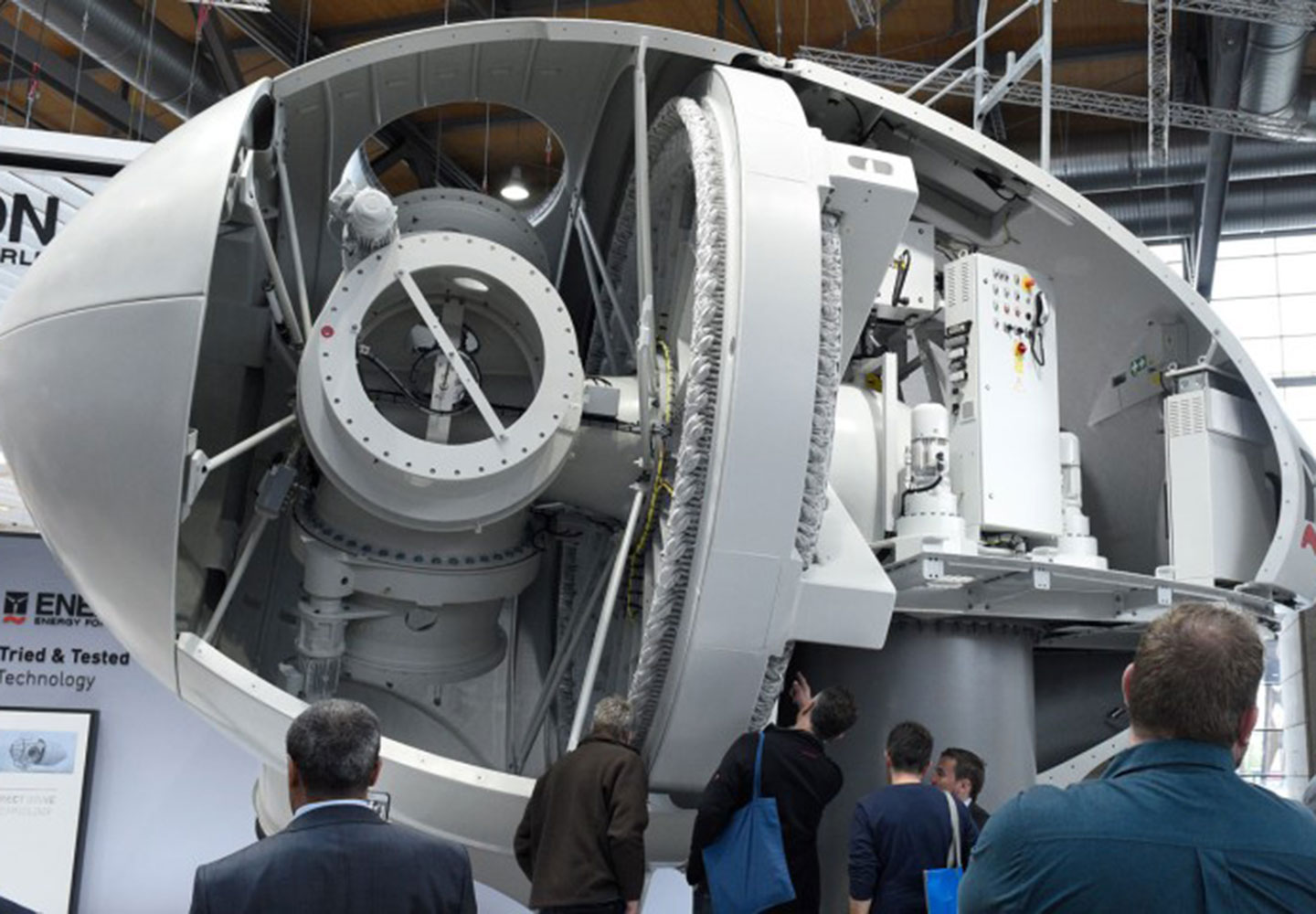 Industrial supply
Themed around the networked factory of the future and what products and applications it might require. 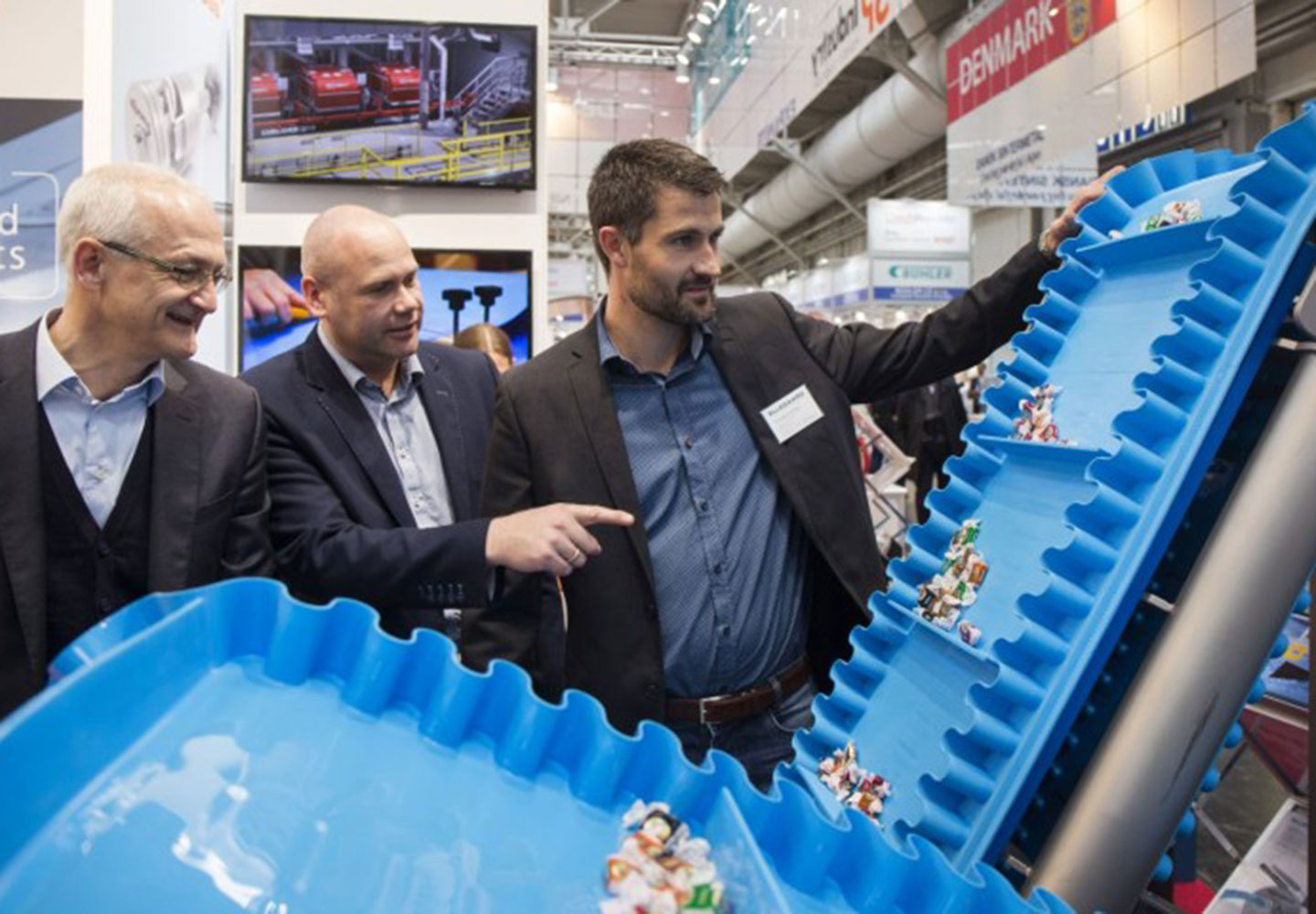 Today our group looked into Augmented Reality (AR). AR is a visual overlay of video footage over a real world situation - generally viewed through glasses or an iPad.

Callaghan Innovation business adviser Nathan Stantial says, "I saw Daqri on display and was impressed with how AR has been embraced by the manufacturing sector as a key technology pillar within Industry 4.0. What impressed me today was that there are more players present at Hannover Messe, which gives our small and medium-size New Zealand manufacturers more affordable alternatives. 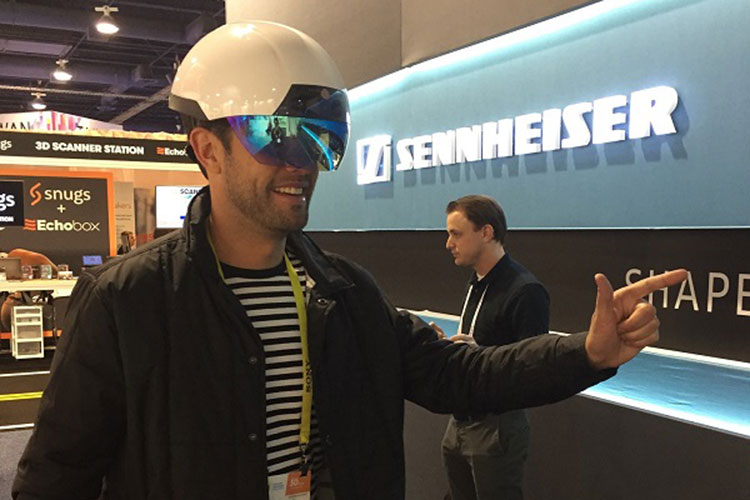 "There are now a number of ways for these businesses to purchase one of the growing number of AR glasses hardware sets available in the market (for example, from Microsoft or EPSOM) and add their own software under a subscription or Software as a Service (Saas) business model.

"There is a strong feeling that this technology will be seen in a wider number of New Zealand businesses within the next few years - firstly with maintenance and then in production."

Using a Miela iPad overlay to look at the inside of a vacuum cleaner.

A robotic bartender was on display.

There were new options for customising mass production on display.

We also found that 3D metal printing is continuing to advance.
Here's Tim from Milmeq with a motorbike made from 3D printed metal.

Report from day one

@hannover_messe @callaghannz We're on our way !! Let's see what this Industry4.0 stuff is all about !! pic.twitter.com/OcWCaawARW

The rest of the day was focussed around Hall 17 which featured robots and robotic manufacturing. Callaghan Innovation business adviser Nathan Stantiall says, "I was keen to see what is new in 'Collaborative Robots', and in particular innovations that make robots safe to work alongside humans. One area that is new is the addition of skins to make traditional style robots safe. The AURA is one example. It can lift a payload of 160Kgs - most other collaborative robots can only lift up to 10Kgs."

There were plenty of other leading edge products on display:

An interesting innovation was the AIRSKIN that uses air-filled jackets to stop the robot when pressure difference is sensed. 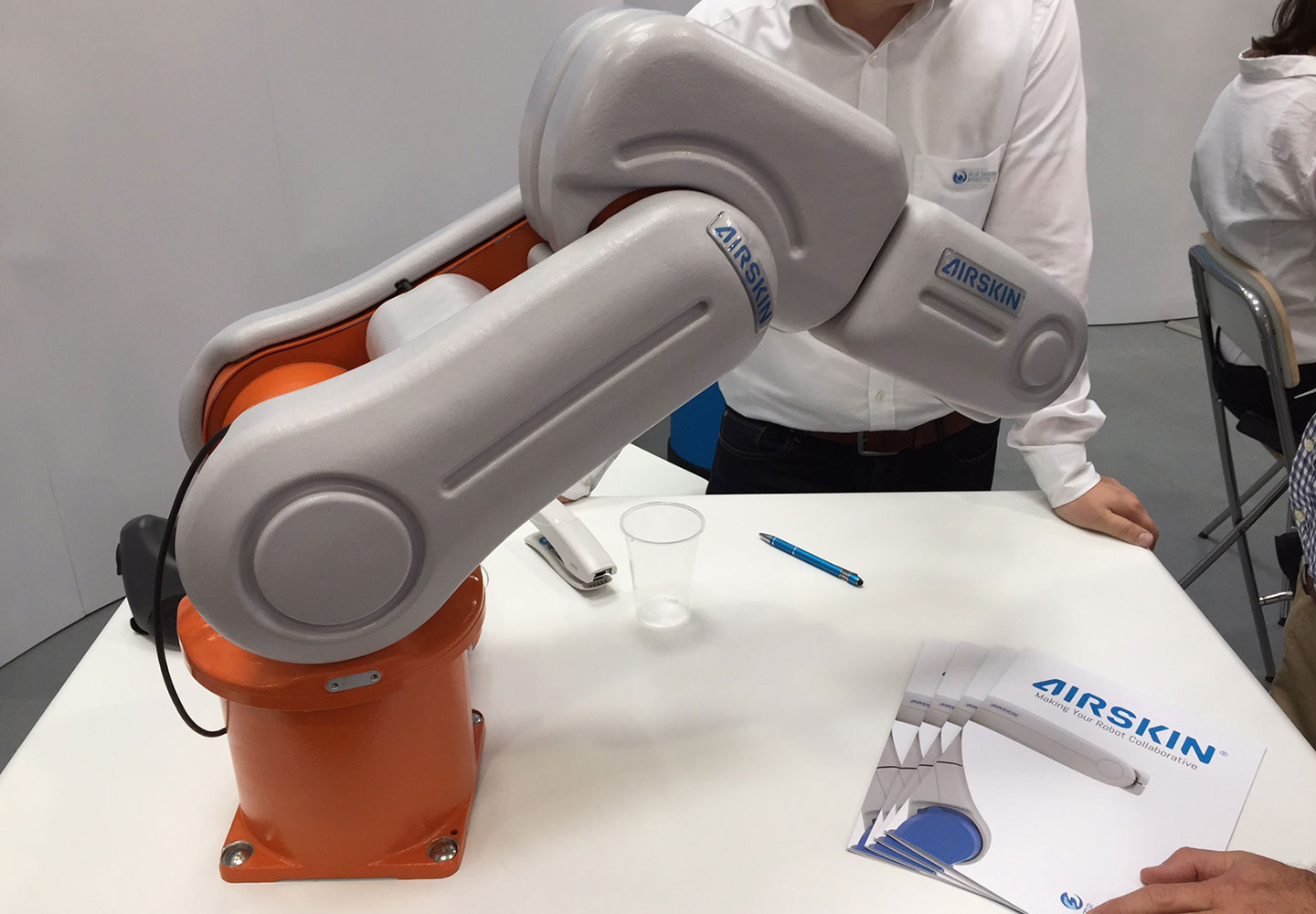 We’re providing co-funding support for some of the manufacturers who are visiting Hannover Messe with us.

Nathan Stantiall says the companies joining us are going to Hannover Messe for a number of reasons. “…Some are going to validate and sell their new product developments. Others are going with a shopping list to buy. But I think the overall theme for us all is to go and learn – see what these latest technologies are, and just how relevant they are for New Zealand.” In the video below, Nathan explains the concept of 'Industry 4.0',  and why it is relevant to New Zealand manufacturers. (Video courtesy of Maddison Reidy/Stuff.co.nz)

Joining us at Hannover Messe

Fonterra will also be visiting Hannover Messe as part of our group.