This article was published on 8 September 2016

Grabity, developed by Auckland-based Team Ninja Thumbs, uses real-time simulation of physics as to create interesting puzzles and gameplay as robots battle each other in a futuristic test centre.

Team Ninja Thumbs will receive $10,000 sponsored by Callaghan Innovation plus software and business mentoring support worth over $20,000.

A second prize of $5,000 was awarded to Goblins of Elderstone by Lost Goblin.

30 entries were received for the 2016 KiwiGameStarter, with four finalists pitching to an industry panel during this year’s NZ Game Developers Conference. 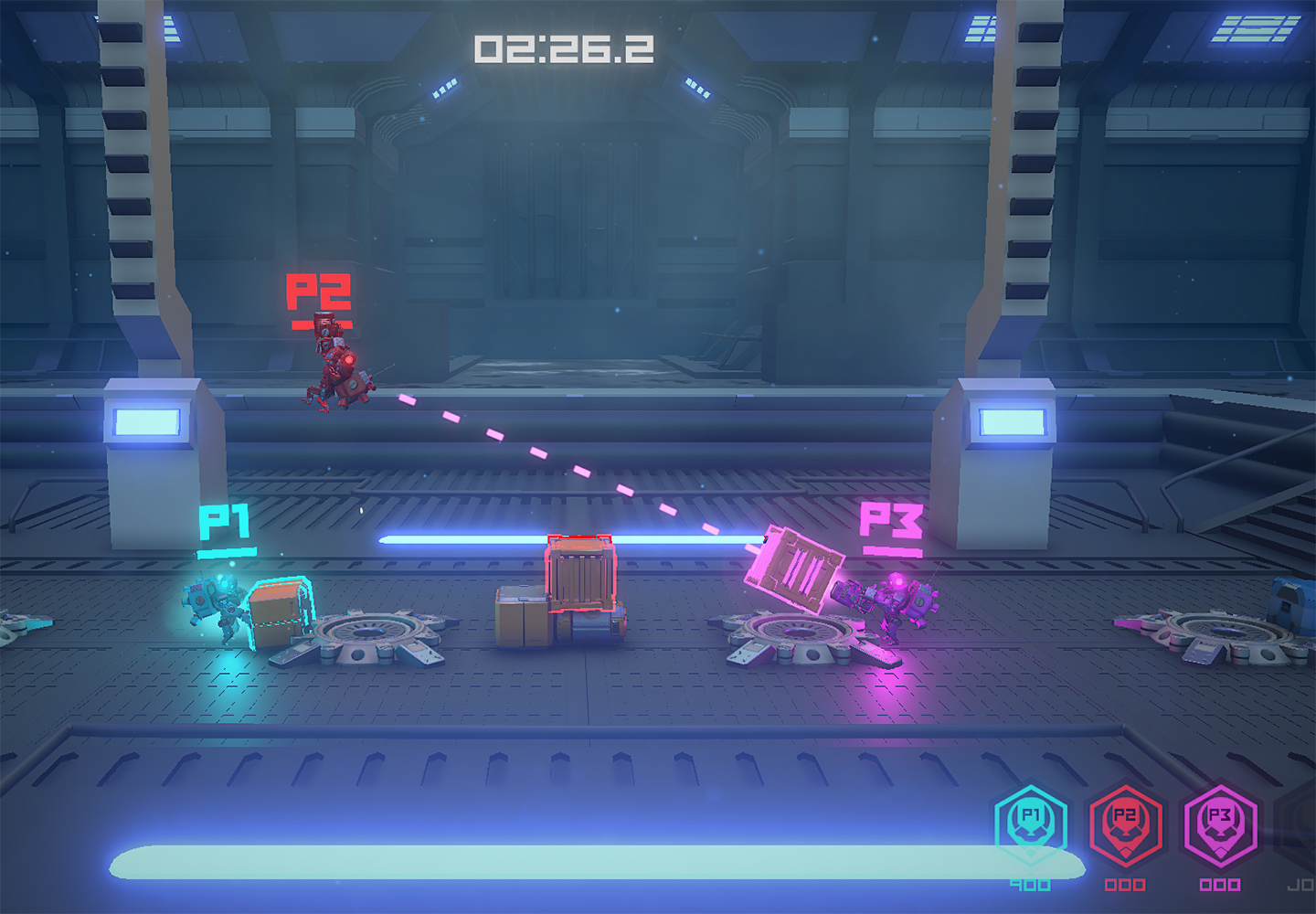 A game of Grabity underway

“The Grabity team had all the ingredients for a successful startup business: a novel product, a great team and a clear business plan. Plus the prototype had the judges laughing and enjoying ourselves almost instantly - a great user experience.

I was impressed by the quality and diversity of game products and gameplay styles I saw here in New Zealand. The KiwiGameStarter entrants would be contenders at any indie game competition I've seen worldwide."

“Interactive entertainment software continues to be one of New Zealand’s most innovative and fastest growing exports, growing from $20m to $89m in annual exports in the last five years. The KiwiGameStarter programme provides a fast-track for a budding developer to showcase their talent and hopefully go on to make a make on the industry globally,” said NZ Game Developers Association chairperson James Everett.

New Zealand’s game development industry grew 13% last year to earn $88.9m in the year ending 31 March 2016 according to a recent independent survey. Almost all of that revenue (92%) came from exports of interactive software and online services. The industry is highly competitive and New Zealand’s entertainment software businesses thrive on constant creative and technological innovation to succeed.