This article was published on 17 August 2017

With just over three months until the final awards night, the C-Prize finalists are busier than ever. We went behind the scenes of the first Bootcamp to see what they’ve been up to.

On Friday 11th and Saturday 12th August, Wellington played host to very special gathering – the first Bootcamp of this year’s C-Prize, and the coming-together of all ten finalists. Held in the MacDiarmid Centre, surrounded by Callaghan Innovation’s research labs, the Bootcamp offered the perfect opportunity for the teams to meet, chat, and share experiences.

But the Bootcamp was about much more than networking. The teams arrived at the venue eager to learn, and their jam-packed schedule gave them plenty of freedom to do just that. Programme Manager Colm Kearney kickstarted proceedings, before handing over to Dr Chris Hartshorn, Callaghan Innovation’s CTO. With a background in chemistry, multiple patents to his name and extensive experience in technology development, Chris understands – better than most – how challenging it can be to turn a project into a product. Over the course of 20 mins, Chris introduced the finalists to the true potential of wearables, and inspired them to ask questions and to look beyond their existing networks.

The teams were then paired up with their ‘Buddy’ – someone from Callaghan Innovation who would use their own experience in NZ’s innovation landscape to guide them through the day, and to steer discussions. And they were given a dedicated breakout space in which to work. By the time the coffee break rolled around, there was a buzz of excitement in the air. Next up, a team from Southern Cross (one of our generous sponsors) took to the stage, to talk about the growing role that wearable tech is playing in the health and wellbeing sector. Their futuristic vision of connected devices and low-cost tele-medicine made many in the audience sit up and take notice, providing particular inspiration for those in the ‘Live Healthier’ category.

After that, the focus shifted onto the C-Prize 2017 journey itself, starting with a reminder of the timeline, and the milestones ahead. The finalists then heard more about how their story will be shared with the NZ public – in video, audio and written form (we’ll be kicking off something new next week – stay tuned!) before hearing some truly unique insights into the judging process. The last session before lunch focused on setting the scene for the afternoon, when teams would have one-to-one sessions with experts in everything from sensors and software, to design and user experience. Powered by Eat My Lunch and great conversation, the teams retreated to their breakout spaces, to prepare to meet their allocated experts. One of those was Oliver Thompson, Team Leader of Transducers and Sensing, who spoke to several teams, including Bobux and Photonic Innovations. And he admits that he had as much fun as any of the teams, “I had a great time at the Bootcamp, especially because I’ve always enjoyed this stage of any R&D project – where you’re full of good ideas but haven’t yet encountered many problems!” Another of the experts, research engineer Greg Bodnar also enjoyed brainstorming with the teams, “I encouraged them to ask lots of questions, even if they thought they were silly – nine times out of ten, those questions triggered the most valuable conversations.” Amanda Webb from Southern Cross said, “I found the entire process fascinating. Sitting with these teams, and discussing their specific challenges was eye-opening for me. Some of them have a long way to go, but with so many great ideas and such passionate individuals, I’m confident that we’ll see multiple success stories come December.”

Surrounded by sticky notes, marker pens and whiteboards, the teams and their buddies gathered insights and feedback from the experts late into the afternoon. Team Rippl and some of the Southern Cross team had an extra-special treat – a visit to Callaghan Innovation’s acoustic chamber, and time with distinguished scientist Mark Poletti.

Before wrapping up the day, Colm Kearney and Callaghan Innovation Chief Executive Vic Crone completed one last task – to do the ‘draw’ for Judging Day. The finalists now know the order that they’ll make final pitch to the judges on 24th November! And with that, the day was over. Over drinks and snacks, the teams digested all they’d learned, and got ready for Day 2 of the Bootcamp. 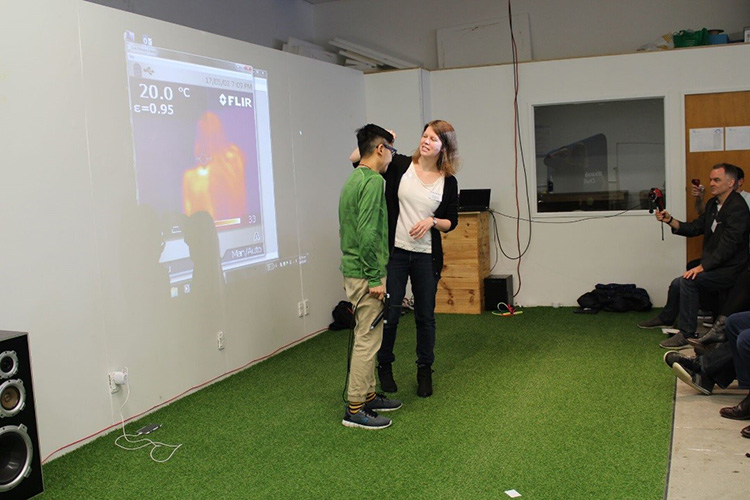 As a hardware community and start-up hub, 1st Assembly in Lower Hutt proved to be the perfect venue for Saturday’s event. There, the teams explored rapid prototyping, and learned from companies already using this approach to speed up innovation. After a quick break, they heard about the science of wearables from the Measurement Standards Lab's Dr Annette Koo, followed by Neville Quérée, who introduced some dos and don’ts of Intellectual Property. Elena Higgison gave the finalists the low-down on the many routes to success for start-ups, and reiterated Callaghan’s commitment to supporting NZ’s wearables ecosystem.

3D printing was next on the agenda, supported by our sponsor Fuji Xerox, followed by an invaluable session on the lessons learned from C-Prize 2015, and a reminder of the successes experienced by previous finalists. After a reflection session and a wrap-up, it was time to go. 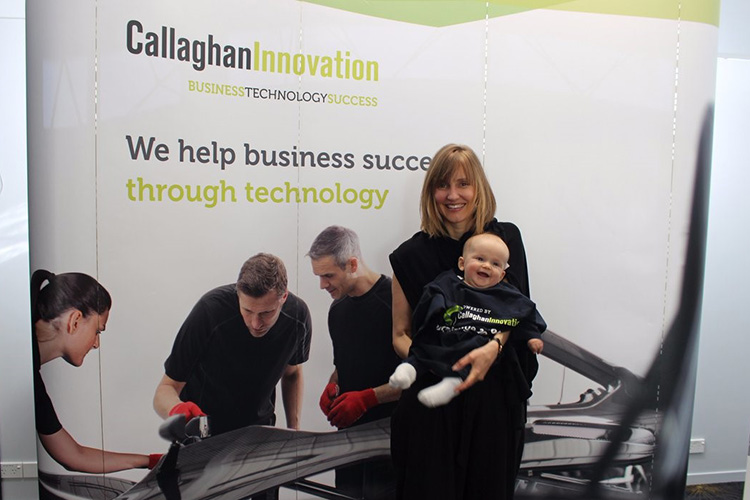