Our place in a changing world

Between now and 2040 — exactly 200 years from the signing of the Treaty of Waitangi — technology will have completely changed New Zealand socially, culturally, environmentally and economically. Callaghan Innovation’s purpose is to advance New Zealand by empowering businesses to succeed through technology.

We’re helping New Zealand businesses to innovate and create new products and services the world wants. If they do this, New Zealand can break free of its low-productivity economy and build a prosperous future.

By 2040, technology will have completely changed New Zealand socially, culturally, environmentally and economically.

Low productivity remains one of the biggest obstacles to improving New Zealand’s economic well-being and benefitting our society and the environment. Critical influences compared with similar economies are our low spending on R&D, along with our distance from major world markets and the structure of our industry — notably the high numbers of people employed in agriculture and tourism. 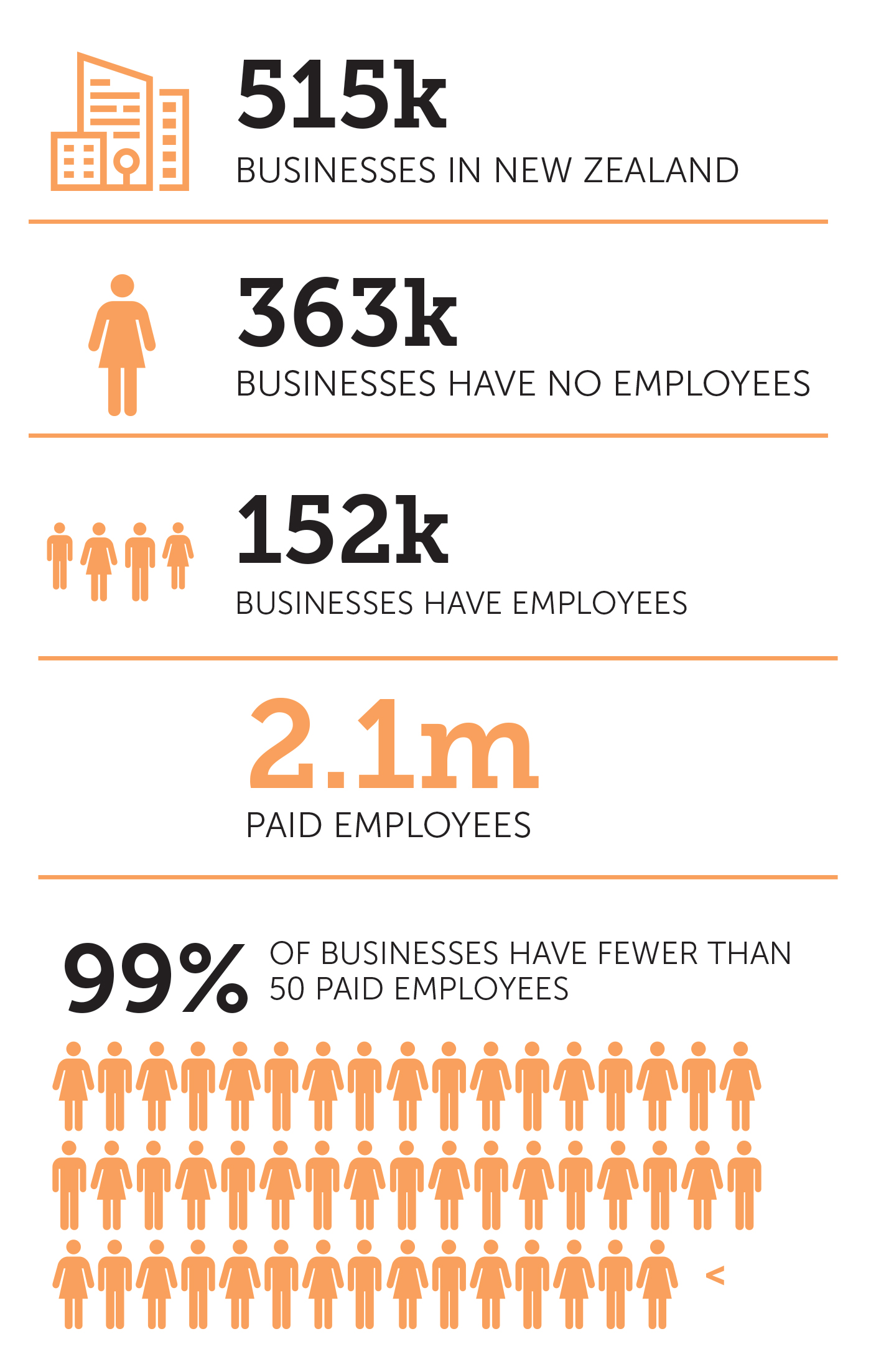 Internationally, we measure ourselves against the other small advanced economies (SAEs) in the OECD — Israel, Finland, Denmark, Ireland, Singapore and Switzerland. We also compare ourselves with our closest competitor, Australia, and the average result for all 34 OECD countries. The measures include science and innovation results, including our investment in R&D, along with our overall economic performance.

Data from Statistics NZ’s Research and Development Survey in 2016 shows New Zealand R&D expenditure rising from 1.2% in 2014 to 1.3% of GDP. But it was still much lower than the OECD total of 2.4% and the rates for other SAEs (notably Israel, Finland and Denmark, with rates up to 4%).

The size of our businesses is considered one of the main factors affecting our low levels of BERD. For a country of just four and a half million people, New Zealand has a sizeable business community, but most businesses are small and lack scale.

Our performance in science and innovation faces other challenges:

The OECD recommends the Government should increase its fiscal support to boost business R&D. Governments generally encourage businesses to invest in R&D by funding either tax breaks or direct grants. In New Zealand, Callaghan Innovation provides R&D grants to businesses, as well as fee-for-service R&D capability and innovation programmes.

A 2015 MOTU report, The Impact of R&D Subsidy on Innovation (Jaffe & Le), assessed the impact of R&D grants on innovation outcomes, using data from the Longitudinal Business Database from 2005 to 2013. It found that an R&D grant almost doubled the probability of a business developing products that are new to the world. 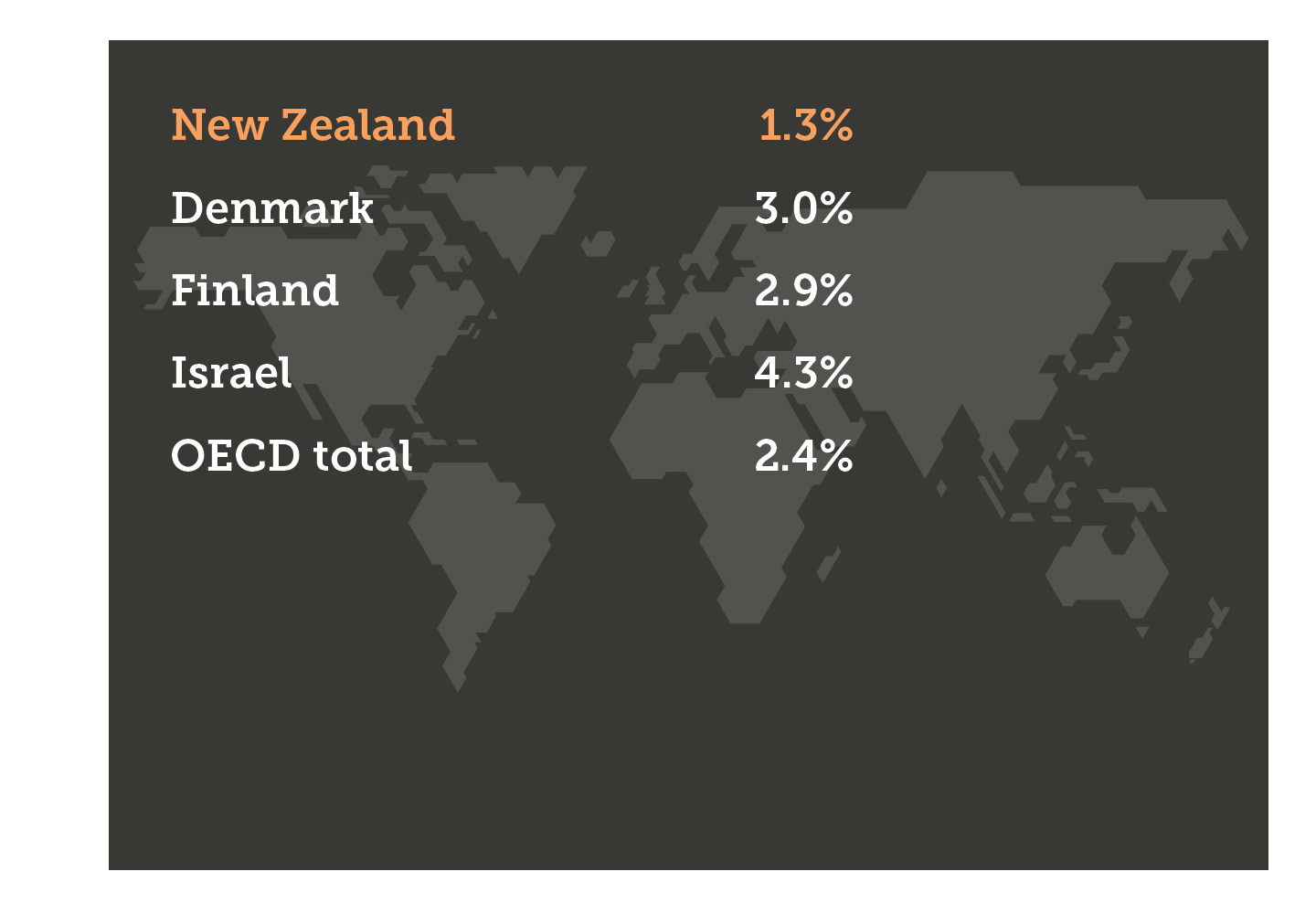 The Global Innovation Index, published by Cornell University, INSEAD graduate business school and the World Intellectual Property Organization, ranks world economies by their innovation performance. The 2017 index ranks New Zealand 21st of 127 economies, just behind Canada, Norway and Austria, and slightly ahead of China and Australia. However, the ranking represents a decline since 2016, when New Zealand ranked 17th of 128 economies. All other SAEs, except Israel (17th), placed in the top 10 in 2017.

Despite the discouraging figures, there are positive signs. A report for the Ministry of Business, Innovation and Employment (MBIE), 2016 Science and Innovation System Performance Report, concludes that although we spend less on science, our science system is comparatively productive. 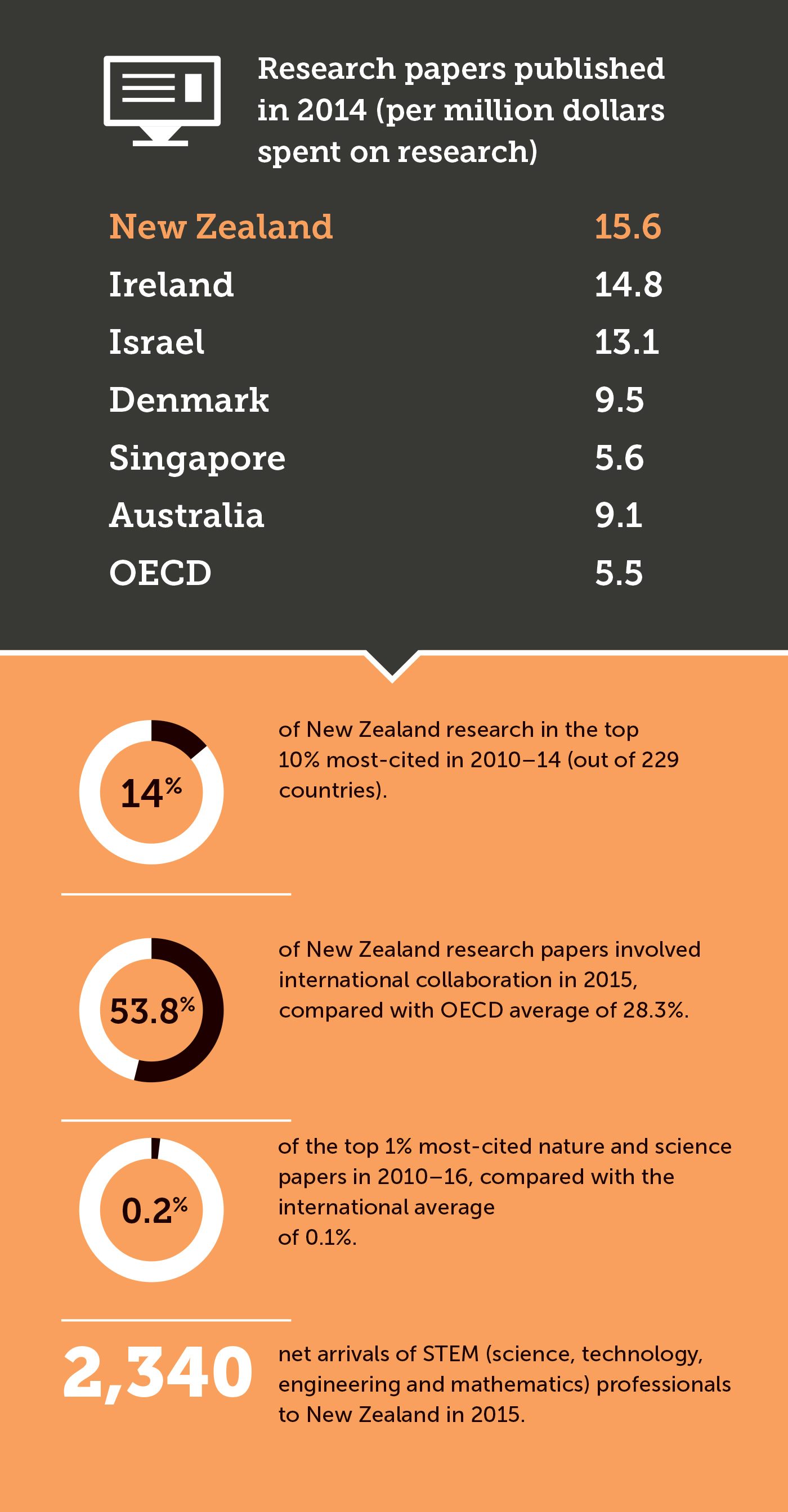 The evidence clearly shows the New Zealand R&D community, including businesses, can and does punch above its weight in contributing to international science and innovation. But still it struggles to turn its findings into marketable products and services. This is the bridge Callaghan Innovation is building, by helping businesses to commercialise their knowledge and ideas.

By investing in R&D and innovating across all of our economic sectors, we can find new niche products and improve the productivity of our businesses and diversify our economy.

So what are we waiting for? Let’s get innovating and give New Zealand the future it deserves!