The highs and lows of our spending on R&D

Business expenditure on R&D now makes up half of all R&D investment in New Zealand. 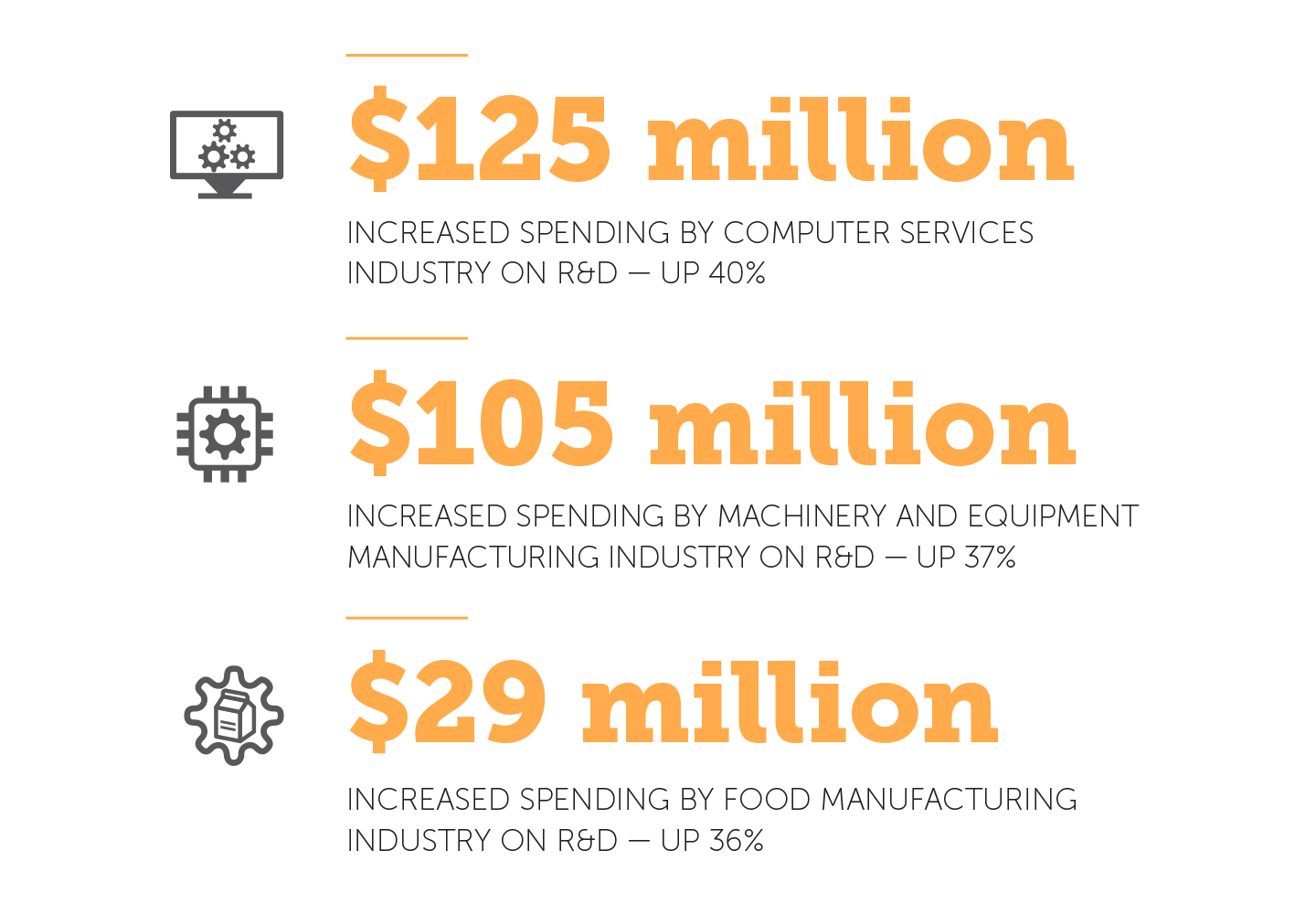 In 2016, 68% of all business expenditure on R&D came from 100 businesses. Just five businesses drive 19% of BERD ($300 million). Businesses with more than 100 employees make up only a fraction of all New Zealand businesses, but are responsible for more than half of BERD.

The New Zealand Technology Industry Association (NZTech) released a report on New Zealand’s tech sector, Digital Nation New Zealand: From tech sector to digital nation, in 2016. It focuses on ICT and high-tech manufacturing, where R&D activity tends to be more intense than many other sectors.

Its export revenue of $6.3 billion positions the technology sector as New Zealand’s third-largest export sector, hard on the heels of the dairy and tourism sectors. 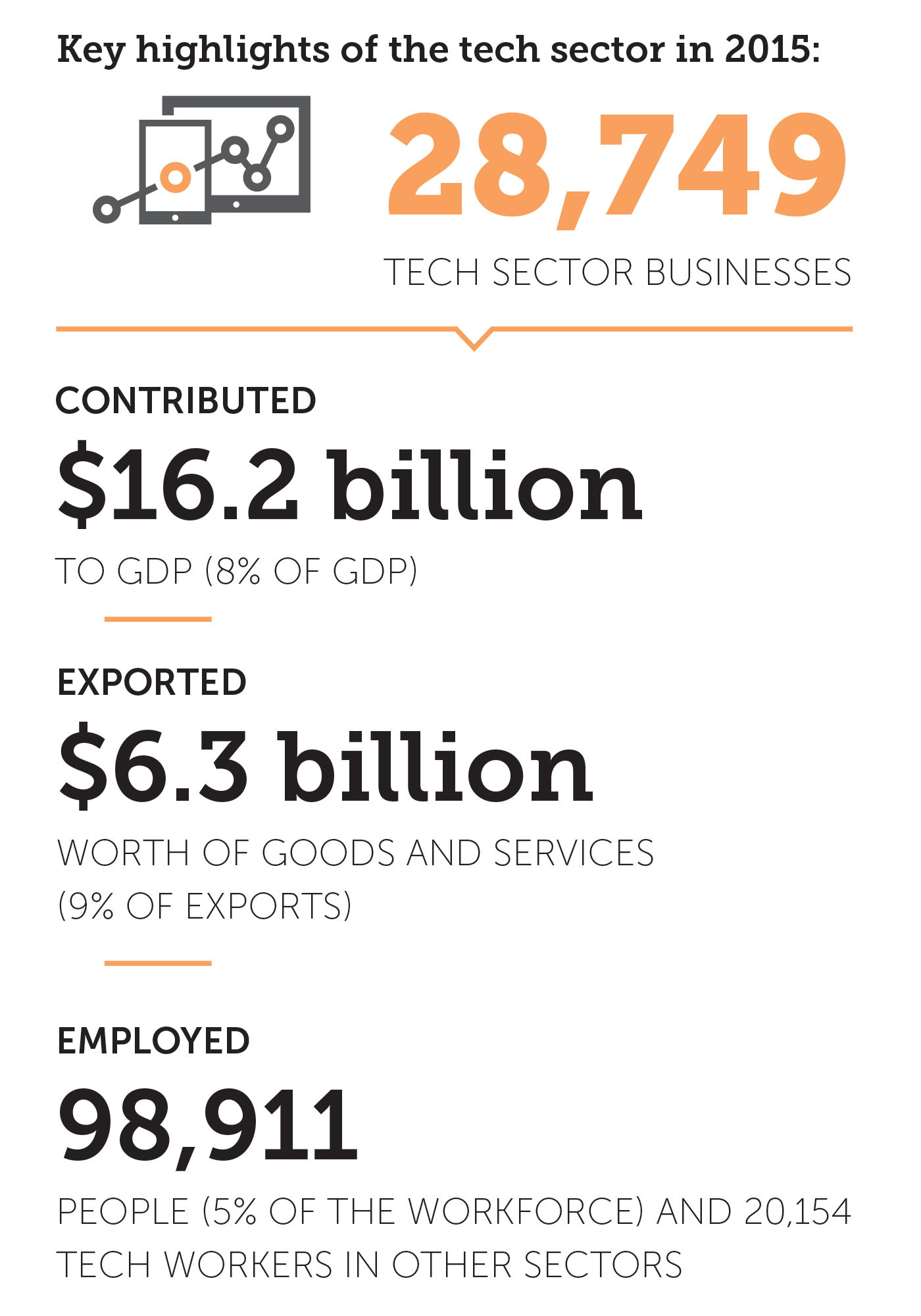 Research undertaken by the New Zealand Institute of Economic Research (NZIER) for the report attempted to estimate the sector’s economic impact on national and regional growth, employment and social benefits. The research found the sector contributes $16.2 billion to GDP, produces $32 billion of goods and services, generates $6.3 billion of exports and employs almost 100,000 workers. The ICT sector’s contribution to GDP growth was higher than in any other OECD country from 2001 to 2013.

NZIER’s chief executive, Laurence Kubiak, said the crucial finding was the far-reaching influence of the tech sector on other sectors, and its potential for wider productivity gains. The report says each 4% productivity improvement in the tech sector is estimated to deliver an additional $2.7 billion GDP.

Other findings of the report were that, on average, the tech sector has higher-paid and better-qualified employees than all other sectors, and each new tech sector job creates up to five new services jobs around it.

The annual TIN report by the Technology investment Network is based on a survey of 450 export-focused New Zealand businesses operating in the high-tech manufacturing, ICT and biotechnology sectors. It analyses the results for 200 of the biggest (the “TIN200”), including 100 “Rising Star” businesses that have shown sustained growth over the previous three years.

The TIN report for 2015–16 delivered a glowing report card, saying revenue growth for the 200 companies had exceeded $1 billion for the first time.

Overall, the businesses’ expenditure on R&D represented 8.8% of total revenues. This was a 16% increase in R&D spend, to $827 million. While businesses overall appeared to recognise the value of investing in R&D, as well as demonstrating their confidence in continuing growth, it was among the “Rising Stars” that R&D spending and revenue growth was most dramatic. Companies are selected for TIN’s “Rising Stars” list on the basis of their success over the previous three years. Their average sales revenue growth over the previous year was 41.5%. As a group, they spent nearly four times on R&D as a percentage of revenue than other TIN businesses — 67% more in 2016 than in the previous year.