Innovation in the capital

Wellington’s tech scene has produced some stellar successes, anchored by Trade Me and Xero, both of which have garnered multibillion-dollar valuations, and employ thousands of staff between them.

But you need only look around Creative HQ’s bustling business incubator just off Courtenay Place in the heart of Wellington to appreciate how those startup journeys begin.

Founded in 2003 as part of Wellington’s economic development agency, WellingtonNZ, Creative HQ is a go-to place for entrepreneurs in the capital to congregate. Some are resident in the incubator programme, which hosted 35 teams in the last year.

“Most of our incubation teams are in early-stage validation and sales,” says Luke Ball, General Manager, Startups at Creative HQ.

“Our mission is to build founder capability while also providing access to connections and capital,” says Ball.

In the past three years, 46% of businesses in the incubator have raised seed capital while still in the programme, or in the months after leaving it.

“We don’t have a Creative HQ-owned investment fund, so we connect our founders to the investment ecosystem to raise this cash to scale,” Ball adds.

Creative HQ’s famed Lightning Lab accelerator programme has run since 2013. Over a 12-week period it enables eight teams to develop a viable business case, or validate a prototype in a chosen category – rebuilding tourism and responding to climate change were this year’s accelerator themes.

“We can feed in that specialist expertise from industry, government and academia,” says Ball.

The Lightning Lab GovTech Accelerator run by Creative HQ each year allows local, central and international government agencies to tackle some of their biggest and most urgent challenges. The success of Lightning Lab has spurred the fastest growing area of Creative HQ’s business – supporting government agencies and large businesses to foster a culture of innovation in their own organisations.

The likes of Fonterra, Beca, GNS Science and the Ministry of Education have drawn on Creative HQ to deliver design sprints and innovation programmes for them. Trade Me long ago embraced agile and lean methodologies. But, when its 50-strong Trade Me Jobs team wanted to learn new methods to validate new revenue streams with different business models, it called on Creative HQ to tailor a 12-week training programme.

“We can use the revenue from those activities to reinvest back into that startup programme,” says Ball who, with the Creative HQ team, has been pondering the incubator’s future.

Recent changes to the creative HQ incubator include making it 100% online so founders can participate from anywhere around New Zealand, offering selected teams $5,000 of equity-free funding, and focusing on pre-seed businesses only.

While a growing collection of incubators saw more competition for startup talent, there’s an opportunity to capitalise on the venture capital funds operating locally. A priority of Creative HQ is to ‘work together more and overlap less’ with other players in the country’s innovation ecosystem.

Central to that goal has been Creative HQ’s work, in conjunction with Callaghan Innovation, to support fledgling regional startup incubators in Invercargill, Queenstown, Dunedin, Nelson and Northland.

“We’ve really focused on building capability among the programme managers and designing their programmes to fit the needs of the region,” Ball says.

Creative HQ’s startup programme will always be at the heart of what it does and its impressive track record means there is always a high demand for places in its incubator and accelerator programmes.

“Being part of the Kiwibank FinTech Accelerator helped us turn our idea into a business,” says Sonya Williams, the co-founder of share trading platform Sharesies, which now helps over 350,000 Kiwis manage their equity investments.

“They came in with an idea and had raised money by the end of the programme,” says McCarthy.

Hnry, a startup that streamlines financial admin for freelancers and contractors, was in the same accelerator. In May, Hnry raised A$4.1 million to fund its expansion into Australia.

Publons, one of the first businesses through Lightning Labs in 2013 is Creative HQ’s first major exit. The scientific publishing startup raised $300,000 in seed funding as a result of participating in the programme. It was sold to Clarivate Analytics in a multimillion-dollar deal sealed in 2017. 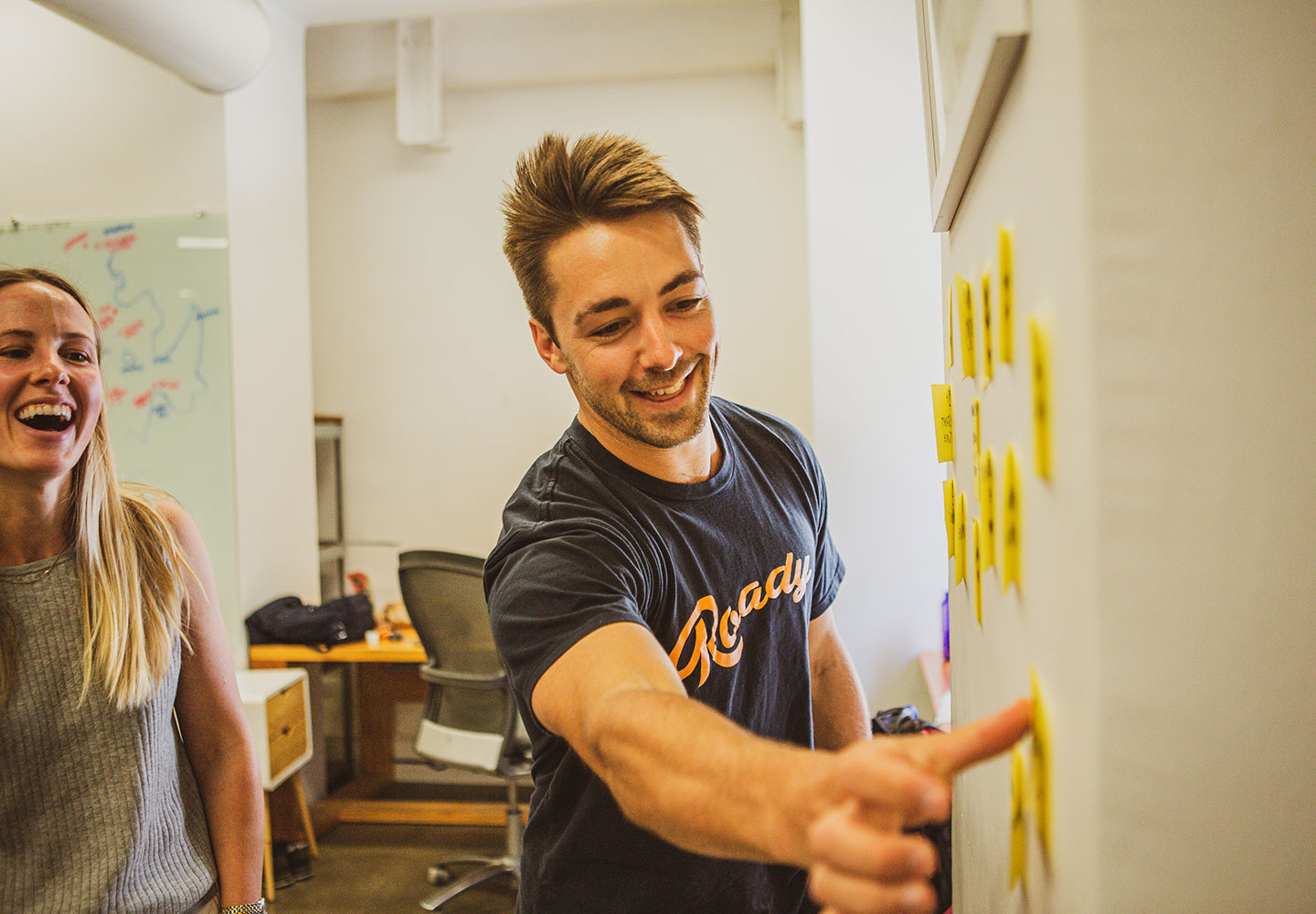 Creative HQ’s tech incubator has been equally prolific in helping commercialise business ideas. Chatterize, which develops conversational chatbots to assist young Chinese learn English, developed its business case while at Creative HQ and was last year successful in raising $1 million in a funding round led by Icehouse Ventures.

Technical founders with little business experience have thrived in the incubator. While resident at Creative HQ, Monkeytronics founder Al Brennan secured a $1 million contract with the Ministry of Education to equip schools with sensors to measure temperature, humidity and carbon dioxide levels.

As a new generation of startup founders emerge, Ball says the desire to have an impact beyond financial success was increasingly a priority.

“These entrepreneurs have really strong social values,” she says.

“Many are creating what we used to call social enterprises. But now every business needs to have some sort of positive impact at its core and many of the founders we work with live that philosophy.”

Do you have a great idea or an early stage, high-growth business? Founder incubators provide concentrated, core business support and extensive networks for you to accelerate your path to market.

Are you an entrepreneur with an early stage ICT or digital technology start-up? Accelerator programmes can help you rapidly build your business to make it investment-ready.

Technology incubators invest in and actively help commercialise complex technologies. They concentrate on taking your concept to the next level by building a business around the technology.