Aroa Biosurgery has made serious inroads in the massive US healthcare market with its biomaterials technology that helps promote human healing.

A stomach for high-tech healthcare

We’ve all heard the story about the New Zealand economy being built off the sheep’s back.

But what about the sheep’s stomach?

One Kiwi company has been quietly writing its own international success story based on just that: developing and manufacturing high-tech healthcare products founded on healing properties found in the sheep’s stomach (well, the forestomach to be exact).

Aroa Biosurgery designs and manufactures medical devices that help surgeons and clinicians repair serious soft tissue injuries. The devices contain proprietary biomaterial based on a material called extracellular matrix – sourced from the forestomachs (or rumen) of sheep – and which provide a biological ‘scaffolding’ on which new tissue can grow.

Today Aroa has 110 employees and is making serious advances in the US, where it has 30 sales staff. Since getting its first Food & Drug Administration (FDA) approval in 2010, Aroa has gained advocates among patients and medical professionals alike for the products it develops in two areas: wound care (primarily for conventionally hard-to-treat venous and diabetic ulcers) and surgical mesh (currently used in hernia and abdominal wall reconstruction operations).

If something about this sounds familiar, you may well have heard of the company before. It has been around for more than a decade – it began life as Mesynthes in late 2007, before changing its name to Aroa Biosurgery in 2015.

“It’s been a hell of a journey and it’s taken a long time to get to where we are, but it now feels like we have some critical mass and good traction. And that’s fantastic, given it started with just me and a PhD student.” 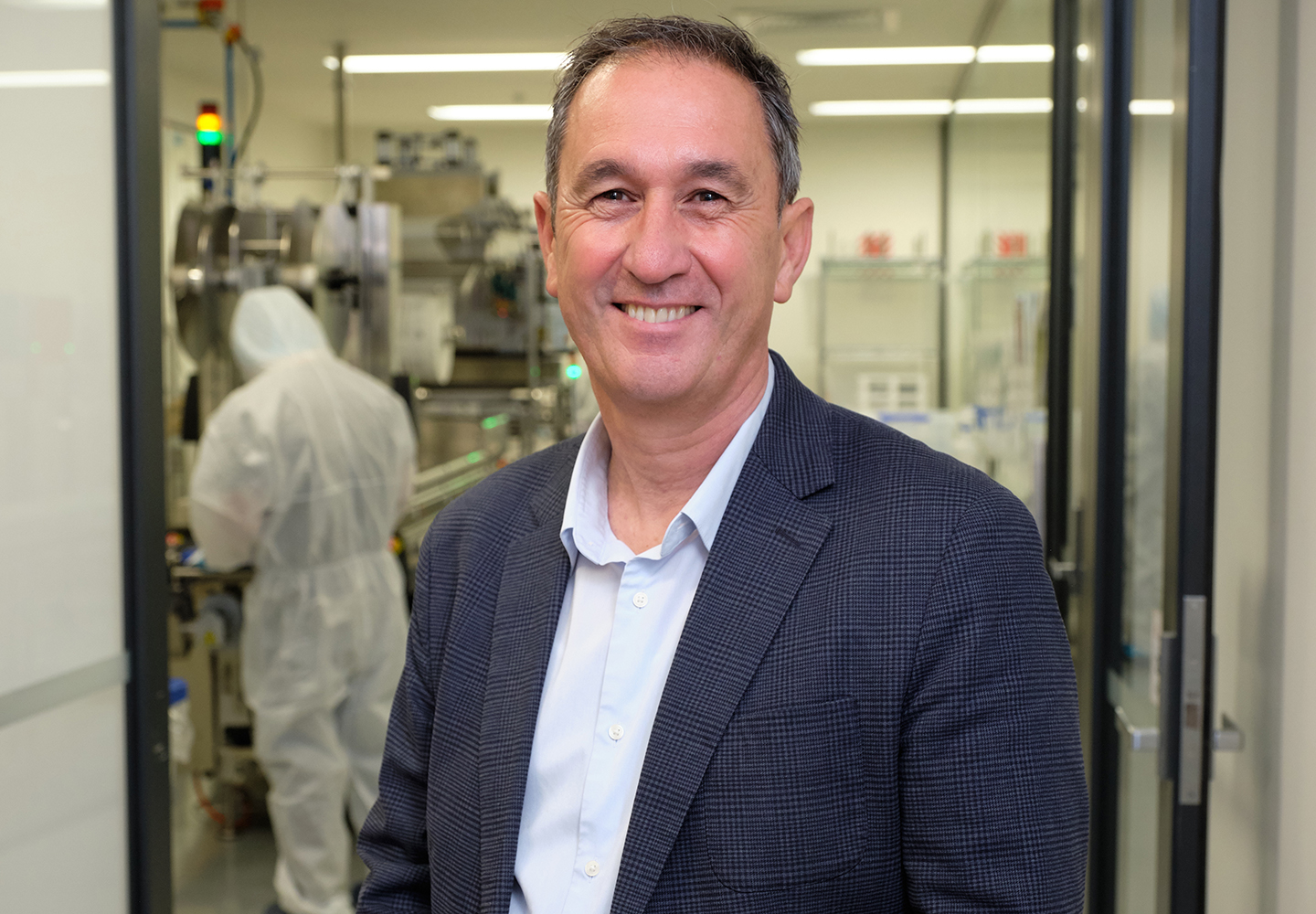 Ward is something of a biotech renaissance man. A vet, with international experience in med-tech and pharma, he is also a former chief executive of biotech industry organisation NZBio.

The idea for Aroa formed when, on returning to New Zealand to live, Ward made the connection between a growing international interest in using biological materials for human soft tissue repair, and a high-quality source of raw materials here, due to our strong primary industries and relatively disease-free status.

His search for a local raw material that could provide a high-quality biomaterial not already covered by patents landed on the forestomach of sheep – conventionally exported as a low-value product for human consumption.

“It turns out this organ actually has a massive amount of this extracellular matrix material, and the quality and strength characteristics of it are phenomenal for developing these kinds of medical devices.”

After gathering seed funding for his idea in early 2008, the path to product development began.

The problem was, Ward isn’t a scientist. So Aroa got its start in true tech company fashion – employing a ‘weightless’ business model by renting lab space at an IRL (now Callaghan Innovation) facility and contracting scientists from the organisation to do initial development work.

“That was incredibly helpful. Firstly, it gave us the flexibility to commit to development activity to get us started, and secondly it allowed us to put our money into areas that would make us successful, rather than sinking it into physical assets.”

Ward says while the company’s strategy was clear from the beginning: develop the easiest application (wound care) for the technology to clinically validate it, gain regulatory approval and find a partner to help commercialise. But execution took longer and was harder than anticipated.

“When we secured the first investment things in the world looked pretty good, but then the global financial crisis (GFC) hit and things got really hard. We had a really difficult period for three or four years as we struggled to get things done on relatively limited funding.”

With support from early-stage investors however, the firm persisted, and a breakthrough came in 2010 when it gained FDA approval for its wound care technology and licensed it to US-based medical products firm Hollister for launch in 2013.

Then the following year Aroa gained FDA approval for its first commercial surgical product – jointly developed with another US partner, TELA Bio – which launched in 2016.

“Initially, to a lot of people, what we were doing did seem like a crazy science experiment. People weren’t sure it was going to be a real business. But once we secured a credible partner people looked at it in a very different light.” “It’s one thing to have smart science and develop a great product, but to be successful in healthcare you also have to understand your market. Aroa has always had its eye on not just what’s happening in the lab, but what’s happening with surgeons and other end users.”

The company has also smartly employed the resources available to it, he says, for example by utilising student grants through Callaghan Innovation to undertake specific R&D projects.

Last year Aroa bought back the rights to its technology for use in wound healing from Hollister and formed a joint sales venture with another US-based wound care company to sell direct to its customers.

It’s an exciting development, says Ward, that’s both shortened the feedback loop with end users, to help tweak existing products, and exposed opportunities for new ones.

Aroa has gained a CE mark (which proves products meet the essential requirements of all relevant European Medical Device Directives) giving it access to countries within the European Union for its Endoform Natural wound care solution.

The company’s focus now is on continuing to develop increasingly sophisticated tissue repair products both with its surgical partner, and on its own.

“We’re evolving the company towards much more novel, much more complex and higher-value products over time,” says Ward.

“Ultimately we see an opportunity to develop a very large, successful tissue repair company spanning a number of different specialties – that’s our goal.”

To learn more about Aroa Biosurgery you can view their profile on Scale-Up NZ, a free online platform providing valuable insights on hundreds of companies in New Zealand’s innovation ecosystem.