Invasive, prolific, hardy – weeds are the bane of any gardener’s life.

So imagine the headache they cause in a garden 12,000 times bigger than the classic Kiwi quarter-acre section.

It’s a headache that technology entrepreneur Don Sandbrook was only too aware of having dealt for years with corporate vegetable growers in California, whose average plot size runs to around 3,000 acres.

A serial inventor, Sandbrook developed and commercialised technology three decades ago called the SeedSpider, which vegetable growers in 20 countries now use to help them accurately measure and distribute the tiny seeds for crops like lettuce and baby carrots.

California, where 60% of the US’ vegetables are grown, is a particularly large market for the SeedSpider – and it was contact with that market that sowed the seed in Sandbrook’s mind for a particularly ambitious agritech idea: a fully autonomous robotic weeder.

The concept caught the attention of entrepreneur Rob Baan who alongside investor Malcolm Bailey joined Sandbrook almost four years ago as business partners in Greentech Robotics. The business continues to sell established technology, such as the SeedSpider, as it develops what will be known as the WeedSpider.

“Don told me ‘I’ve been talking to the growers who use our equipment in California and their number-one issue is a scarcity of labour and increasing labour costs’,” Baan recalls.

There are about 1.65 million acres of vegetables grown in California's Salinas Valley, and for around 65,000 people, predominantly migrant workers from Mexico, their main job is to hoe the weeds between the rows of vegetables – a tough job, particularly under the Californian sun.

With the agricultural sector struggling globally to attract staff into manual work, smart minds around the world are investigating the weeding problem, says Baan.

Some businesses already have weed-extraction technology on the market, he says, but their products only extract around 55% of the problem plants. It’s that additional 45% that the Palmerston North-based business also has set its sights on – but those weeds are particularly tricky to remove autonomously because they grow right up close to the crops.

“To develop a product that will actually take over that task from a human is an incredible challenge. We’re trying to develop a machine that will identify every plant, and decide which plants need to stay and which will be extinguished. To develop technology to do that effectively, and at speed, is a bit like a new space race, but on land.”

“Ultimately, we employ Kiwis who are just as tech-savvy as those found anywhere else, and Don has been incredibly good at building a team of engineers who work really well together,” says Baan. “We don’t want to be also-rans; we aren’t really wired like that.” 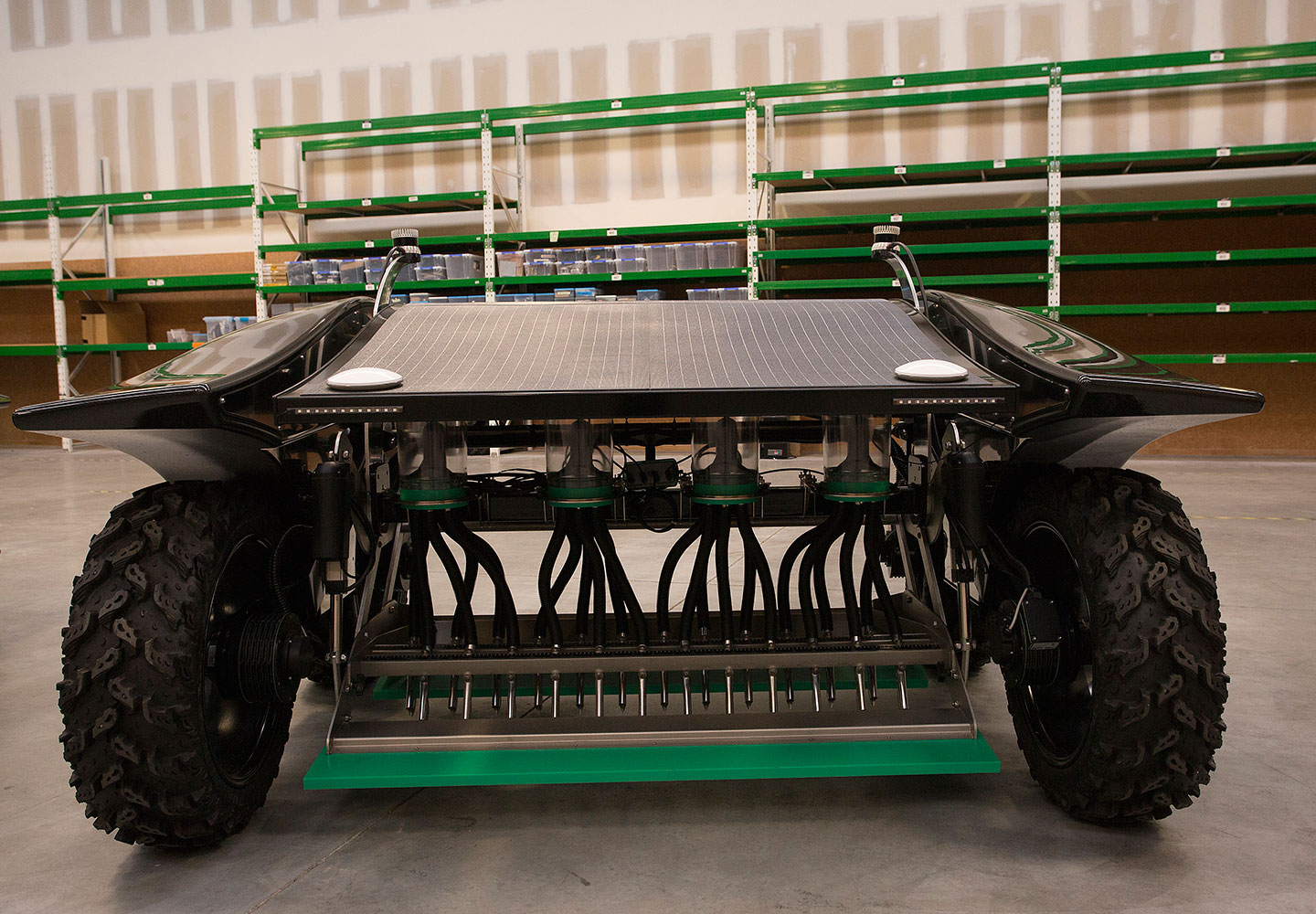 Another innovative aspect of the project is that the business plans to sell the WeedSpider technology as a service – requiring no capital outlay for growers, and providing the Kiwi business with a source of recurring overseas revenue.

Due to the scale of the opportunity, the technology has worldwide application, but it’s initially being developed specifically for vegetable growers in California. Californian weeds – and soil and climatic conditions – are different from those in NZ, so eventually the technology needs to be trialled in the US fields to gather the data necessary to finetune the WeedSpider’s machine learning software.

“There’s a lot of data we haven’t been able to gather yet, which is going to hold us up, but we’ve been concentrating on other areas of R&D. It [the pandemic disruption] teaches you to be nimble and flexible,” he says. “The situation would have been much harder without Callaghan Innovation support. That assistance has been invaluable.”

Dooley says the scale of the market for the technology and the acuteness of the problem means Greentech Robotics is chasing an exciting opportunity.

“That level of export insight for an early-stage NZ-based agritech company is rare; we regularly see tech developed for a problem in NZ then its developers will look overseas for a market. In this scenario, there’s hardly a NZ market, but the business is using its innovation skills to solve a global problem it knows well.”

COVID-19 permitting, Greentech Robotics hopes to have the weeding machines working on the ground in California at the end of 2021. Once established there, the plan is to pursue the second and third-largest vegetable growing areas in the US – Arizona and Florida – before targeting Europe.

But that’s just the beginning.

“The automation of manual functions and collection of valuable data in the horticulture and agriculture sectors is going to be a huge industry and we want to be at the forefront of this,” says Baan. “The sector is ready for businesses like ours to make a massive difference to productivity and yields.”