Taking tradies to the top

NZ Trade Group has developed a state-of-the-art tool to help tradespeople across Australasia make a success of their business.

“We want to be ‘the ambulance at the top of the cliff’ preventing tradies from making business mistakes,” says NZ Trade Group (NZTG) co-founder and CEO Andrewe Brown.

NZTG was founded in 2006 by Brown, his business partner and two other likeminded Auckland electrical contractors who banded together to buy from preferred suppliers and achieve volume-based savings.

Today NZTG has 140 electrical contractor members, is piloting plumbers, and has expansion opportunities on the table for Australia. It operates as a network with business owners remaining independent and accessing business support tools, shared resources, and group purchasing arrangements.

It developed its first software connecting members and suppliers 10 years ago. Initially it acted as a job quoting tool, but that evolved into a wider business solution as needs grew.

NZTG soon realised it would have to develop a more comprehensive tool, so it embarked on the ambitious project to create Katipolt, an easy-to-use format for tradies built on the Salesforce platform. The Katipolt feature list includes an in-built design/drawing tool, quoting, controlled purchase ordering and project management functions, work scheduling, field management, employee timesheets, and customer invoicing. 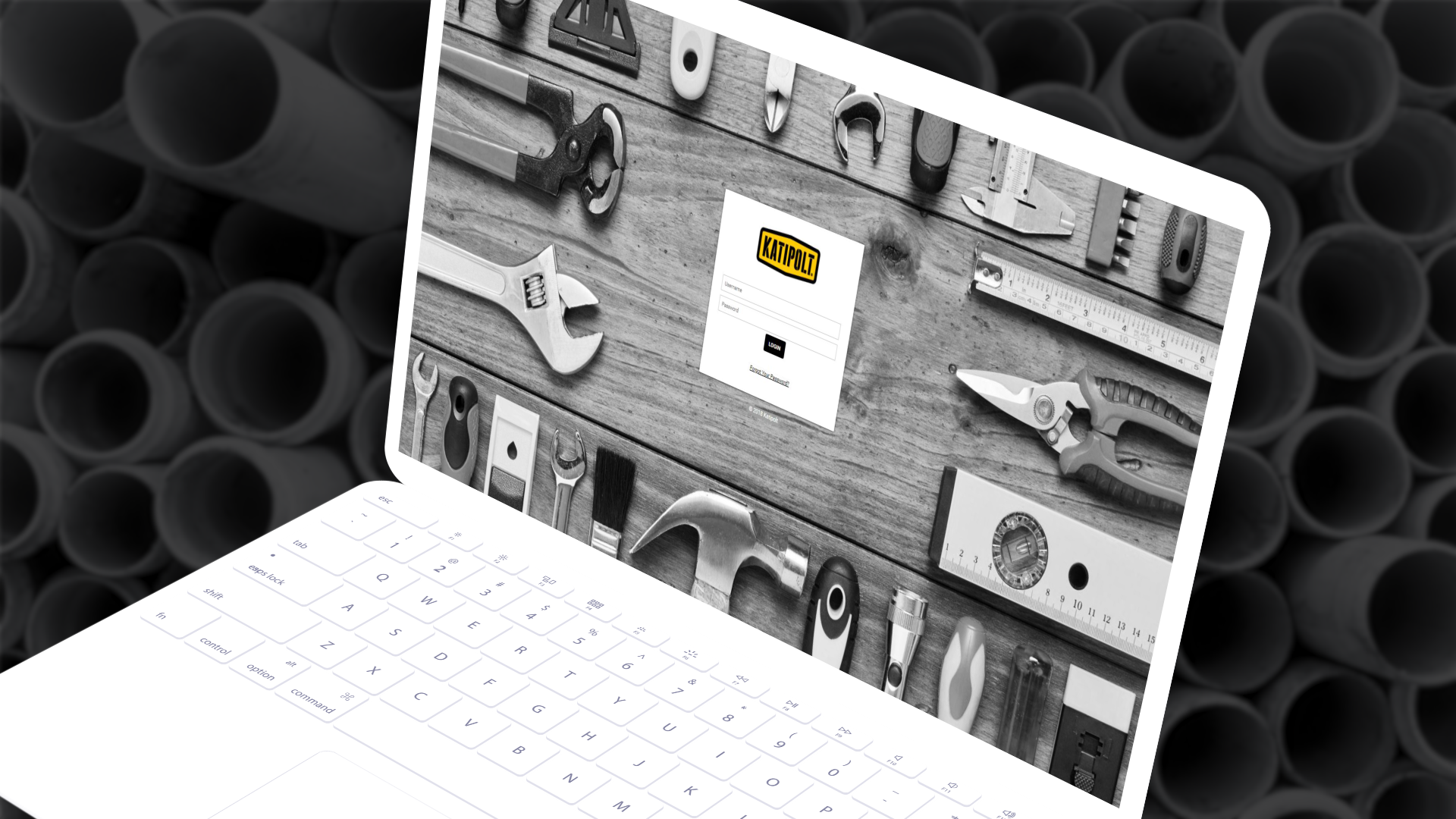 NZ Trade Group's Katipolt software was an ambitious project: "It was a huge learning curve."

Katipolt also aggregates its members’ data, enabling it to provide them with meaningful analytics, and operates as a community platform encouraging cooperation and collaboration.

The company initially bit off more than it could chew by building Katipolt on Salesforce, Brown says. “It was a huge learning curve and it’s only starting to pay dividends now.

“But it makes the decision to expand much easier, versus if we had done our own proprietary system and had to rebuild it to suit another market. Because it’s on an international platform the work’s already done.”

It also means Katipolt is scalable and can be easily tailored for other trade groups, such as plumbing, he says.

A Callaghan Innovation Growth Grant has provided vital support on the Katipolt project. NZTG had been outsourcing all its software development since 2008, and the funding meant it could build an in-house development team.

“That was a pretty hard period because we were still paying third-party developers at the same time as we were ramping our new team up, so we had a double-up of costs going on.

“Without Callaghan Innovation we wouldn’t have been able to do it. We would have missed the boat or had to do it incrementally over time. But within a three-month window we brought seven developers into our business and were able to maintain a semblance of business as usual.”

Callaghan Innovation has also helped NZTG with student grants and provided a sounding board on hiring key staff and expansion into the Australian market. In addition the company has made good use of the agency’s advisory services, in particular the Innovation Foundations programme.

“That’s been pretty awesome. It’s really opened my eyes to different ways of strategising around income, engagement, and the scientific approach to innovation,” Brown says.

Pumping up the volume

To date NZTG’s services have evolved organically, and it is now at the point of working out how to roll out a volume-based model, Brown says.

“We have to evolve our current singular model to suit the different levels of engagement required by trades businesses. A one-man band in his first year of operation has very different support requirements to a twenty-man firm that’s been around for years. Our model has to be layered for size, age, acumen and how we charge for our services.”

NZ Trade Group CEO and co-founder Andrewe Brown: “We have to evolve our current singular model to suit the different levels of engagement required by trades businesses."

This includes evolving its training programmes. NZTG wants to be “the ambulance at the top of the cliff” preventing tradies from making business mistakes, and delivering that advice at scale by developing a trades-based training and support scheme, Brown says.

NZTG is a fantastic example of a business that has realised the dangers of not being disruptive and has identified an opportunity in its industry, says Vincent Campbell, Callaghan Innovation’s Maori Economy Team Business and Relationships Manager.

“They are keen to learn and are adamant they need to be a step ahead of the game so have invested heavily in R&D to make sure they maintain a competitive advantage.

“They have plenty of skin in the game and have taken every opportunity Callaghan Innovation has offered them,” Campbell says.

Brown, who is of Ngāpuhi descent, says success for NZTG and for tradies are not his only goals. Another of his goals is to build a long-term focus on creating pathways for young Māori into the trades and eventually mentoring them into business ownership.

When he was doing his own electrical pre-apprenticeship course under the Maori Affairs system he saw all too often what would happen with Māori rangatahi.

“People would just disappear,” he says. “They might not turn up for a couple of days, and then instead of anyone intervening and finding out what was happening they were just gone.”

“What I want to do only comes with scale and volume as this creates opportunity for change,” Brown says. “We also want to give transparency to employers on the performance of the apprentice they’re sponsoring.”

Māori do best with a network of whanau support behind them, and there is “a missing little bit that can help”, he says. “There are quite early indicators - they’re starting to turn up late, they’re not engaged.

“The people who need to know, which is the family who can give them the right nudge to persevere, aren’t getting that information. I think it’s huge.”

To learn more about NZ Trade Group you can view their profile on Scale-Up NZ, a free online platform providing valuable insights on hundreds of companies in New Zealand’s innovation ecosystem.