Taking it to heart

An interview with healthtech entrepreneur Will Hewitt isn’t so much an exercise in conversation, as trying to keep up.

Talking isn’t all Hewitt does at top speed. Since co-founding HeartLab at just 18 years old, the CEO has presented the healthtech startup’s research to the European Society of Cardiologists in Paris; raised $1.1 million in investment, led by Icehouse Ventures and supported by US-based VC firm Founders Fund; and grown his team to ten.

And later this year, the now-21-year-old says HeartLab will be ready to launch its AI tools, which help doctors treating cardiovascular disease, in the NZ market.

AI is one of the fastest-growing areas of healthtech innovation, and HeartLab is focused on using it in the fight against the world’s leading cause of preventable death: heart disease.

A type of ultrasound, echocardiograms are the go-to scan for issues related to the heart. Around 100,000 of them are carried out in NZ annually; in the US, the figure is around 38 million.

But while the scanning technology itself has become increasingly sophisticated, the tools to review a scan haven’t. The process still involves physicians taking manual measurements from images – which takes around 20 minutes per scan – and is subject to variation.

“Doctors spend years training, and they’re very expensive to train,” Hewitt explains, “so having them do a repetitive, menial task like taking manual measurements off scans is not a good use of their time.”

HeartLab’s solution, he says, is to develop a platform that instead uses AI to automate the process of reviewing the scans, and consistently deliver the measurements in a fraction of the time. 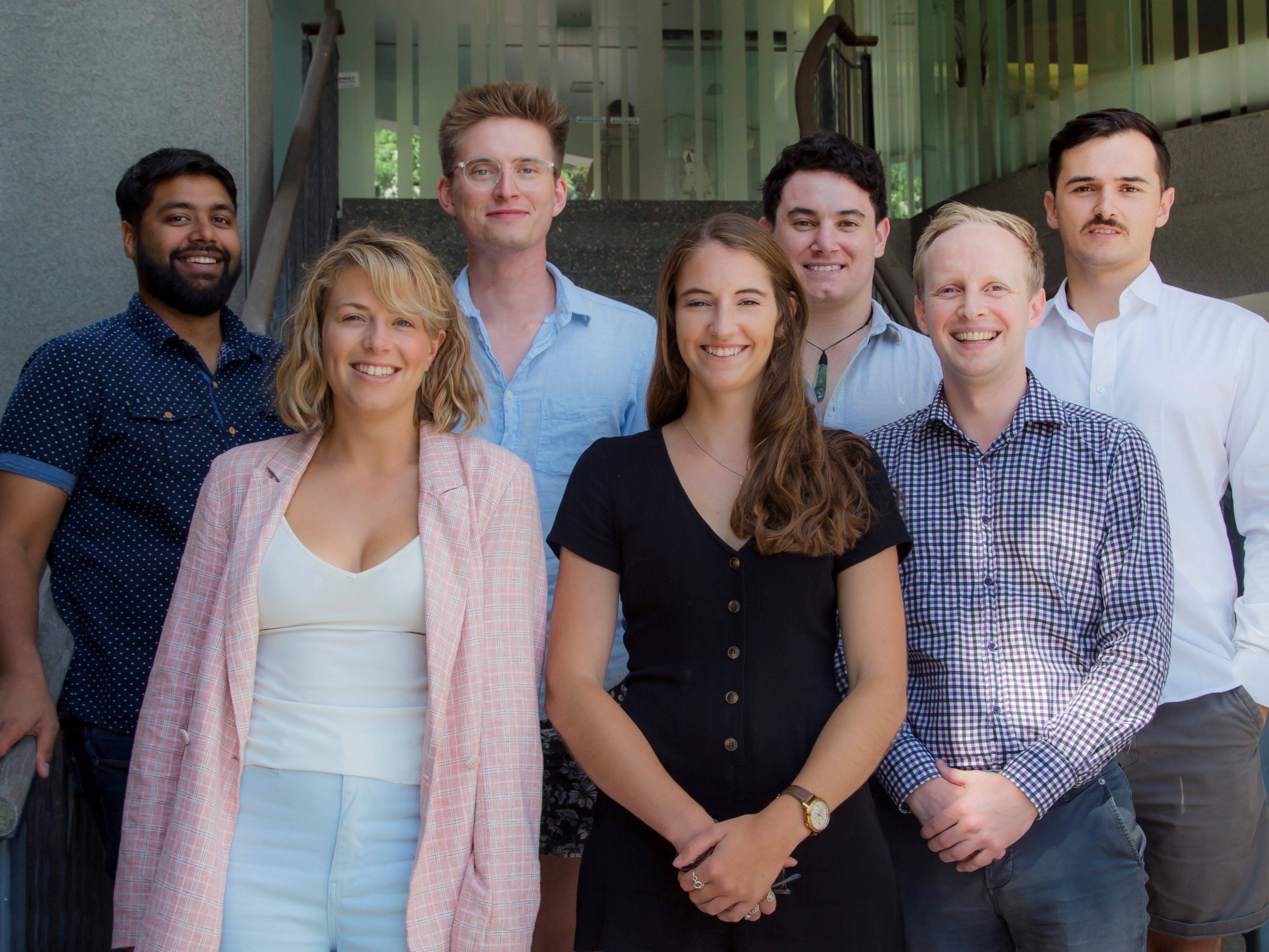 Hewitt was in his first year at Auckland University studying applied mathematics when he started HeartLab. Aiming to get into biomedical engineering, he was also working as a research assistant at the medical school when, as a side project, he started looking at how AI might be applied in cardiology, and hit upon the idea for HeartLab.

To help on the journey, Hewitt has built impressive connections throughout NZ’s healthtech ecosystem, including connecting with Callaghan Innovation. Through the agency, the company gained an R&D Loan, which Hewitt says was critical in supporting the firm before its $1.1 million capital raise late last year, and Student Grants. HeartLab’s longest-serving employee started with the company on a Callaghan Innovation-funded student internship.

Says Hewitt: “Callaghan Innovation’s grants to help take on interns are hugely valuable, particularly for small, early-stage companies like ours. They’ve let us add to our headcount, while also offering opportunities to students they otherwise wouldn’t have.”

It was through Waitematā District Health Board’s i3 Institute for Innovation and Improvement that Hewitt connected early on with his cofounder, Dr Patrick Gladding, a leading cardiologist and healthtech entrepreneur who Hewitt describes as a visionary proponent of the use of AI in healthcare.

HeartLab was also nurtured in Cloud 9, the Auckland Bioengineering Institute’s space for fledgling spinout companies, which is part of the MedTech Centre of Research Excellence (MedTech CoRE), the national platform for translating research into commercialised medical technologies.

More recently, HeartLab has tapped into the HealthTech Activator (HTA), an initiative led by Callaghan Innovation and developed in partnership with the MedTech CoRE and Consortium of Medical Device Technologies.

Tailored specifically to meet the needs of healthtech companies, the HTA is designed to better connect them with the ecosystem as they negotiate everything from capital education to the regulatory pathway to clinical and market validation.

Members of HeartLab’s team recently undertook a workshop through the HTA focused on market validation – an area that Hewitt says is important for the company as it continues at pace on its innovation journey.

“That’s been fundamental in terms of how we view AI in medicine and the products we build: how do we use AI alongside humans to make the best use of both? To do that you need to understand your market, how you provide value to that market, and then test your theories about that.

“When you apply that to what you do every day, it becomes a very powerful thing.”

Biotelliga is developing biologically-based technologies to help growers protect their crops from pests and disease.