From Ruatorea to the world – pharmaceutical firm Rua Bioscience is going public to help it take medicinal cannabis products global.

Rua Bioscience launched an IPO to list on the NZ Stock Exchange in October, with the funds raised helping progress its commercial strategy and advance its extensive R&D programme.

The Tairāwhiti-based business was among the first to gain a commercial licence to grow and supply cannabis-derived medicines when NZ’s Medicinal Cannabis Scheme came into effect on 1 April 2020.

This has given Rua Bioscience the go-ahead to start production at its facilities, which it has spent more than $6 million developing. These include a breeding and cultivation centre in Ruatorea and a manufacturing and extraction plant in Gisborne, which is in the process of gaining Good Manufacturing Practices (GMP) certification.

Rua Bioscience has already inked a deal to supply pharmaceutical-grade cannabis flower to Nimbus Pharmaceuticals – one of the leading wholesale distributors of medicinal cannabis products in Germany. But its vision is much wider, says chief executive Rob Mitchell: to develop novel pharmaceutical products to heal those in its local community, as well as patients in multiple offshore markets.

While it might appear things are just kicking off for Rua Bioscience, it’s taken many years to get to this point.

The business, originally named the Hikurangi Cannabis Company, was set up in 2016 as a subsidiary of Hikurangi Enterprises – a charitable business founded with the aim of creating jobs and promoting economic development in the Waiapu Valley and wider Tairāwhiti region.

However, Tanya Wilson, business and relationship manager in the Māori Economy Team at Callaghan Innovation, notes the agency’s relationship with some of the Rua Bioscience team extends back to 2015, when the agency helped secure co-funding for fellow subsidiary Hikurangi Bioactives.

Since joining Callaghan Innovation in 2018, Wilson has worked alongside the business as it has accessed the agency’s support in a number of ways.

“We work with a lot of startup businesses, but in the medicinal cannabis space these are startup businesses in a startup industry. If you go back five years, no one knew where the regulation was heading in this industry, so Rua [Bioscience] has had to do a lot of work to stay at the forefront.”

The business has accessed Callaghan Innovation Research and Development Solutions’ capability and expertise in CO₂ extraction – a technology used to extract pharmaceutical-quality oil from cannabis plants – at its Gracefield Innovation Quarter in Lower Hutt.

As well as tapping into the scientific expertise of staff, the business initially used the agency’s CO₂ extraction pilot plant. This allowed it to undertake R&D using Callaghan Innovation equipment and further its understanding of the capabilities of the technology before it made a significant investment in its own commercial scale CO₂ extraction plant in Gisborne.

Mitchell says: “Callaghan Innovation’s Research and Development Solutions team, including extraction engineers based at Gracefield, provided critical advice and connections with CO₂ extraction experts early in the system planning process. These support activities enabled Rua [Bioscience] to move ahead with plans and select a system that suited the GMP requirements and initial scale of production.” 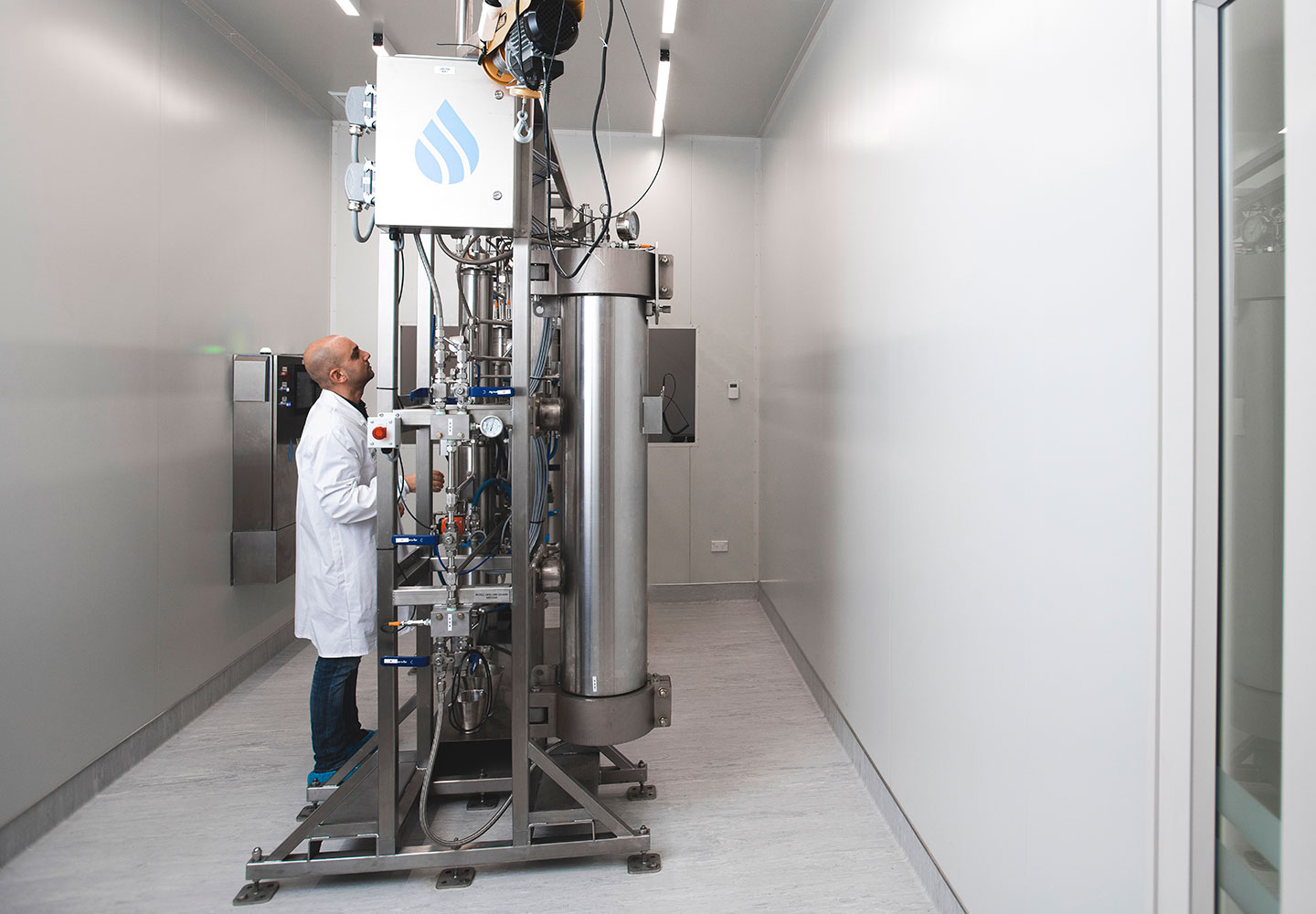 R&D is the lifeblood of any pharmaceutical company, says Mitchell, and requires a large-scale investment, which Callaghan Innovation has also supported.

To accelerate its R&D strategy, Rua Bioscience recently accessed a Callaghan Innovation R&D Project Grant, and it is in the process of applying for a second larger Project Grant as well as the R&D Loan Scheme.

In such a nascent industry there’s a lot to learn, and the business has research collaborations that include a horticultural technology project with researchers at the University of Waikato, Scion and Unitec. It’s also working with internationally renowned experts in genetics and cannabinoid research, including Dr Ethan Russo – former senior medical advisor to Sativex producer GW Pharmaceuticals.

Areas of investigation are diverse, including plant discovery and breeding, cultivation, manufacturing and product development. One current focus, for example, is investigating breeding and cultivation techniques for growing both indoors and out.

“The cost of glasshouses and indoor growing facilities is astronomical, so if you could successfully grow outdoors then your costs could come down dramatically. To be able to pull that off in the medicinal cannabis world would be a breakthrough,” Mitchell says.

Rua Bioscience has also contributed to wider initiatives to progress the medicinal cannabis industry in NZ, including collaborating with Callaghan Innovation staff and consultants on an industry capability roadmap. One of a series of three capability roadmaps designed to help early-stage hemp and medicinal cannabis businesses, the Medicinal Cannabis Capability Roadmap helps those interested in forming businesses in the sector identify what capabilities they will need to operate in different parts of the value chain.

Mitchell has spent more than 30 years working locally and internationally in the pharmaceutical industry, and joined Rua Bioscience in February this year. He’s one of many internationally experienced staff and directors who’ve been attracted to the business, which is committed to growing local talent as part of its wider vision to deliver economic, social and cultural benefits to Tairāwhiti.

Panapa Ehau, who co-founded the Rua Bioscience alongside Manu Caddie, developed NZ’s first tertiary training course for cannabis cultivation with Eastern Institute of Technology. In its first major funding round the business raised $2 million from within the Tairāwhiti community, before going on to gain $14 million from private institutional investors.

“Working in the pharmaceutical industry you always believe that what you’re doing is good for patients,” Mitchell says.

“Rua Bioscience aims to create pharmaceutical products that help patients, but there’s also this whole other side to the business that’s creating jobs and opportunities and excitement in the region. To be part of that is pretty cool.”

The path from concept to commercialisation