Here’s a thought if you’re firing up an outboard motor to head onto the water this summer: running one 5HP petrol-powered outboard for an hour produces pollution equivalent to 38 new cars running for the same period.

Entrepreneurs Bex Rempel and Neil Mans learned about the pollution caused by marine engines while running the world’s first business renting out jetboards – petrol-powered surfboards. And it fuelled  the inspiration for their next world-beating business, ZeroJet.

Auckland-based ZeroJet develops and manufactures electric jet propulsion systems for small boats and tenders – the little boats that run back and forth from a bigger vessel.

Annually, around 350,000 outboards are sold around the world for boats that size, explains Rempel, who is ZeroJet’s CEO and co-founder. “Our plan is to replace 10,000 of those outboards over the next five years, which is equivalent in terms of pollution reduction to taking 1.5 million cars off the road.”

Boats, however, weren’t the couple’s initial target for their technology – which takes us back to those jetboards.

“We had set up this experience centre in Perth for jetsurf, or petrol-powered surfboards,” recalls Rempel. “We were buying and selling and renting out these boards made by a Czech Republic company, and we realised just how big the market was, but also how polluting – and extremely expensive these boards are.”

Rempel and Mans thought they could do better. So the following year, in 2015, they returned to NZ and, with the help of a Callaghan Innovation Getting Started Grant, set out to create an electric jetboard.

CTO and co-founder Mans is a mechanical engineer, who ran the machine shop at Kiwi precision electromagnet manufacturer Buckley Systems for almost a decade, so he had the background and contacts to build a team of engineers. With further assistance from a Callaghan Innovation Project Grant, they ultimately created the world’s fastest jetboard (Mans clocked 70km/h on their invention, popping a few ribs in the process).

“But as we got the board ready to go to market we started getting all this feedback. People said: ‘How did you put so much power into such a small space? Imagine what you could do with this technology if you put it into boats’,” Rempel says.

“Eventually we started talking to boat builders, and every single one was interested. They said ‘we have customers looking for electric solutions and this looks amazing. When can we have it?’” 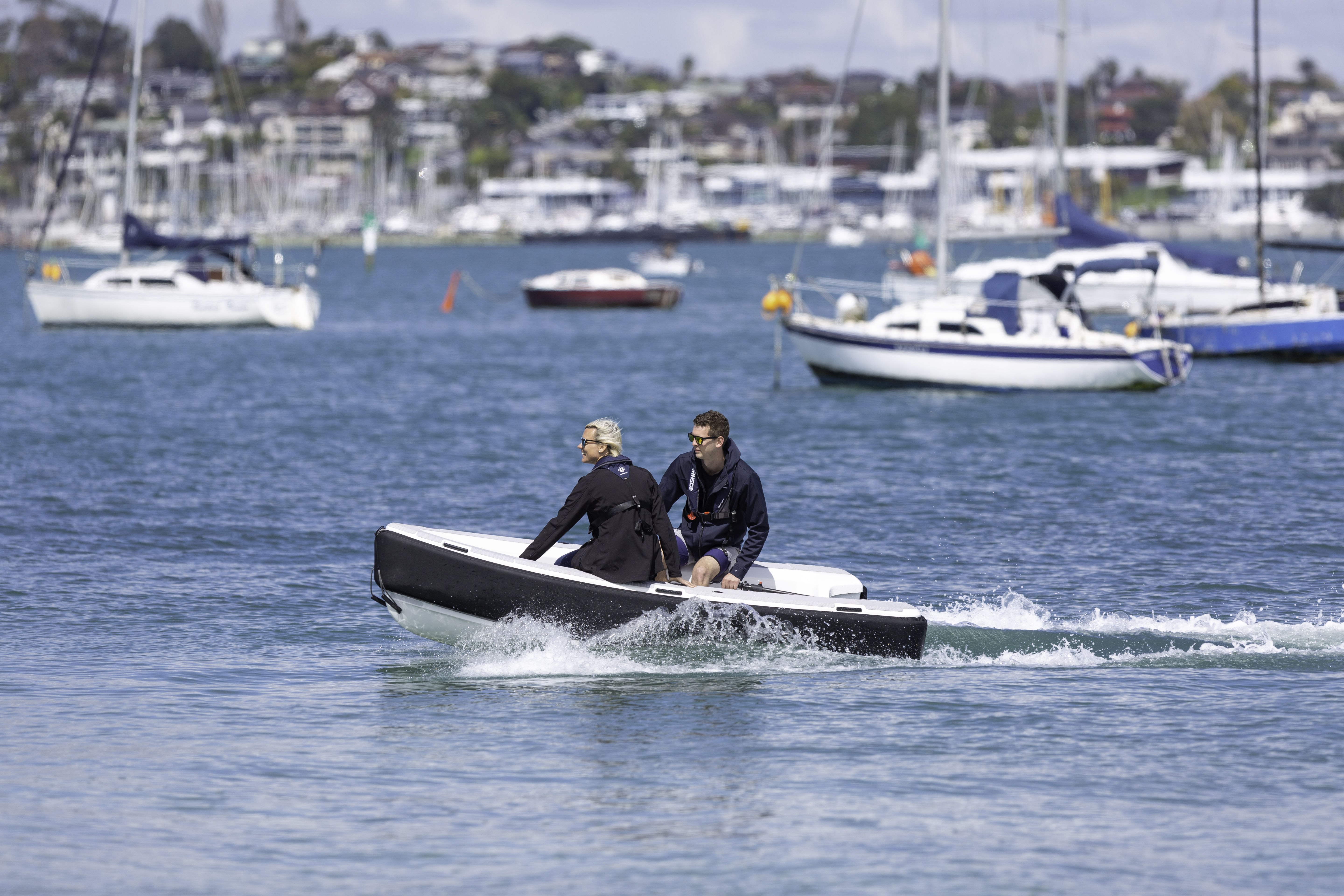 It was a tough call, but in mid-2019 the couple pivoted away from electric jetboards, to develop their electric jet propulsion systems for boats.

It required the business to overcome a number of innovation challenges.

For example, all of the systems’ components have to be suitable for marine use – an environment that most existing electric technology was never designed for. As such, there’s a high degree of customisation involved in producing the systems – one of the reasons why the business opted to both design and manufacture themselves.

Efficiency of design is also key, which includes the boats the systems go into. NZ is known globally as a centre for developing cutting-edge marine technology, says Rempel, which has helped the business validate its technology with boat builders. ZeroJet has already secured its first commercial partner – tender manufacturer Offshore Cruising Tenders – whose flat-bottomed hulls are particularly suited to an electric solution.

“For example, being able to recently unlock another Project Grant and an R&D Loan has completely transformed what we’re able to achieve. We’ve had three new hires start recently, and being able to attract top quality people is really helping us develop and accelerate this technology.”

Deb Wai is a Business and Innovation Advisor at Auckland Unlimited – the Auckland delivery partner for NZTE and Callaghan Innovation’s Regional Business Partner (RBP) network. The network provides businesses with access to local support, coaching and training services to build management capability, as well as funding.

She’s worked alongside ZeroJet since 2019, and notes the business has accessed a wide range of Callaghan Innovation support since that initial grant in 2015, including Student Experience Grants and tapping into technical expertise through the agency’s Research and Development Solutions team.

“It’s been great to see that support in action – particularly how it’s helped them as they’ve pivoted their business idea while still developing the core technology,” says Wai.

“ZeroJet’s also done a really good job in terms of market validation, working closely with boat builders, and on the investment side, with a successful capital raise completed earlier this year.”

The business initially plans to work with its boatbuilder partners to sell a whole-boat package to customers, says Rempel, allowing it to stay close to end users in the early days of taking the technology to market. The ultimate plan, however, is to sell ZeroJet’s electric propulsion systems to a range of boatbuilders globally as a turnkey solution.

“We want to build a successful global brand, that’s known for being safe and reliable, so that’s the way we’re conducting our business from day one.”