An oasis of innovation as Tauranga manufacturer embraces Industry 4.0

When you’re using highly flammable compressed natural gas to power your equipment and vehicles, you need to know you can rely on the valves and nozzles to keep the gas flowing safely.

From its sunny base in the Bay of Plenty, Oasis Engineering has earned a solid reputation for doing exactly that, with customers in the energy and transport sectors all over the world. But it's a competitive business with strong price pressure on the precision-machined, stainless steel products the business produces.

“Lean is now ingrained in our day-to-day work routines and we even use the strategies at home. It’s an effective and simple way to work and live more efficiently. It's just about improving the process and repeating,” Oasis Engineering general manager Kevin Flint says.

Oasis Engineering and its 28 employees use the Kanban stocking system, pioneered by Toyota in the late 1940s to keep inventory levels as low as possible.

Following the Kanban system means Oasis is assembling components to order with just a five-day lead time before they head out the warehouse door. It has also employed the Theory of Constraints, aimed at identifying the biggest limiting factor or bottleneck in a production process - then removing it. 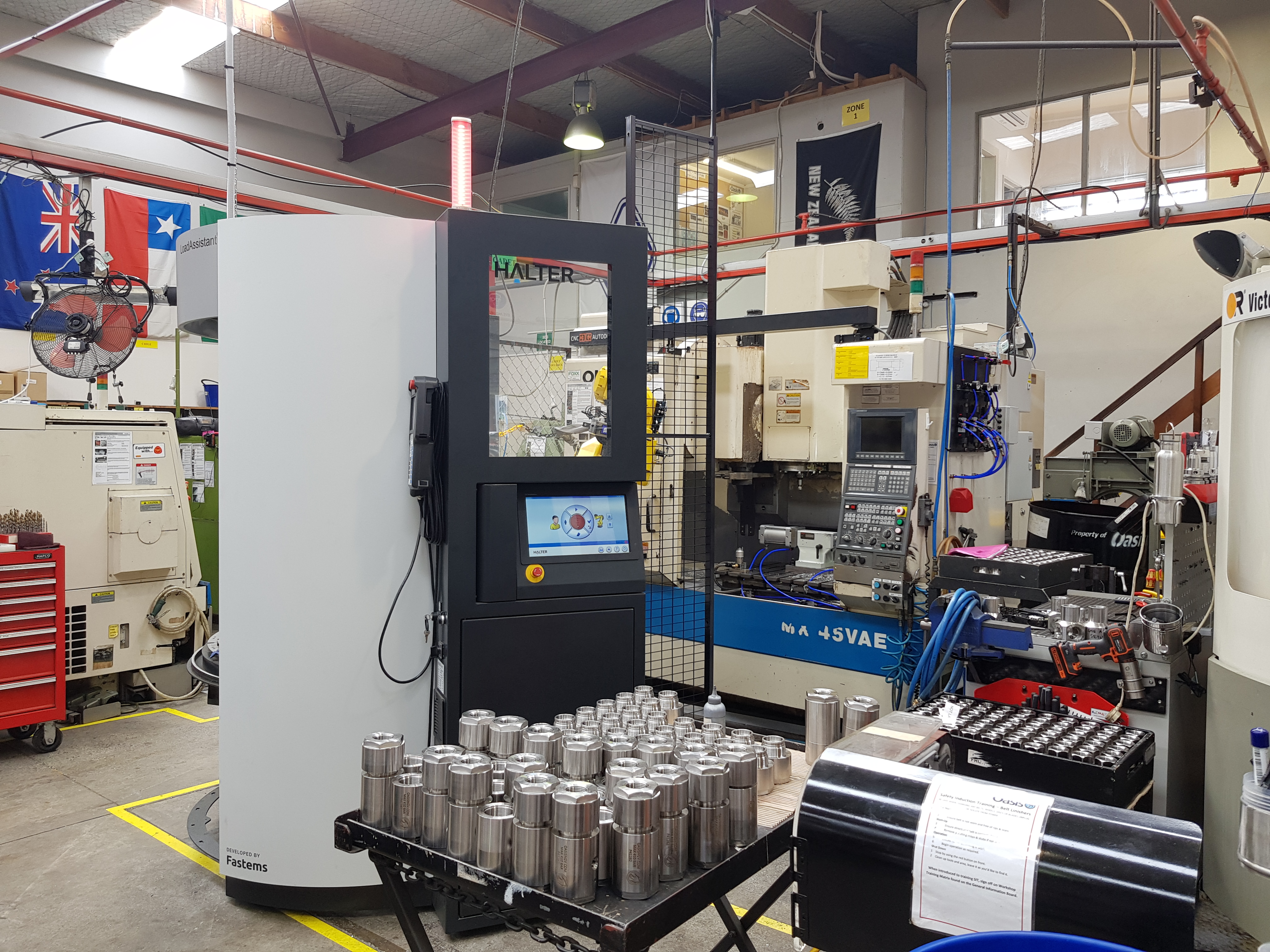 A love of Lean

The approach was behind a dramatic improvement in business  performance around shipping finished products to its customers.

“We were saying to customers that we would ship the products to them in four weeks, but we only achieved that 65% of the time,” says Flint, who has studied the production processes of Dell and Amazon, which operate some of the largest supply chains in the world.

“After taking the Constraints approach, we are shipping on time 98.5% of the time.”

When German refueling equipment provider, ELAFLEX, bought a stake in Oasis in 2017, the Lean focus only intensified. With new investment and the application of production knowledge from its new owner, who saw in Oasis a world leader in compressed natural gas technology, the quest to do better picked up speed.

On a visit to ELAFLEX in Germany, Flint saw ‘Industry 4.0’ first-hand for the first time, a concept that emerged in 2011 as a strategy of the German government for the digitisation of manufacturing.

“I hadn’t heard about Industry 4.0 previously, but the more I looked into it, I saw that it was an extension of the Lean approach we had been following,” says Flint.

Then came an opportunity to get on-the-ground support and funding to put some of those new technologies and approaches to work. Last year, Oasis joined other NZ manufacturing businesses, including NZ Steel, Lion and Methven, in Callaghan Innovation’s six-month Digital Lean pilot programme. The purpose of Digital Lean was to allow businesses to make small changes that could harness Industry 4.0 to yield significant benefits.

Working with Callaghan Innovation and Free Flow Partners, the Bay of Plenty-based lean manufacturing consultants, the Digital Lean project saw Oasis add sensors to equipment to communicate with the operator when a problem was detected.

“When the machine has a problem and stops, it texts an engineer. We’re also setting up cameras that the engineers can look at via their phone to check the status of the machine,” says Flint.

Robot arm with manufactured brass swivels for use on petrol tankers

Digital Lean has also led to a more data-driven approach to Oasis Engineering’s production process. Every engineer and technician on the assembly floor now has a tablet, which they use to record notes and take photos and videos of their work.

“There's a lot of knowledge an individual has in setting up this machinery,” says Flint.

“Now we can transfer that knowledge to everyone more easily.”

The business has also ramped up its use of robotics to load and remove components from factory machines that process the metal components. That means fewer people are required for ’mundane’ production-line tasks, allowing them to be deployed elsewhere.

One shop-floor worker has learned to use computer-aided manufacturing software and now spends half his time in the office refining machining processes.

With five engineers dedicated to product development, up from just one in 2013, the business is innovating for the future. These improvements will see Oasis Engineering expand its product range to service the market for hydrogen fuel, which is being pursued as a low-emissions alternative to petrol, diesel and gas.

“Industry 4.0 will be central to that. Without Callaghan Innovation, we wouldn’t have had the knowledge or resources to start down that path.”

Digital Lean is Callaghan Innovation’s programme to assist New Zealand businesses make the most of Industry 4.0 technologies and approaches.

Contact us to find out how you can get involved in Digital Lean.