For Christchurch-based entrepreneur Dudley Jackson, who suffers from motion sickness of a different kind – seasickness – this phenomenon also sparked the idea for his business, See-LEVEL.

“I thought, if VR could have such a powerful effect on the mind in causing motion sickness,” says Jackson, “what would happen if we reversed some of the headset’s engineering, and the situation where it’s used? Could it remove seasickness just as quickly?”

Jackson’s own history with the sea provided powerful motivation to pursue his idea.

In 2007, with dreams of bringing up his children sailing around the Pacific, he sold his home, and moved the family, including two kids and a dog, on board a 40-foot yacht. But he soon realised he was among the 25% of the population prone to seasickness, and the trip shortened to six months spent mostly sailing calmer NZ inshore waters.

Jackson also had aspirations to become a professional skipper and gained his commercial ticket. But with his affliction limiting his ability to gain an offshore licence, he instead continued his career in IT, while running a sailing school part time.

So around a decade later when he hit on the idea to use VR to alleviate seasickness, Jackson not only had the background to fashion a prototype – using Google Cardboard and a basic mobile phone app he developed – but to become his own guinea pig.

“I rowed out into a southerly storm one night to the yacht, and when I started to feel nauseous I used this basic program I’d made, and felt some benefit. That’s when I thought, ‘there’s something in this’.” 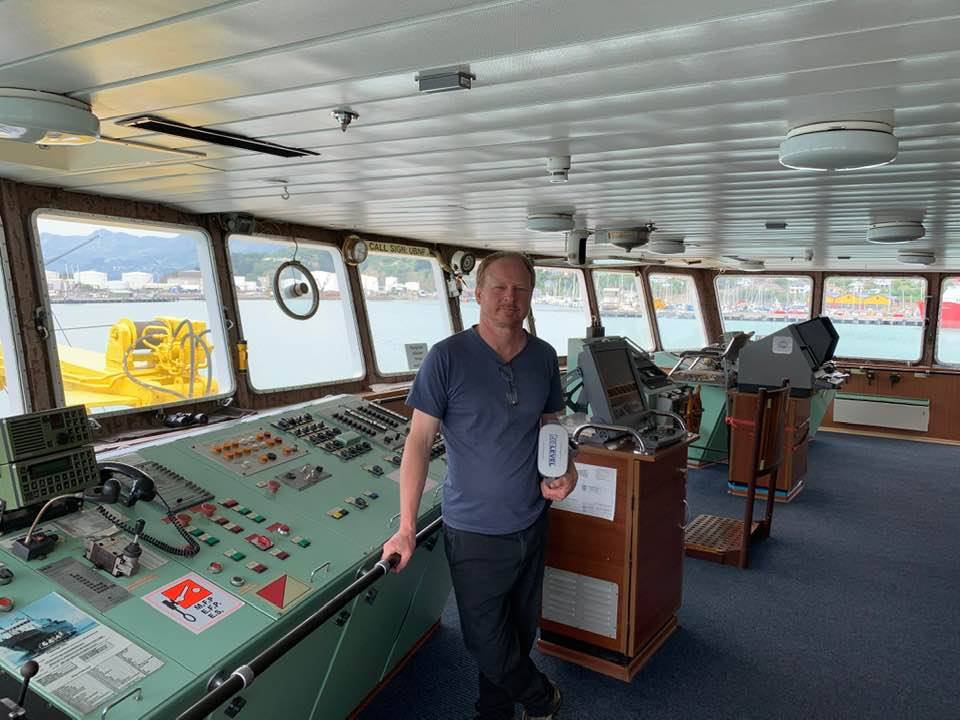 See-LEVEL founder Dudley Jackson’s own experience with seasickness sparked the idea for his novel innovation.

Someone else who saw potential in that prototype was Rob Lawrence, a Business Advisor at the Canterbury Employers’ Chamber of Commerce (CECC), part of Callaghan Innovation’s Regional Business Partner (RBP) network.

RBPs provide businesses with access to local information, training and development services, as well as funding, and Lawrence (now retired) connected Jackson with a Callaghan Innovation Getting Started Grant to help clarify the IP position around Jackson’s idea, and software development and commercial contacts to help launch it.

A key innovation challenge was how to integrate a vessel's unique movement characteristics into the MVR scene – matching them with the signals received by a user’s ears and eyes to ensure they become balanced again. A Callaghan Innovation Project Grant in 2019 co-funded 40% of the R&D work required for See-LEVEL to create its first full-scale product. Jackson’s business partner Grant Edmundson helped secure private investment with local entrepreneur and business mentor Graham Rule to raise the remaining 60%.

“That Callaghan Innovation support was incredibly important, because we were able late last year to bring on board two early-adopter customers – Heritage Expeditions and Whale Watch Kaikoura – and gain two crucial case studies.”

It also helped See-LEVEL learn more about how best to deploy the technology, especially when potential users have little or no experience of VR and are feeling very unwell.

In a process called Signal Matching (SM), users initially wear the See-LEVEL headset for 15 minutes, where they view a scene that matches the signals their ears and eyes are receiving. This brings them to a point of stabilisation, where they feel better and in balance. For some this is all they need, but recurring sufferers can undergo a further 40-minute training, called Incremental Neural Training (INT), which introduces movement to the MVR scene based on data streamed directly from the vessel’s movement.

During a trial of the technology on a two-week Heritage Expeditions trip to the Antarctic Islands last year with 50 passengers, 12 of the 14 people who reported feeling seasick recommended using the technology (the other two had pre-existing medical conditions as complicating factors).

A See-LEVEL unit is designed for use by multiple people and in rugged sea conditions, and CECC and RBP network Business Advisor Joris de Vocht says the potential market opportunity is substantial.

“When people hear about this technology they often think of it at the consumer level – I get seasick, you can sell it to me,” says de Vocht. “But the real value is on a commercial level – providing the technology to large companies that have big fleets and send a lot of people to sea – because of the potential productivity and health and safety gains.”

Initially, See-LEVEL was targeting cruise and expedition ships, but when COVID-19 arrived in NZ, severely impacting cruising and tourism – it needed to change tack.

Jackson says a silver lining to COVID-19 is that See-LEVEL has progressed two other major markets: Defence (the many Navy fleets around the globe) and offshore wind farms, which it hadn’t previously identified.

Every day more than 500 vessels travel to offshore wind farms to deliver engineers who then have to scale and service huge wind turbines. However, seasickness among engineers causes significant productivity loss and health and safety concerns.

The business is now working with a significant, global technology provider in the sector to test See-LEVEL’s technology with wind turbine engineers, initially in Taiwan.

Jackson says he’s enjoying seeing how the technology is already making an impact.

“It’s really nice to see it allow people, including myself, to enjoy the sea. Having people give you back the headset and say ‘thank you, I feel better now’ – that’s a big driver.”