Manufacturing success stories Tait and Gallagher are leading the way again in developing a programme to teach other Kiwi firms how to go digital.

A 21 per cent increase in production in six months would be any manufacturer’s dream.

Then imagine doing it without any extra capital investment, on fewer machines, and while maintaining short lead times and maximum flexibility.

This is exactly what Canterbury-based communications equipment maker Tait International achieved when it took part in a prototype for a new programme being developed by Callaghan Innovation.

We’ve all heard about Industry 4.0, the term coined for the fourth wave of industrialisation sweeping the globe. The challenge for businesses is translating this into practical applications on the factory floor.

With the aim of upskilling Kiwi manufacturers Callaghan Innovation is developing Lean 2.0, the next generation of its long-running Lean programme. Where one is about being culturally Lean, the second is about technology leading those efficiencies.

Tait and Hamilton-based animal management and security systems manufacturer Gallagher ran a prototype of the programme in their factories from March to August 2018, with LMAC advising Tait and Beca advising Gallagher.

The two projects focused on different challenges – greater efficiencies on its circuit board production lines for Tait, and quality control in Gallagher’s injection moulding production – but everyone involved quickly learned one common lesson: Lead with the problem, not the technology.

“We thought it was going to be all drones and smart-glasses,” says Nathan Stantiall, Callaghan Innovation’s Acting Group Manager – Programmes. “The funny thing is that’s probably the reason it got kicked off, because people liked that story.

“But it’s not the shiny toys we thought it was going to be. It was actually about data science.

E for efficiency at Tait

While concepts such as Industry 4.0 and Lean 2.0 might be the next big thing, making your factory smarter than it was is still a pretty good outcome, says Dean Mishewski, Manufacturing Engineering Manager at Tait.

Tait called the project it ran on its SMT (surface mount technology) circuit board production lines ‘E20’ – E loosely for efficiency, while 20 was a reference to the percentage improvement it hoped to make. In February before it implemented E20 Tait knew it didn’t have the capacity it would need by June and July, so becoming more efficient was important.

Some of the changes it made were not ground-breaking, Dean says. For example, it updated parts on one line, and consolidated machinery so that it was running three lines at optimum capacity even though it meant leaving a fourth idle. It also smoothed out its changeovers, levelling out peaks and troughs and allowing transitions to be done with fewer staff.

The key difference between this and other Lean projects was the data, Dean says. Its machines are sophisticated and can collect a lot of data, and the other key part of the equation was transforming that into something people could digest.

Algorithms to analyse the data were developed to help with predictive planning and scheduling. Tait staff enjoyed the challenge of creating software solutions that connected with physical machines making real products, Dean says.

“Turning data into actionable information, that was crucial for us,” he says. “Exposing data we didn’t even realise we had, then figuring how to get it, then turning it into something visual was really important for us.

“The value of being able to visualise things not only helped us draw mostly the right conclusions but also share the reasoning with staff and other stakeholders,” Dean says.

Gallagher’s experience of the Lean 2.0 prototype project was valuable in a different way.

The problem it chose to address was improving the detection of defects in plastic injection moulded components. Nearly a third of Gallagher’s business is high-end security products, and “they’ve got to look the part”, Plastics Value Stream Manager Kevin Holmes says.

But the process of picking up aesthetic faults was largely manual, with a frustrating lack of consistency. “What was good this time was bad next time,” he says. “Every little fault that we found was costing us at least three hours of combined time.”

To begin with the team considered using HoloLens, Microsoft’s mixed reality smart-glasses, but quickly realised it wasn’t the solution. The HoloLens could tell if a product was the right shape but couldn’t provide enough information on factors such as colour.

The project instead used machine learning software to accurately identify defects. However it’s still a work in progress, Kevin says.

“It was trial and error, and what we actually came up with was ‘the software’s good, but the camera’s not good enough’,” he says. 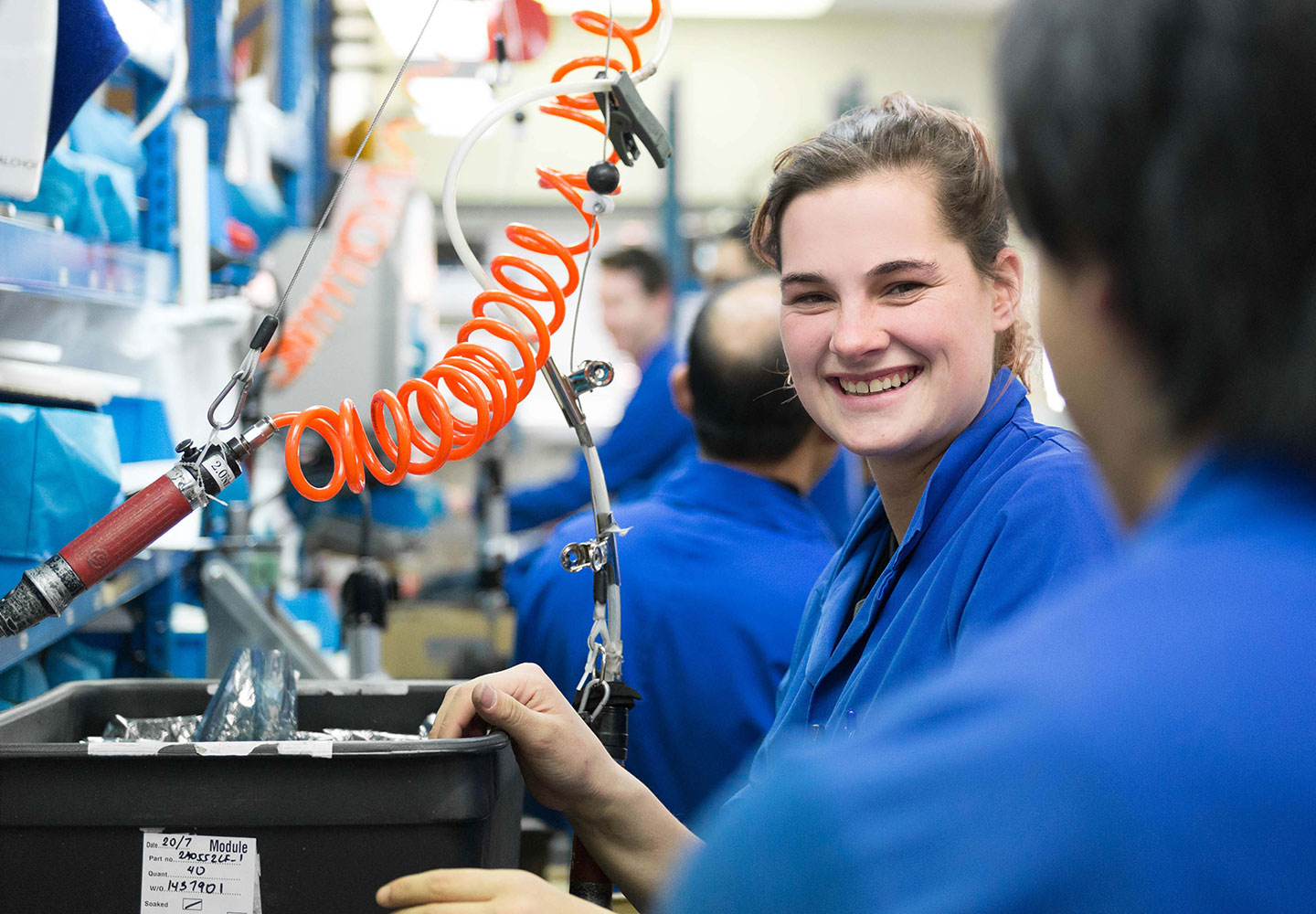 The project has now pivoted, and Gallagher’s electronics department is looking at using the technology for detecting faults in printed circuit boards (PCBs).

“What we’ve learned from it is vision is definitely the way to go for us. The technology that was used for that trial period proved it’s possible, we just probably need to go to a much higher quality camera or something like that,” Kevin says.

Gallagher would not have undertaken the work without the support of Callaghan Innovation and the Lean 2.0 prototype.

“I think we would have been experimenting for a long time, but we just didn’t know what vision stuff was out there without starting this whole project.

Gallagher’s security business is growing by 25 per cent a year, so Industry 4.0 solutions will be key to providing future capacity, Kevin says.

The next step in the Lean 2.0 journey is a pilot involving eight companies in early 2019, with the aim of launching the full programme later in the year.

Unleash the value in your business by putting every step of the business process under the Lean lens. Eliminate waste and improve your customer experience.