At the entrance to one of Hamilton’s busiest spots – Te Awa/The Base shopping mall – a striking artwork stands sentry.

Winding up the massive stainless steel pou are three different-coloured threads, representing a famous whakatauākī of the first Māori King, Pōtatau Te Wherowhero, and symbolising connection and collaboration towards a common vision.

Fabricating the impressive sculpture fell to local company Longveld, which since its formation in 1992 has been taking on such challenging and bespoke projects as one aspect of its manufacturing business. The other aspect involves fulfilling ongoing contracts, such as fabricating Fonterra’s milk trucks.

“We pride ourselves on being an innovative company,” says Longveld project engineer Nathan Roa. “In the past we’ve exemplified that innovation through the difficulty of some of the more bespoke projects we’ll take on – the sculptures being an example.

“Now our innovation is really focused on looking strategically at how we can take advantage of the increasing speed at which the world is changing, and embrace Industry 4.0 and all its digital implications.”

Industry 4.0 refers to the fourth industrial revolution – characterised by a fusing of technologies that blur the lines between the physical, digital and cyber-physical. In the manufacturing sector this is playing out through increased adoption of the Internet of Things (IoT); ‘digital twins’ to model products and processes; and robots and automation.

The robots are here

It was last year when Longveld began to look more closely at the latter to meet a particular business problem.

Polishing is an important function in Longveld’s workshop. When producing tanks primarily for food and beverage industry clients, any welds must be polished smooth, for example, to ensure biological material isn’t caught in cracks where it can cause bacteria build up and food contamination.

However, polishing is labour-intensive, there’s a shortage of skilled polishers and the workforce is ageing.

“So we were looking at ways we could use technology to increase capacity in that part of the business. We had been looking into robotics, and straight away we saw that moving a robot across a surface to polish it could form the basis of a simple project we could try.”

Longveld has been a Callaghan Innovation customer since 2014, and has accessed a range of support during that time, including Project and Student grants; over this past summer, for example, an engineering Master’s student carried out an investigation into the optimisation of consumables used at the firm, identifying underutilisation and incorrect use, and evaluating procurement procedures.

Through its relationship with the agency, the business was also aware of its programme allowing businesses to trial a collaborative robot, or ‘cobot’, which works alongside humans in the workplace – and it was keen to give one a try.

Roa says the company had a number of questions it wanted answered during the month-long trial. Could the robot do the job effectively enough to free up polishers’ time? Could it work safely in the workshop? Was it simple enough to be programmed by someone not particularly computer literate?

Ultimately, says Roa, Longveld successfully ticked those boxes during the trial and it has since purchased its own cobot. 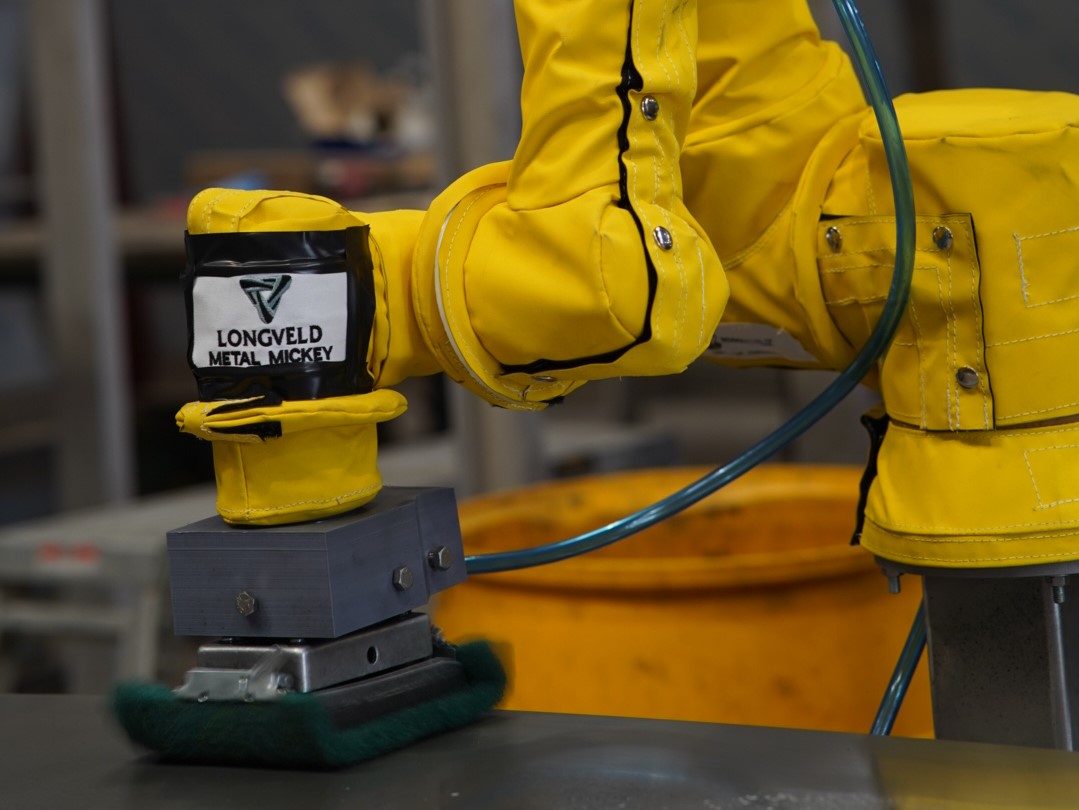 “Our industry is very cyclical,” he says, “which makes investing in R&D difficult because you can’t afford to waste a lot of resources trying things that don’t actually deliver.

“The Callaghan Innovation trial really helped us have the confidence to say ‘yes, we’re ready to take the plunge with robotics’.”

Callaghan Innovation has two cobots it can loan out to industry free of charge for a four-week trial to help businesses de-risk the investment process.

As part of his role at the agency, research engineer in robotics and automation Luke Holibar helps companies set up and work with the machines.

He says: “Often these companies have limited experience with robotics, so bringing these robots in and showing companies how they’re actually very simple to use, gives people a very good idea of what this technology can and can’t do.”

Rhetoric around robotics often focuses on the potential for job losses in manufacturing, but Roa doesn’t see this as the case.

“With a robot, you can turn it off when you’re not using it – the capacity is scalable. So if you can fill a labour shortage with the help of some robotics, while still retaining your experienced people and at the same time giving them an extra tool, you have a greater ability to ride out peaks and troughs, and maintain profitability.”

Another benefit of the cobot is the ability to monitor its productivity, ultimately helping optimise its use.

It’s something the company is looking to do more of by embracing other Industry 4.0 technologies such as IoT. For example, it recently connected a waterjet cutter, which cuts 2D profiles out of sheet metal, to a data logger, so it can see the percentage of the day it’s in use and productive.

Connecting and collaborating with Callaghan Innovation on a combined Industry 4.0 vision, Roa says, is helping along the way.

“Callaghan Innovation has really helped by providing access to experts who have an overview of what’s going on in the sector in NZ. That’s provided us with more certainty around our R&D processes so we know that whatever we’re investing in is worthwhile.”

It was once said our economy was built off the sheep’s back, but look closer and you’ll see...

To meet the fast-moving threat of COVID-19, the business capitalised on leveraging its own IP, existing technology, and a Callaghan Innovation R&D Loan to help develop the Frogga.