When Daniel Coats’ business Piletech was bought by Fletcher Construction in 2006, it was the end of one chapter and the start of another significant one for the entrepreneur.

Piletech had come to dominate the local market for screw piles, a type of building foundation that can be wound deep into the ground quickly, creating minimal noise and vibration.

As Coats helped Fletcher scale up its new division, he was also thinking about how the fundamental technology underpinning screw piles could be applied to other industries. The corkscrew shape of the screw, when forged in steel, is common to all sorts of equipment and machinery, from augers and agitators to conveyors and even marine anchoring systems. The so-called helices can range in diameter from five centimetres to six metres, depending on the application.

“When I looked around the world, I saw that the technology was closely held, operated by artisans, largely how it has been done for the last 100 years,” says Coats, the founder and Managing Director of Helix Flight, the company he set up to apply innovation in helices outside of the market for screw piles.

Coats saw an opportunity to introduce machinery to improve how these helices are forged in metal, standardising the process so that knowledge could be more easily transferred within a manufacturing business - an important factor in an industry with an ageing population of engineers and metal workers.

In 2012, with $10,000 in Callaghan Innovation Capability Grant funding (replaced by the Getting Started Grant), Coats set about researching the market and developing a business plan. The next step was to form an R&D team.

“Two additional Project Grants valued in total at around $200,000 were instrumental in allowing us to pull a group of experts together to solve a common set of problems,” says Coats.

Coats assembled engineers, experts in hydraulics, milling and fabrication. He even hired an expert mathematician.

“When we started with this team, we just had the goalposts. We had to invent the solutions to get there.”

It was a true startup, one that would live or die on its ability to come up with an export-worthy product. After a year of feverish work, Helix Flight had developed a minimum viable product - the HF1 Series, its first machine for forming helices, as well as predictive software to go with it.

“It was such a jump in technology that we were selling the concept before we had even built it,” says Coats.

The first sale soon followed, and the business has experienced steady growth ever since, with customers in over 20 countries on six continents. Virtually 100% of Helix Flight’s business is done with overseas buyers. 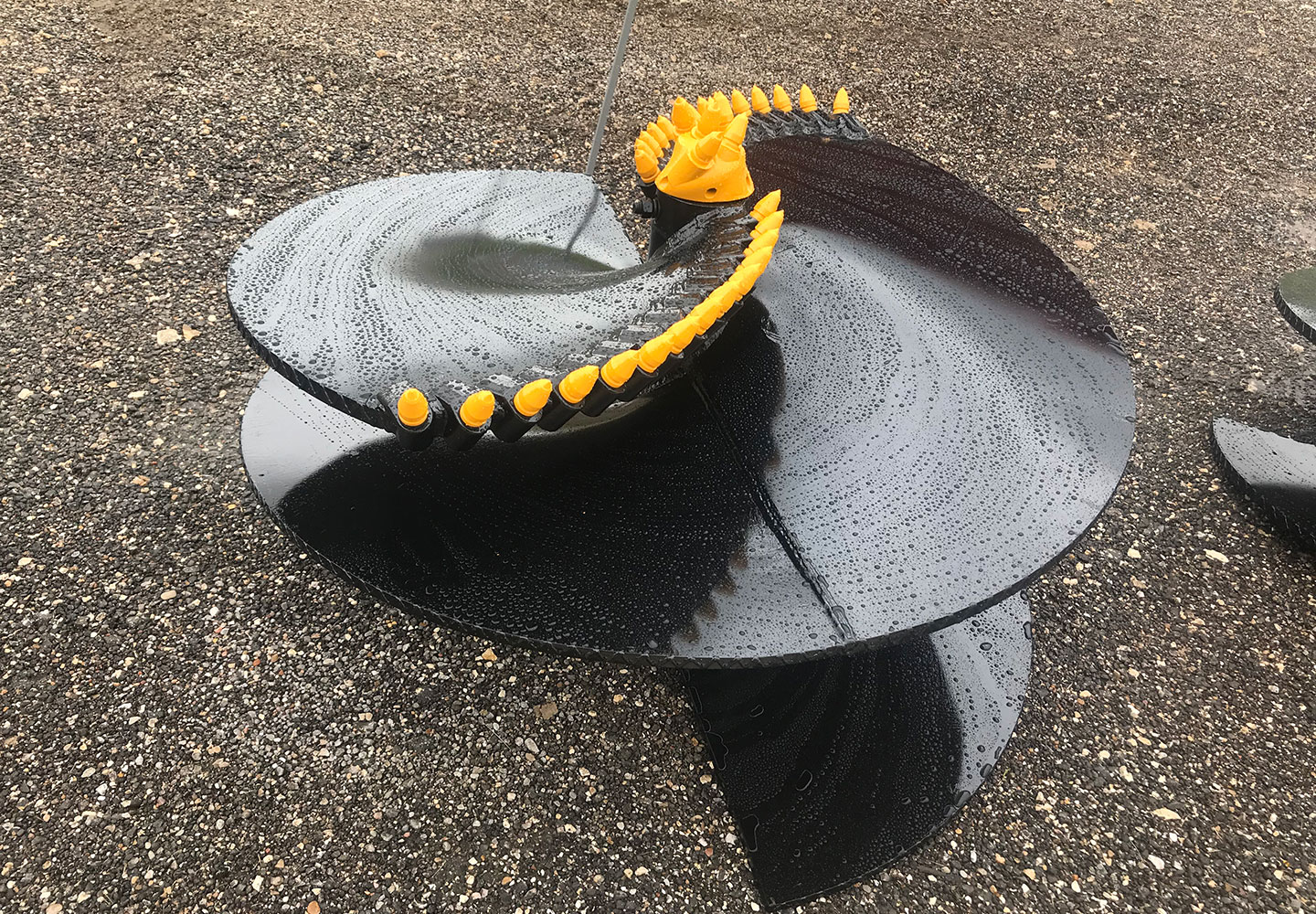 That posed major problems for the business when COVID-19 lockdown restrictions descended on NZ and most of Helix Flight’s export markets. The machinery the business makes is highly-specialised and expensive.

Buyers typically want to get to know the business and touch the products before they make a purchase. Because the requirements of each customer are so unique, Helix Flight works directly with customers rather than through distributors or sales representatives, so it literally serves the world from NZ.

“We've had no new sales for the first four and a half months. That's pretty devastating.”

Helix Flight has had to change its marketing approach, focusing on manufacturers in critical industries that need to ensure the ongoing production of helices during the uncertain global situation, and Coats says that work has paid off.

“We’ve got over 20 projects on the board waiting for a signature. That puts us in a sound position to achieve target turnover in coming years,” says Coats.

Zooming in on customers

While the sales pipeline is looking good, Helix Flight has also radically changed how it commissions and installs its machines. Traditionally, it involved sending a Helix Flight engineer to the customer to oversee installation, an expensive and time-consuming process.

Now the business has mastered the art of remote commissioning, advising the customer on self-installation via the video platform of the moment - Zoom. Tutorial videos and training modules in three languages supplement those efforts.

Helix Flight’s incorporation of advanced diagnostics into its software platform is now paying dividends. Coats can monitor the status of machines all over the world from his smartphone.

“The silver lining to all of this is that, by necessity, we’ve found a new way of working, which is actually quite efficient,” Coats says. 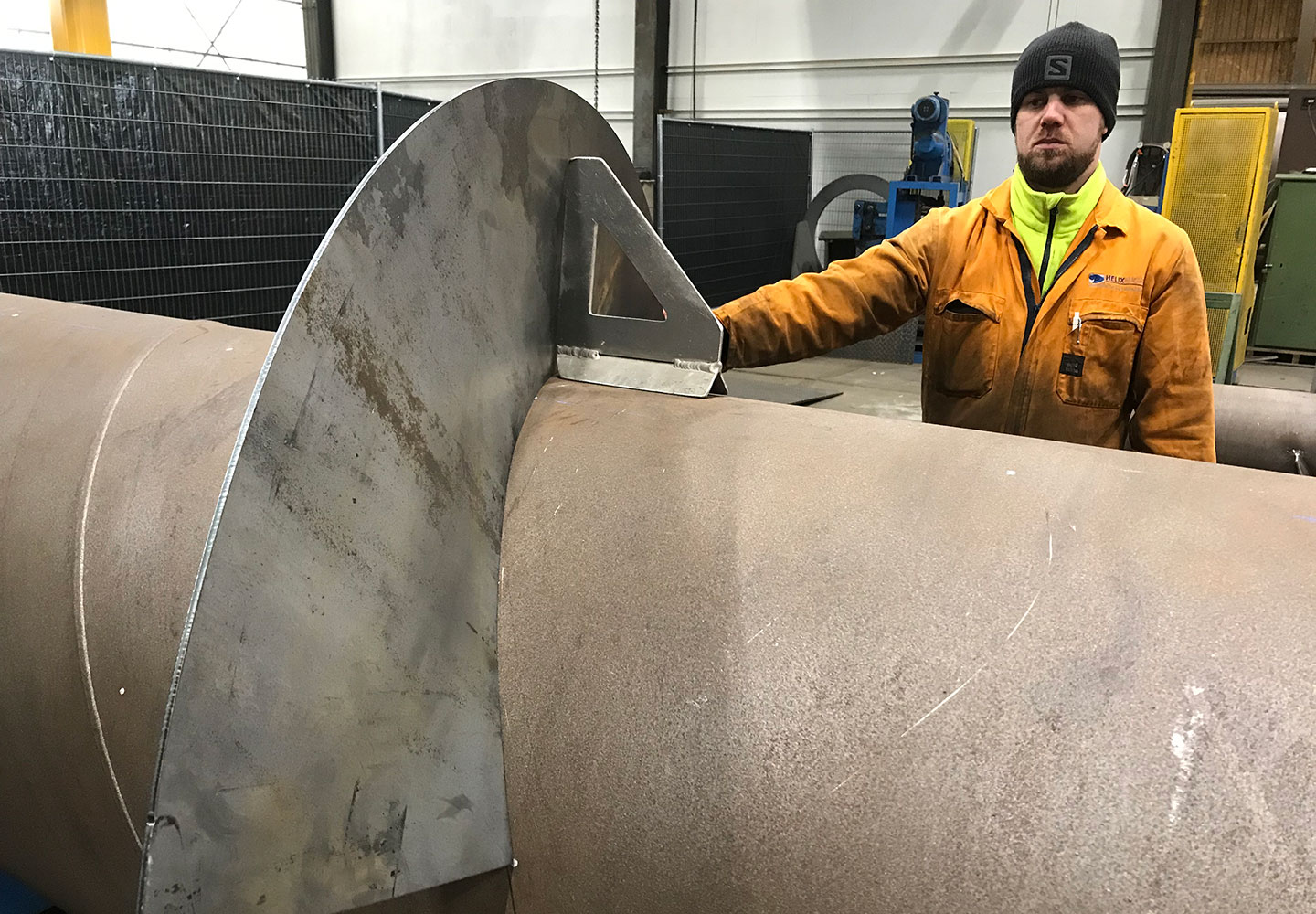 The team is busy overseeing self-installation of its machines in the United States, France, China and the United Kingdom. The pandemic has also given the business a chance to increase its innovation efforts.

“We’re also using this time to work with our new clients and existing machine owners to prioritise R&D projects to enhance our technology,” says Coats.

With the original Helix Flight team still intact, some working as subcontractors, the business has continuity in the ideas and innovations that have built a thriving exporter.

“We still maintain our contacts with Callaghan Innovation when it comes to R&D too,” says Coats.

“Their assistance getting that original funding together has helped us create a multi-million-dollar export business.”