Global SaaS success from NZ base

Kiwi SaaS companies Pushpay and Vesta are proving there really is no place like home when it comes to building a strong engineering and development team and keeping it onshore – even when the business goes global.

It’s a two to five-minute ritual that takes place on any given Sunday in churches the world over.

That crucial window at the end of the service when as much as a third of the donations from church congregations drop into collection baskets.

Christians view giving as an essential expression of their faith. But religious giving has dropped by 50% since 1990 in the United States alone, a trend attributed to the rise of the “nones” – those with no religious affiliation.

Enter a Kiwi company with the determination to – as Pushpay co-founder Chris Heaslip once put it – make giving as simple as “buying a song on iTunes”. Only the most engaged congregations are defying the downward trend in giving and Pushpay’s online donation platform is increasingly powering their fundraising activities. 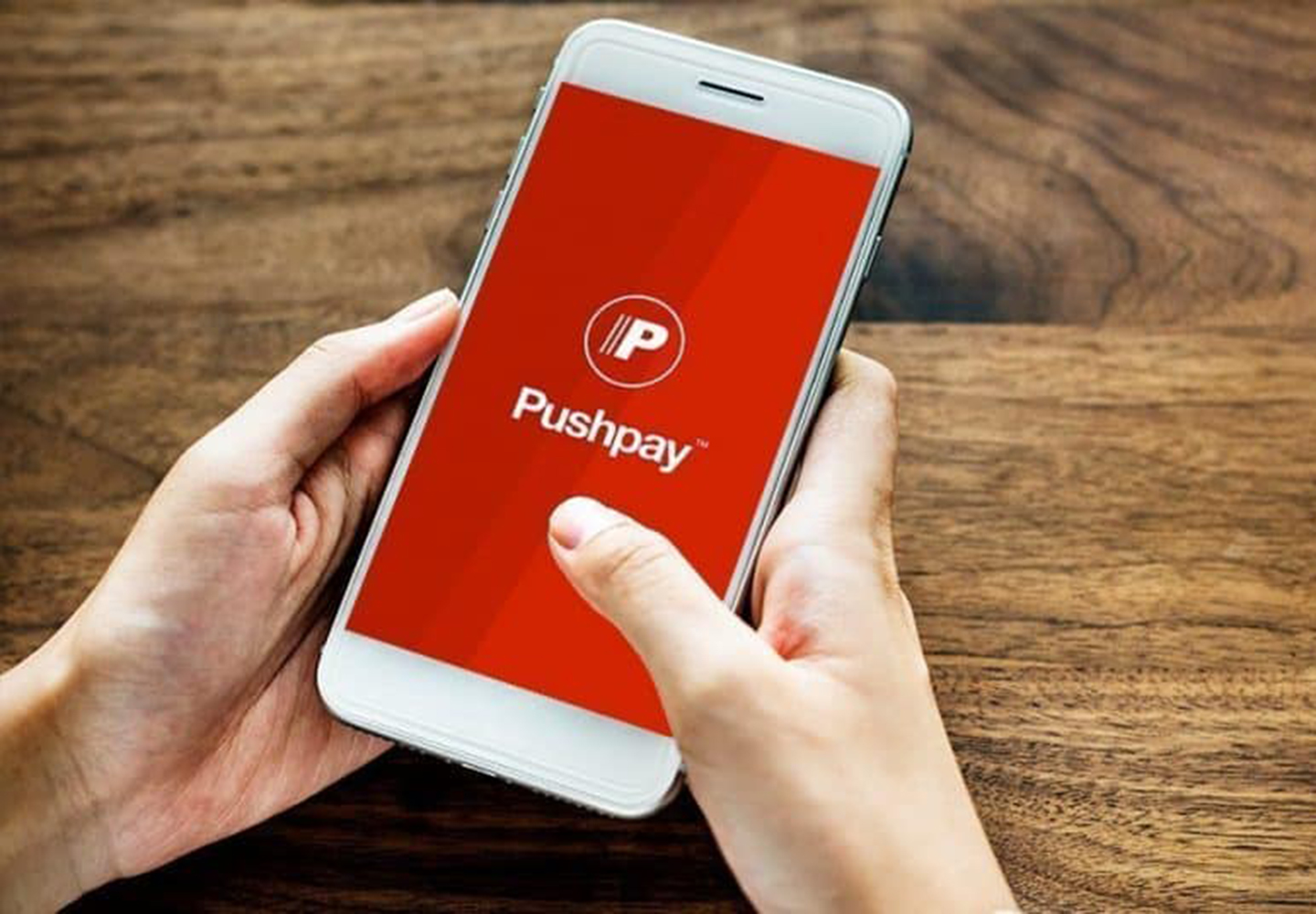 A three-person start-up based above a gym in Glenfield just eight years ago, Pushpay now has just under 400 staff and over 7,500 customers across the US, Canada, Australia and New Zealand.

Pushpay last year processed more than US$4 billion in contributions, allowing churches and not-for-profit organisations to build loyal communities by making it easy and quick for people to engage and make one-off or ongoing donations – whenever they want, wherever they are.

While the vast majority of Pushpay’s business is done in the US, where it is headquartered in Redmond, Washington, the company has maintained its software engineering and product development teams – around 100 people – in New Zealand.

Pushpay’s CEO, Bruce Gordon, says it is fairly common to have a tech company’s software development team working offshore, but less so to have product developers also offshore.

“With our set-up, we’ve found that it’s absolutely critical to have product managers travelling regularly to spend time with our customer-facing teams and to spend in-depth time on site with prospects and customers.

“We’ve not found any reasonable substitute for aeroplanes for this,” says Gordon, Pushpay’s former chairman and an experienced tech industry manager who took over from Heaslip in June.

But it turns out that increased travel is a small price to pay. Keeping its powerhouse of development locally based has allowed Pushpay to attract the best people.

“New Zealand has unusually high quality software development talent,” explains Gordon. He points to a recent analysis of coding tests that showed New Zealand developers scored highest internationally on coding proficiency. Our Kiwi developers are great, but Devskiller, the group behind the report, puts our top score down to our ability to also attract the best developers from around the world.

“We also have significant cost advantages, currently, compared to the tech hub cities of the US,” adds Gordon.

“On a cost basis, we have the foreign exchange rate working in our favour, earning USD and paying salaries in NZD.”

Salary expectations for New Zealand-based developers are significantly lower than in the “first tier” tech hubs, such as San Francisco, Seattle and New York, or the “second tier” hubs such as Austin, Portland and Raleigh.

“In practice this works out to a 50 to 60% discount compared to hiring US-based developers,” says Gordon.

“This has resulted in a high-performing team that’s been able to react to the level of growth the organisation has achieved.”

From Orewa to Austin

The same factors are keeping development onshore for cloud-based product data sharing platform Vesta, which helps retailers and their suppliers share and collaborate on everything from product photography to pricing to keep both parties in sync at all times.

Vesta’s CEO and founder, Charles Nicolson, increasingly spends his time in the US, where Vesta has established its headquarters in Austin, Texas. But his development team has remained Orewa-based, albeit with a distinctly international make-up.

“Our engineers – attracted to New Zealand from around the world – come with experience from companies and development teams significantly bigger than the majority of New Zealand companies, so can help lead the way in global best practice,” says Nicolson.

“The net benefit for New Zealand is we train and grow highly-skilled software analysts who can focus on solving problems and use their time effectively on R&D into the latest technology, while leveraging lower cost offshore coding engineers to carry out the implementation.”

A “continuous feedback loop” with customers has been critical in making sure Vesta’s development team can meet the needs of its US platform users. To achieve that feedback loop, Vesta regularly meets with customers, analyses platform usage metrics and monitors support tickets to identify trends and pain points.

“Combining customer feedback with usage statistics that show us where users are spending the most time on our platform helps drive product development,” says Nicolson.

“This information is critical in assisting us to solve problems and remove barriers in the digital supply chain, which soak up hundreds of hours a year for retailers and their suppliers.” 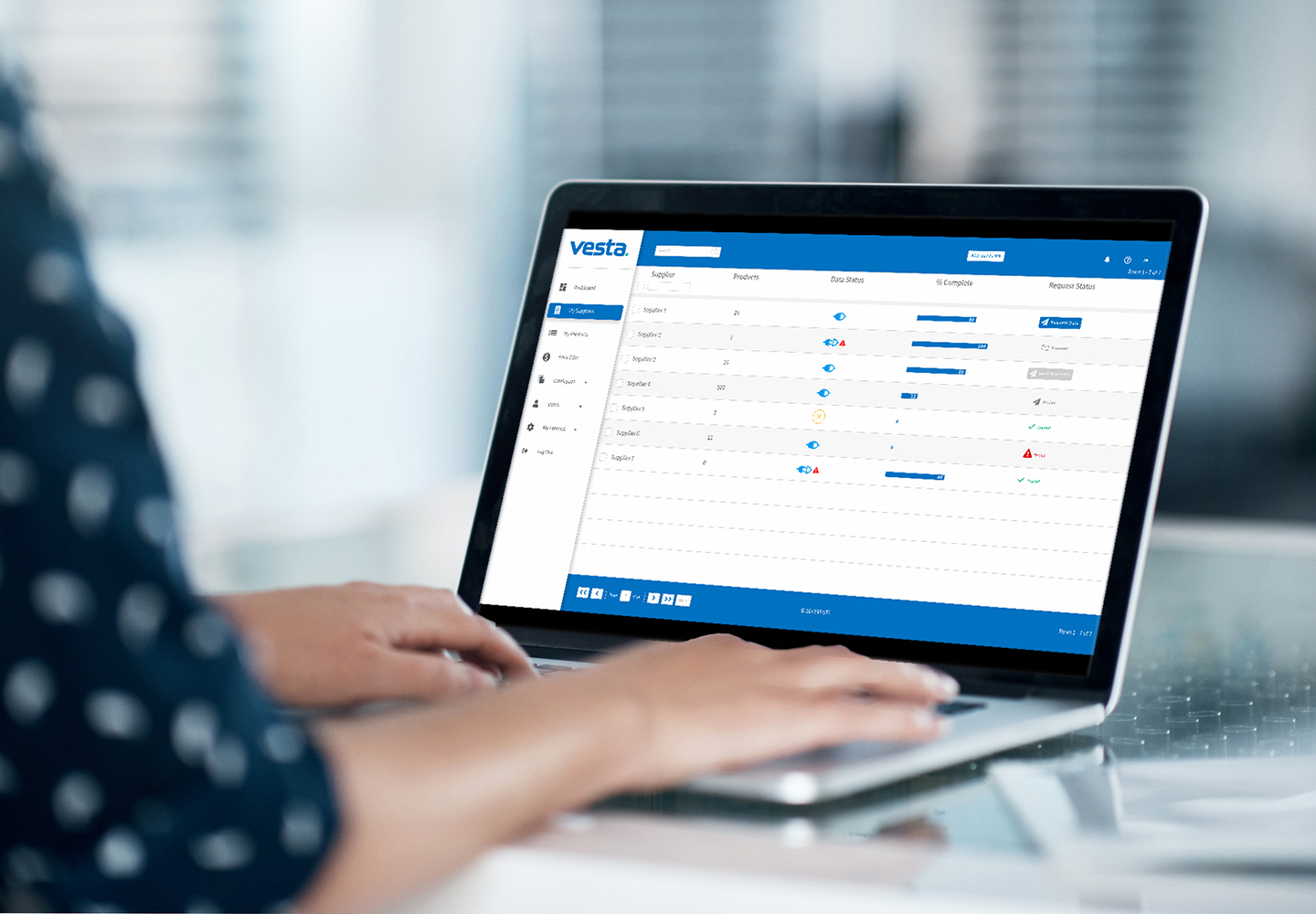 The Vesta teams make good use of messaging, collaboration and video conferencing tools, like Slack, Zoom and Jira, while flexible working hours and a well-structured work from home policy allow staff to adjust their hours to overlap time zones.

Keeping development at home has also gone down well with investors in both companies as the result has been industry leading software and products.

Integral to building their engineering and development teams were grants from Callaghan Innovation to support R&D. In Vesta’s case, the resulting R&D allowed the company to expand into cutting-edge technologies such as artificial intelligence, machine learning and image recognition, in collaboration with local universities.

“They also have a strategic talent recruitment strategy that utilises Callaghan Innovation Student Grants and they embrace the connections we provide and the learnings available from Southern SaaS and other initiatives we run.”

“Callaghan Innovation’s support of the SaaS community, through programmes like Build for Speed, the annual Southern SaaS conference and the free online Scale-Up NZ platform, can  help other software companies maintain strong development capability as they grow.”

Callaghan Innovation Growth Grants – now replaced by the R&D Tax Incentive – allowed both companies to bolster their R&D efforts as they grew.

“Where we have identified opportunities, which were heavy lifts in terms of time and resources, Callaghan Growth Grants have allowed us to make some longer-term strategic investments in our product roadmap by offsetting short-term R&D costs,” says Pushpay’s Gordon.

Such efforts have allowed Vesta and Pushpay to scale faster, offering lessons for other software companies in how to foster local development teams while going global.

Scale-Up New Zealand: Connecting the dots in the innovation ecosystem so we can grow our innovative Kiwi businesses.