With more than 75% of our native freshwater fish either threatened with or at risk of extinction, and almost half of our lakes in poor ecological health, NZ’s freshwater ecosystems face unprecedented pressure.

But Wellington-based Wilderlab is developing a new tool, harnessing the power of environmental DNA (eDNA), which it hopes will help fight that rising tide of threat. “We’re primarily testing water, and generally for use in biosecurity and conservation – looking for rare and threatened species, or incursions of pest mammals, fish or plants, as well monitoring ecosystems,” explains Wilkinson.

With Callaghan Innovation support to commercialise its research and development (R&D) , Wilderlab is also creating a new tool, TICI (pronounced ‘tiki’). It harnesses vast amounts of complex eDNA data to give users a simple and easily understood ‘health rating’ for an entire ecosystem, such as a river or stream.

“Whole ecosystem monitoring is something we’ve been trying to achieve as a country for a long time, but how you actually do that is easier said than done,” says Wilkinson.

“With eDNA, using relatively small samples we’re able to look at all the genetic signatures from the tree of life across an ecosystem.

“The real value-add comes from developing metrics and insights from that data, because people can then use it to inform their management decisions. They can say ‘hey, we’ve seen a decline in this catchment over X years, so we need to allocate more funding to restoration projects in this area’.”

What is eDNA testing?

When living things move through an environment they leave behind tiny traces of themselves – skin, scales, hair – containing their genetic material. From a small sample of water, soil or air from an environment, eDNA testing identifies the genetic signatures present, which are then matched to a reference database to identify species.

It was during another academic search, of crocodile-infested waters in Timor-Leste, that the idea for Wilderlab was sparked.

After completing his PhD, Wilkinson gained a Rutherford Foundation Postdoctoral Fellowship in 2016 to carry out eDNA surveys of the country’s understudied coral reefs.

During that time he regularly travelled to Perth, training in eDNA testing by running his samples through Curtin University’s eDNA laboratory – at the time run by DNA expert and Kiwi Mike Bunce.

“When I came back from Timor and realised there was no one offering a commercial eDNA service that the general public could use, I took a chance that people would like one – and people have embraced it.”

Wilkinson wanted the service to be quicker and cheaper than incumbent options, and Wilderlab has developed its own sample collection kits and laboratory workflows to support this.

“When I did my eDNA training it took up to a month to go from taking a sample to getting data out the other end. Now someone in Nelson can take a sample on Wednesday, we’ll sequence it on Thursday and they’ll have the results on Friday.

“There’s a hell of a lot of science that goes into that, and being able to turn around results in 24 hours is pretty game changing. It’s breaking down barriers to accessing this technology.” 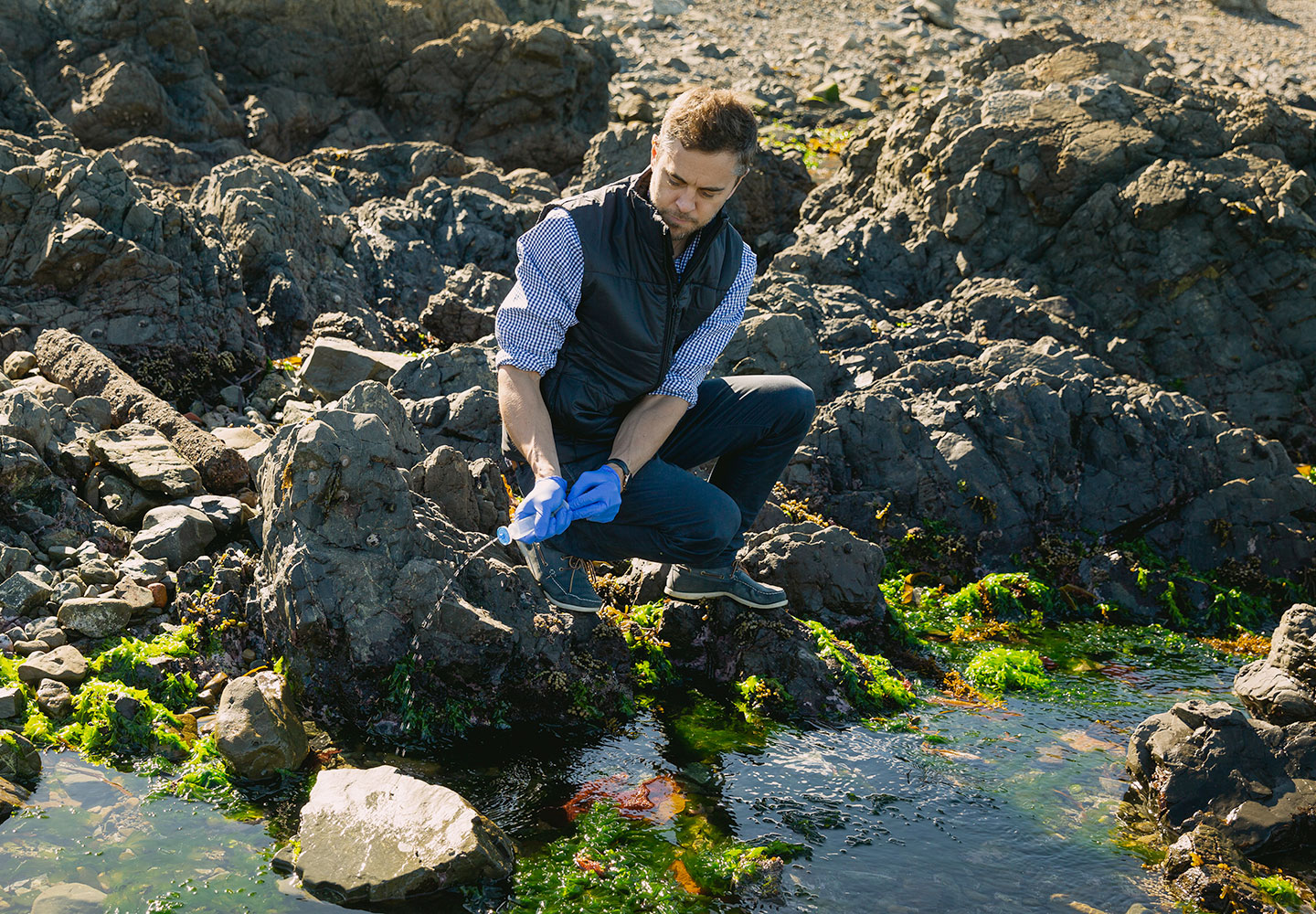 Wilkinson is most excited, however, about the technology’s potential to monitor whole ecosystems.

Harnessing the sheer volume of information involved in that process, and packaging it into a form that’s easily digestible and provides fresh insights for clients, is the focus of the business’ own R&D programme, supported by Callaghan Innovation.

Traditionally, eDNA testing produces a species list for a client, outlining the organisms present in a sample.

However, Wilderlab’s TICI (taxon-independent community index) goes further, assigning a value associated with water quality to those species, then aggregating those values to provide an overall health score for the ecosystem.

Callaghan Innovation grants have been crucial to undertaking the work.

An R&D Career Grant more recently supported a Master’s student to work in the business, whose role has included legwork ground truthing assumptions being made by the TICI, to ensure its accuracy.

When the grant comes to an end, she’ll join the Wilderlab team full time.

“We wouldn’t be doing a fraction of the R&D work we’re doing without Callaghan Innovation. The support we’ve received has really driven the advances we’ve made in technology, which are particularly important in the eDNA field, because it moves so fast.”

As well as getting the TICI up-and-running to provide better insights for NZ customers – and ultimately better health for our freshwater ecosystems – the business is looking offshore.

“We already do work in Australia, but we could potentially access many offshore markets by people sending us their samples. There’s a huge amount of interest in the technology, it’s just a matter of scaling up to meet that demand.”

Add a PhD or masters graduate to your R&D team to stimulate innovation.