Whether tap-and-go donations at church with Pushpay, in business with Xero's accounting software, at the museum with Dexibit's cultural data software, or during halftime with DropIt's reverse auction service – Kiwi companies selling Software as a Service (SaaS) are reeling in global revenue and customers.

With San Francisco being a fertile ground for growing SaaS companies, our Kiwi entrepreneurs returned from 2018 SaaStr inspired and hungry for rapid expansion – but focused on accelerating in an intelligent way.

The 2018 SaaStr event was the trigger point that enabled us to bring the community of Kiwi SaaS founders and leaders together. Having so many Kiwi businesses together at a global event makes those in the know notice. Plus for each Kiwi delegate the energy from the cohort and the shared learnings, friendships and experiences will be of ongoing value over time.

SaaS companies are known for their ability to achieve speed, scale and volume. One company we spoke to in San Francisco went from $1-$50 million revenue in 3 years, another in 3 years now has 70 staff. That level of growth is phenomenal.

NZ is an attractive place for R&D

It became very clear on our trip that New Zealand is a really attractive place for companies to base their R&D activities - in this case software development.

In San Francisco you’d be looking at a cost of about $140K-plus for a graduate. In New Zealand it would be a fraction of the price, plus we have a government committed to supporting these high growth businesses via Callaghan Innovation and NZTE.

While in NZ we struggle to find leaders with startup experience, finding dedicated research and development talent isn’t a problem. In the US there is a faster churn rate where experts and employees don’t stay long because there is a huge appetite for hiring.

In the Bay Area of San Francisco you’d have a 13-month churn rate. Basically you’ve barely hired your expert and they’ve taken up another opportunity elsewhere.

In the US you have a $US75 billion capital market and it’s much different here. Even with the NZ capital we do have, there is a way to go to build a productive risk appetite.

It’s why many of our startups either list overseas, receive foreign investment, or are acquired by big multinationals - local investors aren’t signing up. We’re definitely seeing healthy international investment interest in some of our Kiwi startups and R&D projects.

It has a lot to do with the way Kiwis define and engage with risk. We are getting better, but we’ve got a lot of work to do to shift our traditional mindset. As Doblin’s Larry Keeley told us recently, the ultimate paradox is that the boldest and seemingly riskier ideas are actually the easiest to succeed.

Storypark is using research and human-centred design in their service platform to help document and support children’s learning.

“It’s important being able to meet other CEOs and founders of companies and be able to talk about everything from how they structure their business, to how they reach their customers, to how they develop their product,” says Storypark’s Jamie MacDonald.

Feature IT's SaaS solution helps businesses make sense of the magnitude of data they are accumulating from a range of sources every day. Clients can mix and match their different functional software and cloud computing applications for smoother collective insights.

“It's about SaaS being an ecosystem of a lot of solutions that need to work together. That's the exciting part, for NZ to be a part of that,” says Penny Anderson of Feature.

Unison, traditionally a power lines company, is also in the SaaS business.

“People share the challenges and how they overcome them. That's definitely useful because if we are entering this new industry, we have to enter it with our eyes wide open and understand the different challenges,” says Unison’s Thahirah Jalal. 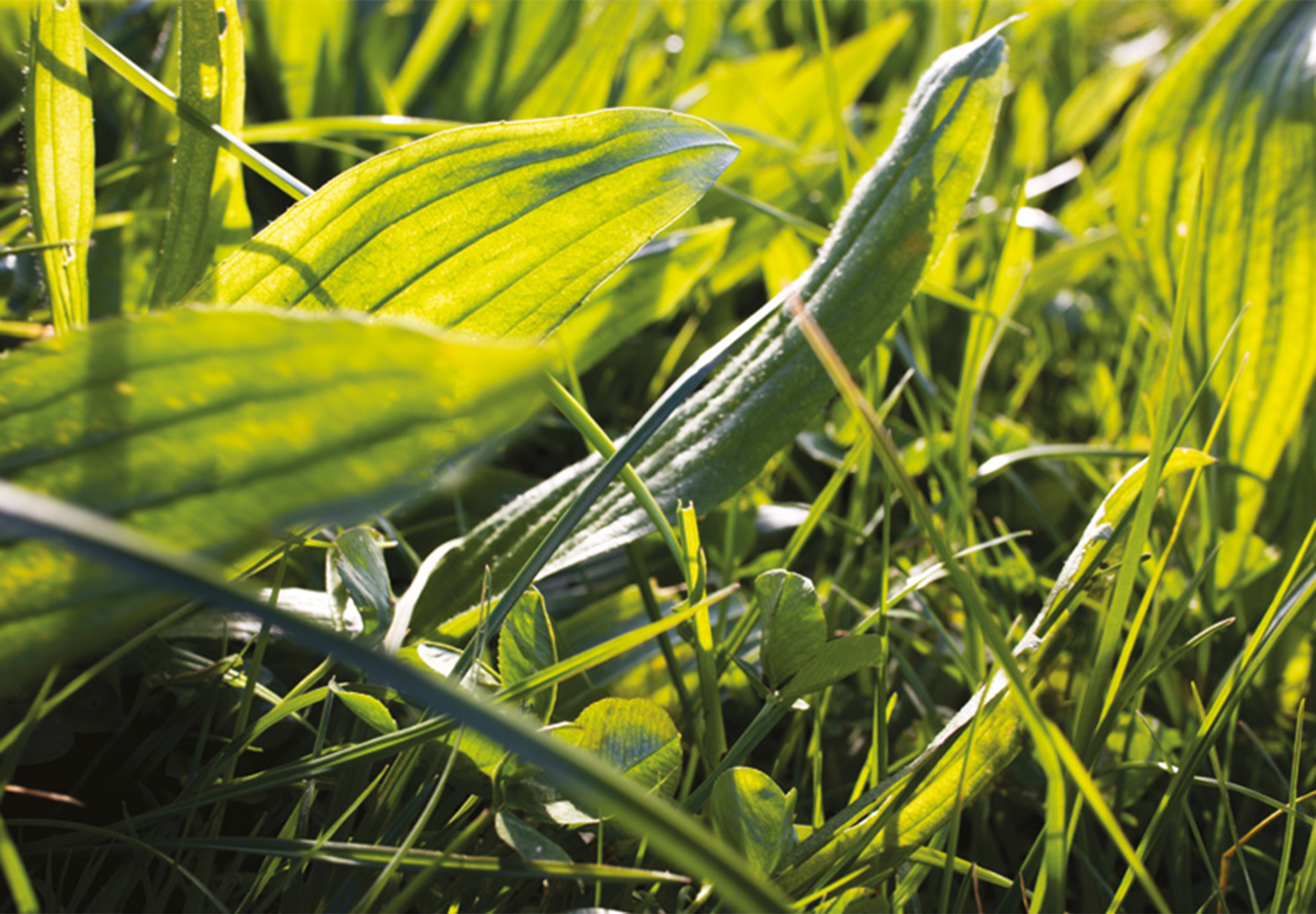 Humble weed the antidote to farming pollution problem
The country’s waterways will be cleaner thanks to a joint effort proving that a leafy green holds the key to tackling nitrogen leaching.
Read more... 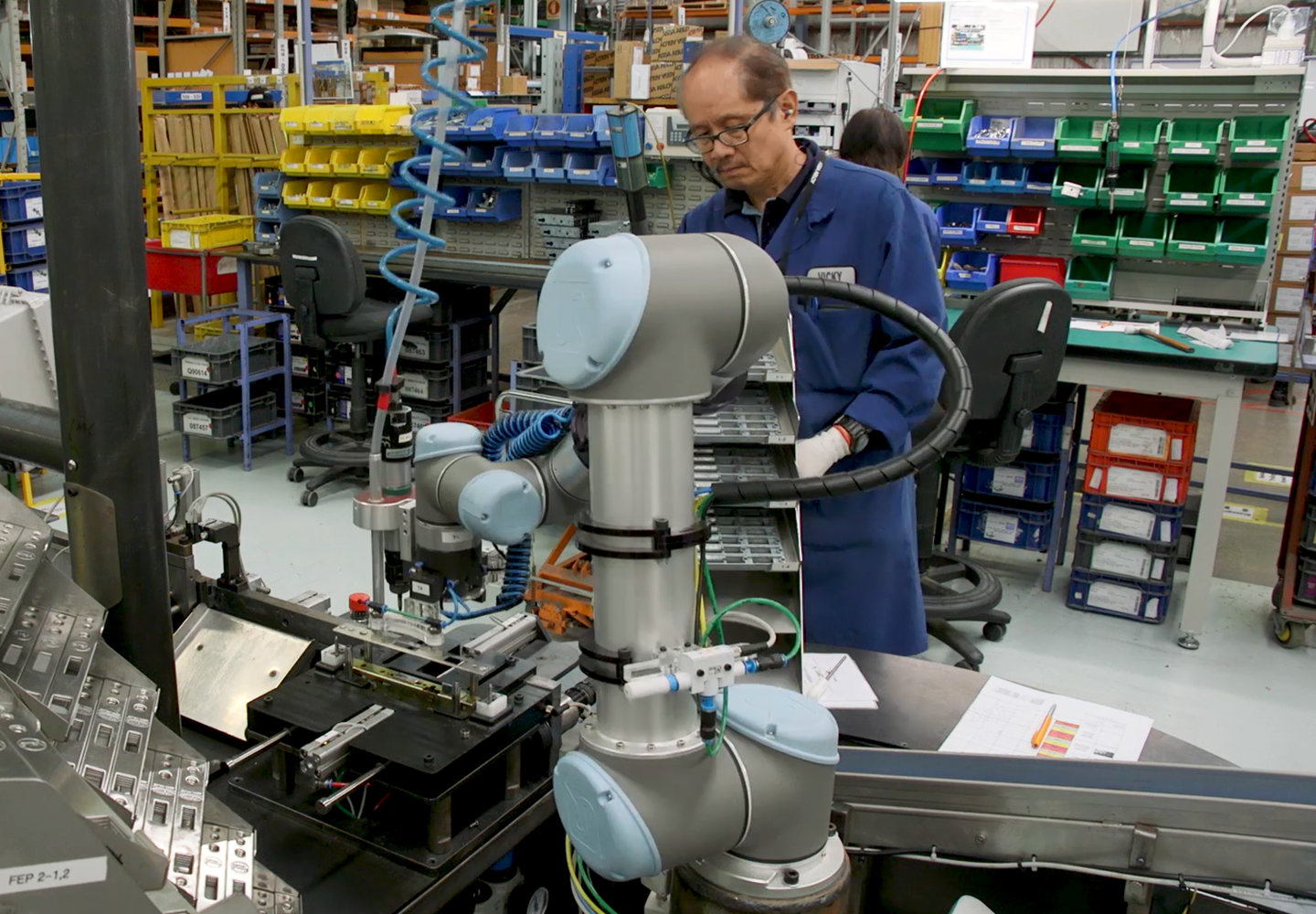 Getting cozy with cobots
‘Victoria’ is shaking things up at door and window hardware manufacturer Assa Abloy.
Read more... 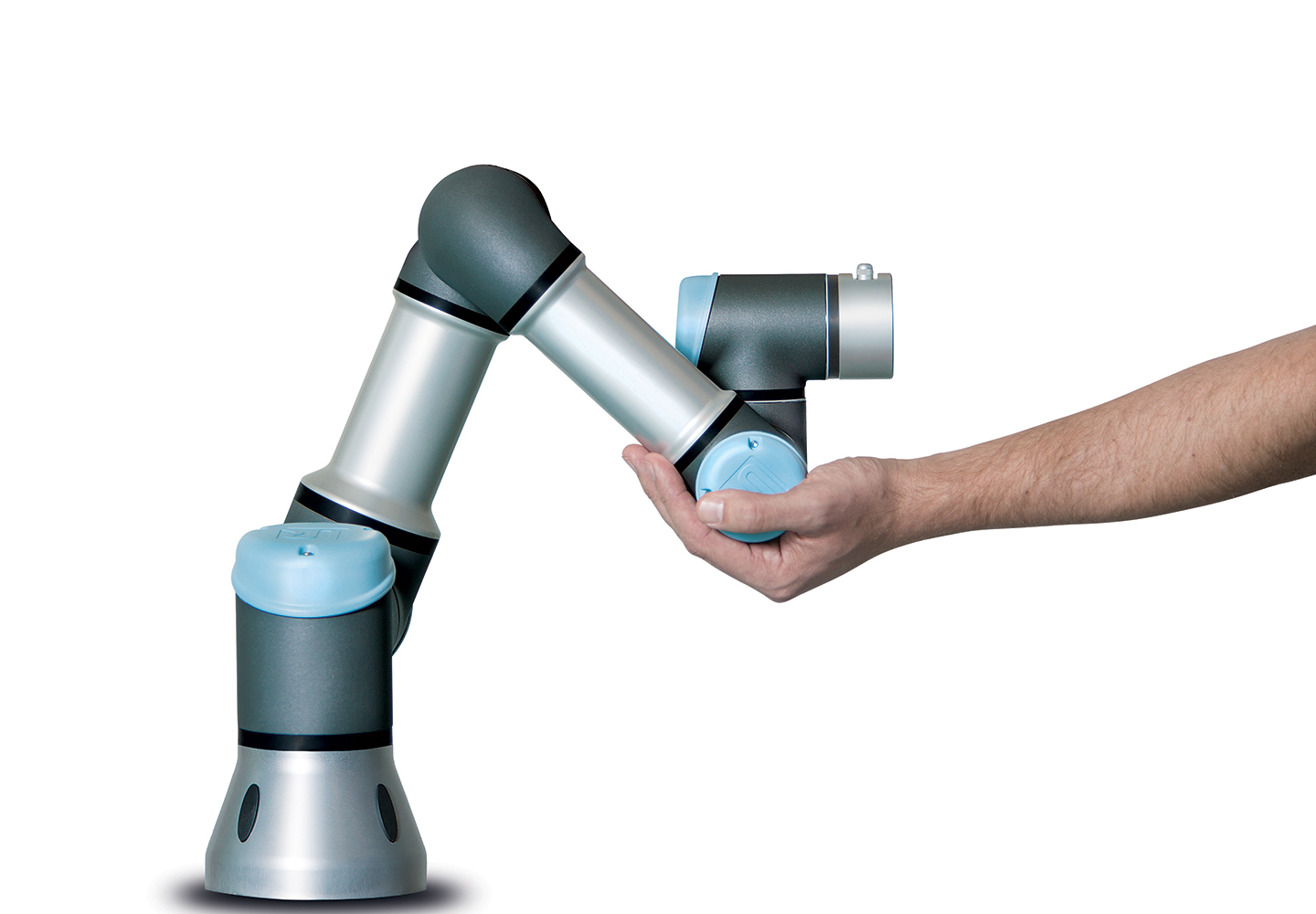 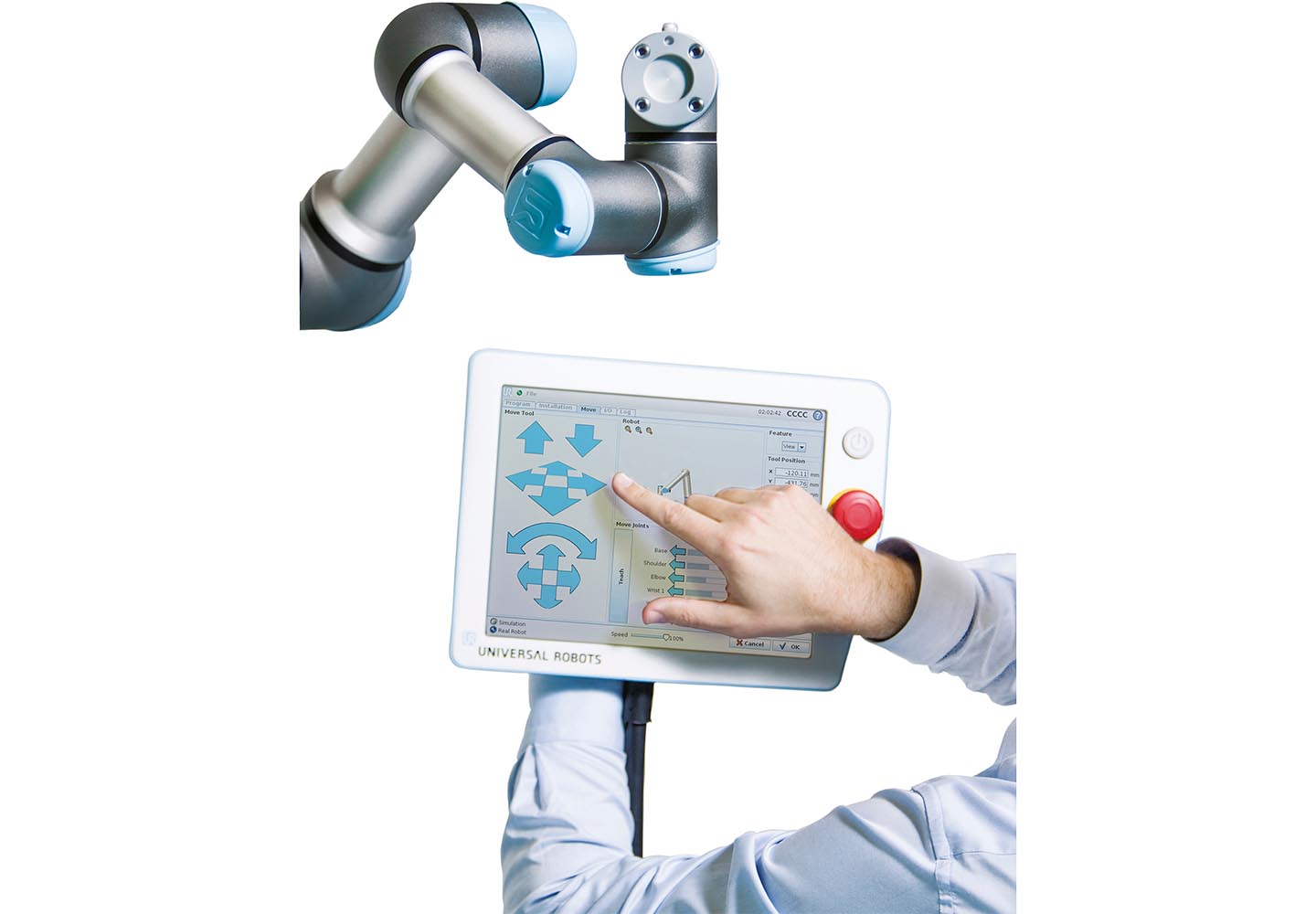 The science behind products that sparkle and shine

Picture two cars in a showroom – one is coated in a dull, rough paint, while the other is glossy, with a hint of metallic sheen. Which one would you choose?

You’re not alone – it has been repeatedly shown that for ‘luxury’ products like cosmetics or automotive paint, appearance has a significant impact on consumer choice. Appearance is also important at the quality control level, because it can often flag issues with the reliability of production techniques to manufacturers.

But accurately defining the characteristics that give an object its unique appearance is not without its challenges. Size and shape may be easy to measure, but what about visual attributes such as colour, gloss, texture, translucency or sparkle? Believe it or not, many industries rely on characterisation and quality control carried out ‘by eye’, making it highly subjective. With manufacturers of special-effect pigments producing ever-more sophisticated compounds, there is a clear need for measurement standards in this space.

That’s where the Measurement Standards Laboratory (MSL) comes in. Through a Joint Research Project – xDReflect – that involved seven other National Measurement Institutes (NMIs) and twenty industry collaborators, they developed traceable tools and methods to optically characterise a range of novel surfaces. The xDReflect team mostly explored glossy materials and goniochromatic (often referred to as iridescent) paint, which changes colour when illuminated or observed from different directions. To characterise these surfaces, they had to measure light scattering, and for that, they used MSL’s new, primary goniospectrophotometer.

Goniospectrophotometers are instruments that can directly measure an object’s bidirectional reflectance distribution function (BRDF) – a factor that precisely defines how a surface scatters light at different wavelengths, making it a key contributor to a surface’s appearance. Within the project MSL developed a new detector in collaboration with the Czech Metrology Institute that has a very wide dynamic range. This allows it to accurately characterise dark surfaces, which are typically challenging because they scatter so little visible light. One result of the research project is that the MSL system – built here in NZ – is now one of a small number of traceable goniospectrophotometers in the world. In addition, the project team developed a common language for the measurement of light scattering, which will be integrated into documentary standards for gloss and BRDF in a follow-on project called BiRD. Further work will establish definitions for sparkle and graininess.

These tools will provide industry with ways to objectively, and traceably, characterise materials with novel optical properties. And with collaborators that included Toyota, BASF, Maymó cosmetics and Saint-Gobain, we can expect many more products that use science to stand out from the crowd.

Can we help you?

We understand that every R&D problem is unique, so why not contact us to discuss your specific needs? The first hour of advice is free, and new R&D customers may be eligible for a discount (up to 50%) for consultancy services.