When Icehouse Ventures began offering an accelerator programme back in 2015, it looked a lot like many of the others that were emerging around the country at the time.

Icehouse drew on the experience of Wellington-based Creative HQ and its pioneering Lightning Lab accelerator programme. Icehouse delivered Lightning Lab over two years, a three-month programme designed to equip founders with the fundamental skills to run a startup.

“It was a great experience for founders,” says Barnaby Marshall, a Partner at Icehouse Ventures responsible for the accelerator programme.

“But very few of the businesses secured funding beyond what they received as part of the programme,” he says.

“We had a fail-fast mentality. But we looked at the model and thought, what can we do to influence the rate of success?”

As Aotearoa’s largest startup investor Icehouse Ventures has made a name for itself as one of the go-to places for high-growth businesses to attract funding. Seeing fledgling businesses fail to get to the next level went against the grain.

In 2017, a new accelerator programme was launched. The number of participating businesses was cut from 12 to six. Now each business received a $100,000 investment from Icehouse Ventures, up from $20,000. The programme was also extended to six months.

“We still taught some of those great Lightning Lab specialist skills, through training workshops and group learning,” says Marshall.

But this was Icehouse Ventures signalling its intent to invest more in a smaller cohort of businesses, and work with them until they were an attractive proposition to would-be investors.

We are a hands-on early-stage investment fund,” he explains.

“We work with early-stage businesses for an extended duration in a boots-and-all kind of way. If the businesses can’t attract follow-on funding as a result, we’ve done something wrong.”

The new formula has worked well. Of the 31 participants in the accelerator since 2017, 89%  have gone on to raise funding – $40 million in total. While one business accounts for a quarter of that amount, numerous businesses have attracted more than $1 million in seed funding. Two have already been acquired and only two have failed.

“The evolving startup funding landscape also necessitated change. We’re regularly seeing a $500,000-$1 million funding round now where it would have been $100,000 round previously,” Marshall says.

Icehouse Ventures has a track record of backing successful digital-first ventures. But Marshall said it has ‘widened the aperture’ in recent years.

“We invest in people who have deep insight into an industry and are ambitious to build a global business,” says Marshall. 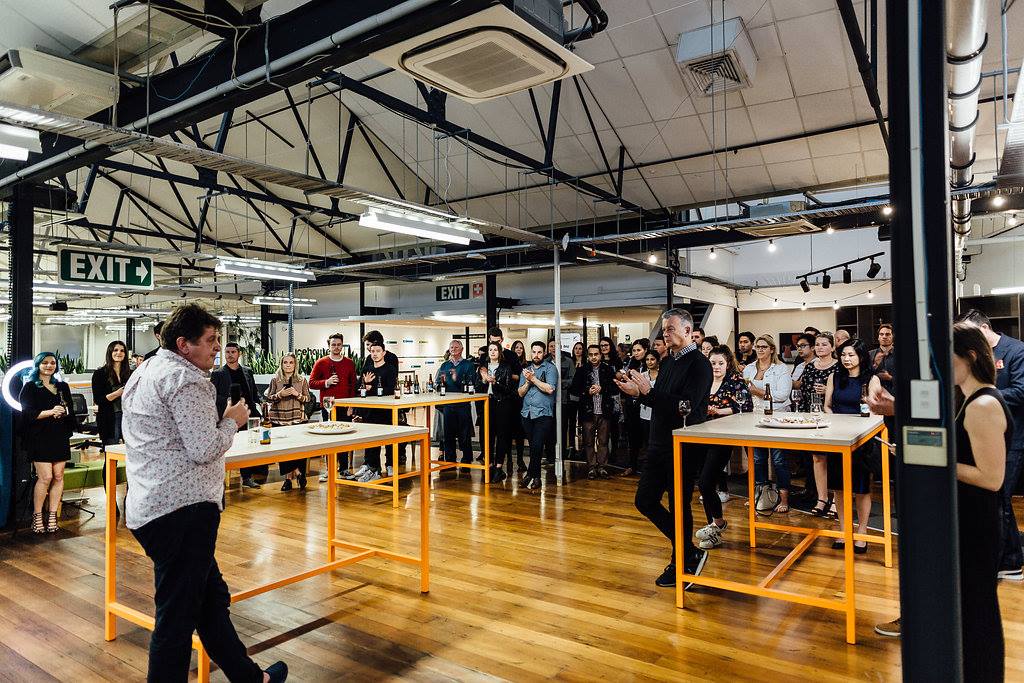 The $100,000 each participant receives is a true investment – Icehouse Ventures takes an equity stake in return and offers mentorship, and introductions to its large network that regularly result in business opportunities and further investment.

“Because we’re supported by Callaghan Innovation, we have traditionally not charged management fees, all of the money is invested in the businesses,” says Marshall.

“That has really resonated with potential funders. It means we can enable businesses to do more, and achieve more of their vision from the outset.”

One such business is FirstAML, which came to Icehouse Ventures to develop its service to help lawyers, accountants and real estate agents easily comply with anti-money laundering laws.

“It was about outsourcing the due diligence process to FirstAML, but they were really an outsourced human resources shop,” says Marshall.

“The idea of them building a technology platform to populate with these AML entities to automate part of the process was a seed that hadn’t germinated yet. Over the course of six months we nourished that,” he says.

“They hired their tech team while they were here with us,” adds Marshall.

“They are now well-funded, have an awesome product, and an awesome culture.

“Helping foster that culture is part of the Icehouse Ventures process; it’s setting the values and the way your business works, your way of making decisions,” he adds.

Marshall points out that it's an exciting time to be working with startups, as a host of great Kiwi businesses that were once fledgling businesses themselves achieve exits with large valuations.

“From the five years of this programme in its current form, the results have been awesome. Many of these businesses will go on to achieve great things.”